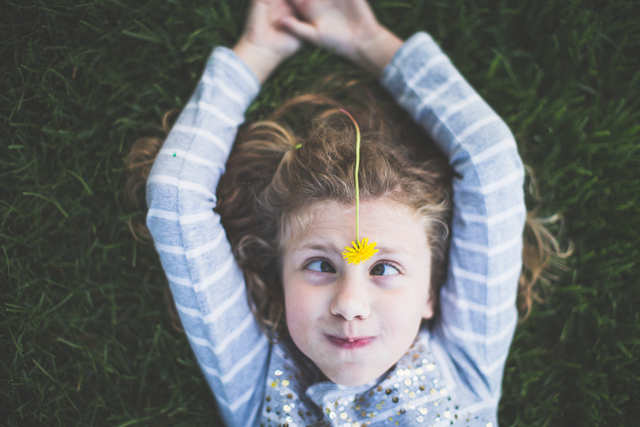 byMichelle Wilson, excerpted from "Does This Insecurity Make Me Look Fat?" | Dec. 27, 2018

A few years ago I was called to teach the CTR5 Primary class. At the beginning of class every Sunday I would give each child a few moments to share a piece of exciting news or an announcement. Inevitably, at least one of the five-year-olds in the class would announce they had just been to or were about to go to Disneyland—even though it usually wasn’t true. They also would often give detailed accounts of injuries and bodily functions. Best of all were the funny stories they would tell about their parents—the kind of stories I know parents would not want their children to tell.

One Sunday, an adorable little blond curly-haired boy announced that “when we were driving down the street, we saw some guys riding motorcycles. They were doing tricks, so my dad called the police.”

Another Sunday, at the end of a lesson on keeping the Sabbath day holy, I asked the children to think of something they could do when they got home to show Heavenly Father they loved Him. One of them named reading the scriptures. Another named praying. Then a sweet girl with wide eyes and long blonde hair said, “I’m going to watch Sponge Bob b’cause my dad says that Sponge Bob is the best thing ever and he watches it every day. Even sometimes when I am in bed.”

I will refrain from immortalizing some of their other revelations in print. Suffice it to say that children have an overabundance of energy and a severe lack of discretion. They will tell you if they think you’re fat or mean or your cooking is bad.

I once stopped a young boy who was barreling down the hallway at church. I leaned over and sweetly said, “Now, honey, you shouldn’t run in church.” He looked at me and said, “Your breath stinks” and then sprinted off toward the foyer. I straightened up to see three other adults within earshot staring at me. With flushed cheeks, I pointed to my mouth. “It’s the cinnamon gum.”

Out of the mouths of babes. You gotta love ’em—but I don’t trust ’em.

I tried to coach them on what was appropriate to share in public and what wasn’t. We were all doing just great—until the Mother’s Day Tea.

On the Friday before Mother’s Day at my children’s elementary school, the first grade class held a Mother’s Day Tea. My oldest daughter invited me to her classroom for juice and cookies, where she and the other students would take turns reading poems they had written about their mothers.

The mothers beamed as their well-groomed children read verses about flowers and hugs, puppies and laughter. I smiled wide as my daughter stood up to read hers. She looked like a little angel. She shuffled her feet, took a deep breath, and smiled sweetly as she began to read her poem:

I sat there with a proud smile. Kids don’t lie. See? I was a good mom.

My adorable daughter came and sat down on my lap. She smiled again as she asked if I wanted to read the other poems she had written in her book. I was so pleased with the first one that I could hardly wait to see what other brilliant words she had penned about me.

My smile faded as I read another one of her poems:

Is as sweet as terror.

Is as strong as an ox.

Is as pretty as a horse.

My daughter beamed with pride. “One more, Mom,” she said. I wasn’t very excited about the one I’d just read, but there was no way I could have prepared myself for this masterpiece:

My mom spanks me a lot.

My mom is mad a lot of times.

My mom is torture.

I looked up at my daughter, who was grinning from ear to ear. What could she be thinking? I mean, I may have spanked my children a time or two, but I had done nothing that would warrant this. Yes, I was a little irritable at times, but I didn’t think I had an anger issue.

My cheeks warm, I looked around the room at the other mothers. They were still smiling at their sweet, innocent little angels who had written so many wonderful things about them. I looked back at the demon-child on my lap. Traitor, I thought.

Out of the corner of my eye I saw the teacher walking toward me with her hand over her mouth.

“I—I have no idea where this came from,” I stammered.

“I know.” The teacher lowered her hand, revealing a grin. “If it were any other parent, I would have called the police, but I know you well enough to know that it’s not true.”

Relief replaced horror, but it was soon overtaken by anger. I turned to my daughter. “What on earth were you thinking?”

Still wearing a sweet smile, she said, “Mom, I thought it would be funny.”

I’ll show you funny, I thought. No ice cream for lunch tomorrow. Who will be laughing then?

The teacher’s smile turned into a laugh. “You should be grateful the poems stayed in the book,” she said. “She wanted to read all three of them in class, but . . . I thought that probably wouldn’t be the best idea.”

“Thank you for that,” I replied wholeheartedly.

I turned back to the beast—I mean my daughter—who, for some mysterious reason, was still smiling. I raised my eyebrows (Mom-code for “This is gonna get real”) and said, “Well?”

She threw her arms around me. “Mom, I love you. You’re not totally torture. I just wanted to be funny—like you.”

I hugged her back, unable to stay angry. She was so cute, and, yes, she was really funny—but I was everlastingly grateful that the teacher hadn’t let her read the other two poems in class. I might have died. I was also grateful that the teacher had the ability to look beyond my daughter’s slanderous (albeit humorous, well-written, and completely false) statements. She knew the poems didn’t define me because she knew the kind of person I was. 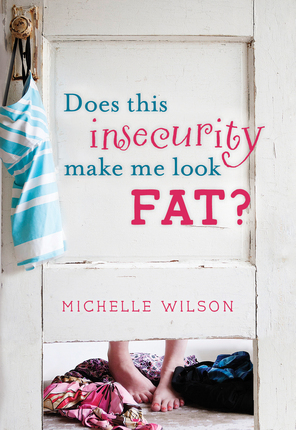 • Why do clothing stores hang fun-house mirrors in their dressing rooms?

• The laundry doesn’t cry when it’s not folded, so why should I?

• Can I be confident even if an elevator calls me fat?

Michelle Wilson’s humorous yet poignant insights help women examine the limitations we place on ourselves out of insecurity and self-doubt. We have faith in God, but do we know that He has faith in us?

When we see ourselves with God’s eternal perspective, we can feel confident and whole—even in our imperfection. Just think what we might accomplish if we truly believe that we are more important than we know, stronger than we realize, and extraordinary in every way.