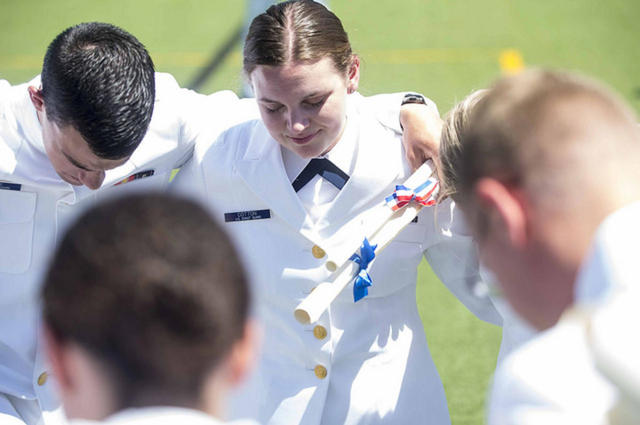 RM, Female Graduate from Coast Guard Academy Shares How She Stays True to Her Faith

As the only active Mormon at the United States Coast Guard Academy, Becca Cotton celebrated her religion at her graduation.

A month ago in the seaport city of New London, Connecticut, the sun glinted off Becca Cotton’s white dress uniform as she walked across the stage to receive her Coast Guard commission from President Donald Trump. She was then assigned to a cutter with a name that reflected her journey as the lone active female Latter-day Saint at the military academy: Valiant.

Graduating from the United States Coast Guard Academy had been no small feat for Cotton, who grew up in the remote town of Glenrock, Wyoming.

Most cadets graduate in four years, but Cotton isn’t like most graduates.