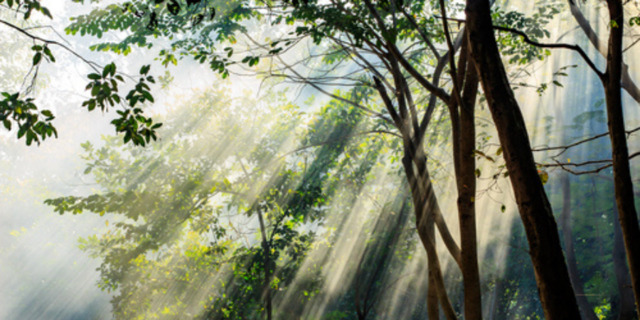 Elder Neil L. Andersen of the Quorum of the Twelve Apostles says he has testified hundreds of times of the Father, the Son, and the prophet Joseph Smith, but he still remembers a time as a 16-year-old boy when he shared his testimony of the First Vision.

In an article for youth in the Liahona, Elder Andersen shares the experience. He was attending a conference with participants from all 50 states and close to 40 countries. One evening a conversation about religion came up, and Elder Andersen was asked questions about The Church of Jesus Christ of Latter-day Saints. As he shared gospel principles with his peers, he was led to the origin of his beliefs and ended up sharing the story of the First Vision.

“As I told of the appearance of the Father and the Son in the Sacred Grove, suddenly everyone fell silent,” Elder Andersen writes. “A piercing feeling of holiness entered the room, and an enormous feeling of spiritual power rested upon me and my words. . . . As I returned to my room that night, I realized that the person this experience had the greatest impact on was me. I had felt for myself the power of bearing testimony of God the Father, Jesus Christ, and the First Vision.”

Elder Andersen then shares five principles that he has learned from the First Vision. “These principles have strengthened my faith in and my desire to follow our Heavenly Father and His Beloved Son,” Elder Andersen writes. “I hope they strengthen you too.”

READ ABOUT THE FIVE PRINCIPLES IN THE Liahona.