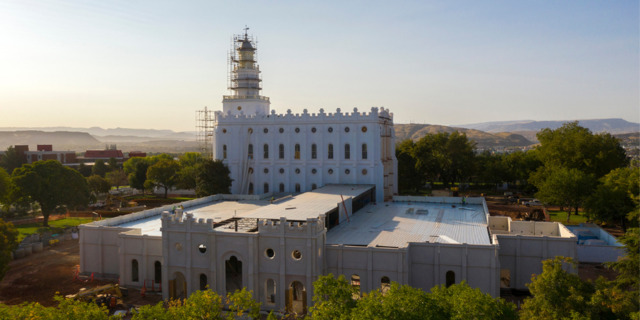 The St. George Utah Temple renovation: A look at what has happened during the first year

byNewsroom of The Church of Jesus Christ of Latter-day Saints | Nov. 05, 2020

Editor's note: Newsroom released the following update on the St. George Temple renovation in recognition of one year of progress. Read a summary and watch the video below, or find more pictures on Newsroom.

Sounds of machinery and construction crews plying their trade echo across the property of a beloved landmark. Its familiar white walls that glisten in the autumn sky can be seen from most parts of this Southern Utah town steeped in pioneer history.

The St. George temple reached a milestone at the beginning of November. It marks the one-year anniversary of extensive renovations that visibly transformed the project from the first order of business to remove the temple’s north entrance and west wing, which were added in the 1970s.

Over the past six months, construction teams have been busy adding a concrete foundation and structural steel girders and beams to the three-level north entrance, which will house administrative offices, men and women’s changing rooms, and a chapel.

The most noticeable transformation is the installation of the precast walls that reflect the same pillared design cues and trademark circular windows as the temple itself. Installation crews are also adding metal stud partition walls to the interior of the north entrance addition.

The new exterior construction replicates the 1870s architecture of the pioneer temple. The decades-old utility system and heating, ventilation, and air conditioning system have been brought into the 21st century with upgrades to more efficient state-of-the-art systems. 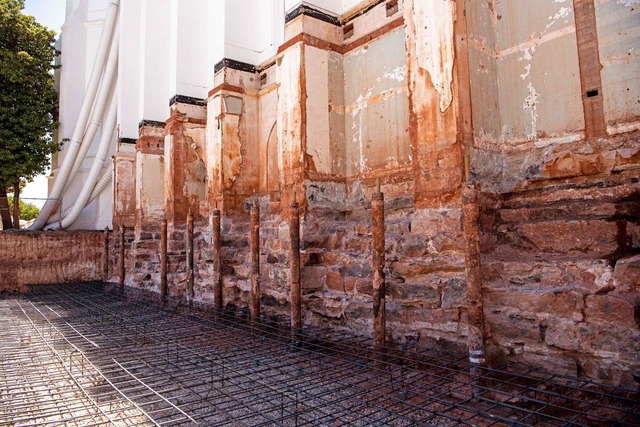 Shoring up the hand-laid rock foundation was another significant accomplishment in the last several months. The temple’s foundation and 14 stone columns were reinforced to improve stability by cladding support beams with steel, wrapping columns with resin-infused fiberglass, and flanking each corner with steel pipes called micropiles.

“The load from the building will be transferred to [those] micropiles that are driven deep in the earth … drilled down anywhere between 35 to 40 feet deep,” said Eric Jamison, field project manager for the Special Projects Department that oversees temple construction for the Church.

“This temple has lasted 142 years on the existing foundations,” Jamison added. “After beefing this up, we’re going to be able to ensure that the foundations last far beyond that.”

► You may also like: See pictures of what the St. George temple will look like after renovation 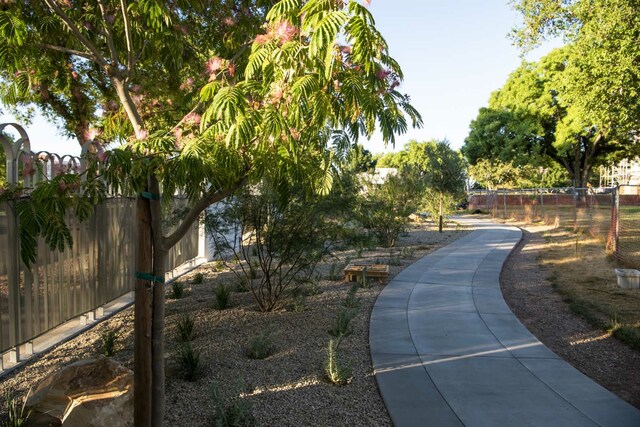 Steel and concrete are not the only focus. A new walkway around the outer edges of the temple grounds was added. Trees, foliage, and decorative rock promise to give the area a feeling of serenity.

“This idea that St. George will blossom like a rose is a very important part of this community,” said Emily Utt, historic sites curator for the Church History Department. “This town is very proud of its landscape, of its trees, of its plantings.”

“We’re adding so many more trees than were originally here on the site,” said Jamison. “We have the south, west, and the northeast corners of the landscaping that have been installed. We want the landscaping to be as mature as we can once the temple reopens.”

“When people come here for the open house, it will be green and lush and beautiful,” added Utt. 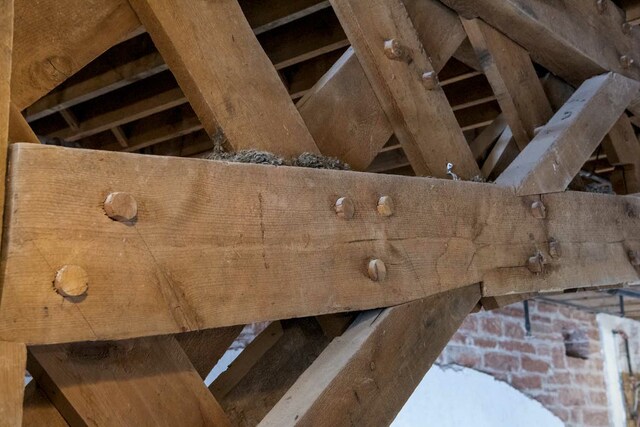 As construction crews apply their contemporary trade on the 1870s-era temple, remnants of the past have been discovered, such as original hand-milled beams fastened together with one-inch diameter wood pegs and even personal messages. “Original construction workers left their signatures in some places,” said Utt. “They left bits of poetry in the walls. It’s been really fun to go back and see those things as we’ve gotten into this project.”

What was built by pioneer hands was done with very few architectural plans. “All the detailing and all the little things that make a temple beautiful were up to the skill and the creativity of the craftsman,” said Utt.

Now that expertise of a bygone era is combined with present-day skill and ability to make the buildings—old and new—appear as one architecturally designed edifice. It’s a challenge to be sure, but in the end, one anticipated to be seamless.

► You may also like: Video: Demolition exposes original end of the St. George Utah Temple