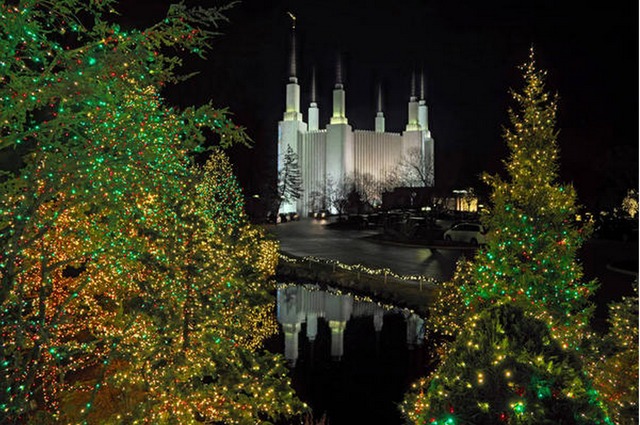 The Surprising Growth of Mormonism in the Nation's Capital

MR says: Take an inside look at how the Church is growing, thriving, and influencing the nation's capital.

The Washington D.C. Temple Visitors' Center is celebrating the 75th anniversary of the first stake of The Church of Jesus Christ of Latter-day Saints in the Washington, D.C., area with an exhibit that shows the growth of the church dating back to 1839 when Joseph Smith first visited the nation’s capital to the creation of the first stake east of the Mississippi River in 1940.

“Latter-day Saints were not welcomed into Washington society when they first came to the capital area,” said Page Johnson, a member of the Visitors' Center Cultural Arts Committee who researched and wrote the exhibit narrative. “But through their service, integrity, scholarship, entrepreneurship and testimonies, they slowly became accepted in their careers and communities. Today they are part of the very fabric of Washington,” she added.

According to Elder John Fowler, the temple Visitors' Center director, this pioneering spirit is still part of the LDS story today.

Glimpses of those who helped the LDS Church grow

The exhibit portrays that just a little more than 100 years ago, only a handful of Mormons lived in Washington, D.C. Today, 85,000 members live within 100 miles of the Washington D.C. Temple and contribute in myriad ways to the life and culture of the city.

Ralph Mecham, former Area Seventy and a former president of the Washington D.C. Stake, pointed out that the first stake organized in the nation’s capital encompassed an area that today has 26 stakes and the largest concentration of members outside the western United States.