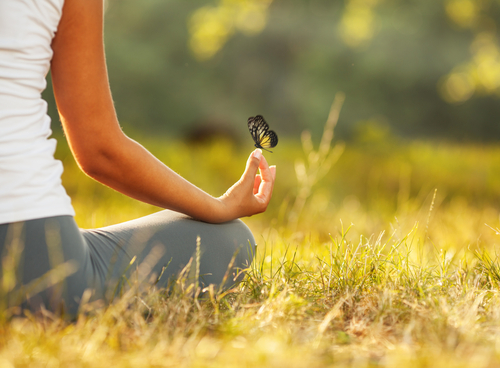 Following the victory at the battle of Gettysburg, General George Meade decided not to pursue the defeated Confederate army led by Robert E. Lee. He thought his men were too tired. He likely could have ended the Civil War. When President Abraham Lincoln heard of this, he was furious. He immediately penned a three-page, scathing letter to General Meade. His disappointment, anger, and frustration with the general is strongly evident throughout. Lincoln wrote, “He was within your easy grasp, and to have closed upon him would . . . have ended the war. As it is, the war will be prolonged indefinitely.” This letter was found among Abraham Lincoln’s personal belongings following his death. Neatly folded and placed in an envelope, on the front was written: “To Gen. Meade, never sent, or signed”[1].

Now reflect on a different time and place where another long and grueling war was in process, this time between Nephites and Lamanites. This war also contained the stories of victory and defeat, struggle and controversy. And like the Civil War, a great leader emerged—Chief Captain Moroni. However, in Moroni’s situation he did send the letter. In Alma 60, Moroni’s letter to Pahoran was also scathing, full of blame, anger, and frustration.

Moroni definitely did not hold back. He condemned the governor, Pahoran, as well as the government for “exceedingly great neglect,” for their “state of thoughtless stupor,” “exceeding slothfulness,” and even suggested they were traitors! He blamed them for many lives lost, saying “the blood of thousands shall come upon your heads for vengeance.” Moroni further called Pahoran to repentance or he would come against him to cleanse “even the great head of our government” and raise a rebellion until all order was restored (see Alma 60).

Moroni was angry! And he was probably justified, just like President Lincoln was justified. However, in this case, there’s another side of the story. Pahoran was dealing with chaos and insurrection within the government. He had been driven out of the land and from his judgment seat. He was mindful of Moroni and his situation but was virtually powerless to assist. Here is where the powerful lesson comes: Pahoran’s emotional intelligence allowed him to give the perfect response to Moroni’s condemning, angry letter.

What Is Emotional Intelligence?

The exciting news about emotional intelligence is that it can be improved! Essentially, our EQ is based in behaviors—habits, thought patterns and attitudes—all of which can change and get better. To be more successful and effective in our relationships, each of us should strive to develop greater emotional intelligence so we can make better decisions in those relationships.

Now, let’s analyze Pahoran’s response as our example of high emotional intelligence. Note, did Pahoran take offense to Moroni’s epistle? Did he try and exact “word revenge” on Moroni for all the hurtful things he said? Did he resent Moroni and hold a grudge against him? Perhaps Moroni had a right to feel as he did; however, it was incorrectly directed. Pahoran’s response could have been so different. Yet, he was keenly aware of the emotions of Moroni—his anger, frustration, and condemning attitude—and with that awareness, Pahoran made a brilliant move.

First, Pahoran validated Moroni’s emotions and showed empathy in return: “I do not joy in your great afflictions, yea, it grieves my soul.” Next, he gave Moroni information he didn’t have by explaining the awful situation regarding the Nephite government. Then the magical moment: “in your epistle you have censured me, but it mattereth not; I am not angry, but do rejoice in the greatness of your heart.” Pahoran totally diffused the tense situation by choosing not to be angry and then praising Moroni’s passionate demeanor. Surely those words must of melted away any anger Moroni felt toward him. Pahoran also affectionately called him “my beloved brother, Moroni.” And lastly, Pahoran confirmed his emotional state to Moroni by saying, “I do joy in receiving your epistle” (see Alma 61).

I’m confident Pahoran knew one of the great secrets of life. How many of us can be successful each and every day without the help of other people? Anyone? One of the great secrets of life is that we all rely upon each other to some degree to be successful. Pahoran knew he needed Moroni, and taking offense or reacting badly to Moroni’s scathing letter could have been disastrous. The first line of the chapter heading in Alma 62 sums up the direct result of Pahoran’s intelligent response: “Moroni marches to the aid of Pahoran in the land of Gideon.” What a beautiful outcome for what initially could have been a great conflict.

One way we can develop greater emotional intelligence is to strive to eliminate times in our lives when an “emotional hijacking” occurs. This is when our extreme emotions take over our behavior. The most common form of this is losing our temper. All of us deal with emotional triggers in our lives that spike our emotions to the point where we may do something we later regret. This emotional hijacking can prove detrimental to our relationships, especially with those we love the most. Identifying these triggers and then strategizing a de-escalation plan can prove to be tremendously valuable.

Here are a few questions to consider when our emotions are triggered to the point of an emotional hijacking.

Do we have all the facts and information?

Would it be best to take a break, wait an hour,  or even sleep on it before responding to a tense situation?

How would we react if we were in the other persons shoes?

Can we give the person or situation the benefit of the doubt, at least until we know more?

What would the Savior do?

Developing greater emotional intelligence takes time, effort and the help of the Savior. As each of strive to develop greater emotional intelligence, our relationships will significantly improve. Our ability to influence other people and situations will increase. Our communication will be more clear and effective. We can all learn a great lesson from Pahoran as we perceive other people and situations and then respond to them.

Kelly Newman is an emotional intelligence consultant and leadership facilitator. He travels to organizations throughout the United States to train leaders in emotional intelligence. He has a Master's Degree in Religious Education from BYU as well as an MBA. He and his wife Cherish have 12 children, 8 of which are adopted from Ethiopia.