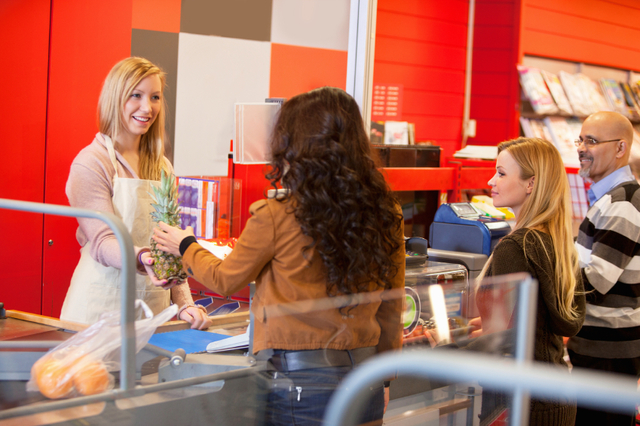 After the rush of the holidays and in our desire to plunge right into our 2016 goals, we need to take a little time to stop and consider if what we are working for is really worth our time.

I barely made it to the store in time. It was my usual late-night Saturday (read: pre-Sunday) run. (Where I live, lots of us Mormons do that so as to avoid shopping on Sunday. Why we wait until Saturday night (why not Friday? or Saturday afternoon?) is a humorous rhetorical question. It makes for a fun neighborhood gathering, anyway. But, alas, I digress.)

Nearly running, I made my way from one end of the store to the other so I could get to the checkout stand by closing time. There were two lines open; I chose one and unloaded my cart. The woman in front of me pulled a manager over and whispered something in her ear. I wasn’t sure what was happening, but it was definitely slowing down the process.

I don’t know anyone who isn’t the type to look for the shortest line and then bemoan it when Murphy’s law = your line ends up being the slowest. Oddly enough, though, for whatever reason (I’m can think of no other explanation than “it was grace”), I wasn’t feeling antsy. I had made it to the checkout before closing, but besides that, I really wasn’t in a hurry. And besides that, my items were already on the belt, so…

It soon became clear that the woman in front of me was trying to find a way to pay for the groceries of a woman who had come before her.

Read the rest of this story at mormonwoman.org