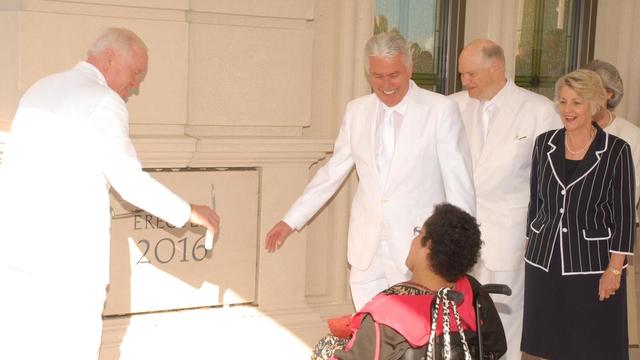 Over the weekend, the Church's 153rd temple and Colorado's 2nd LDS temple were dedicated.

President Uchtdorf directed the completion of the temple with the traditional cornerstone ceremony. He placed mortar around the cornerstone and invited others to do the same.

At the cornerstone ceremony, which signifies the temple has been completed, President Uchtdorf explained that it's a wonderful thing that the temple was dedicated to Heavenly Father and His Son Jesus Christ. “We seal this [cornerstone] and remind each other that it really is the Savior, it is Jesus Christ, who is the cornerstone in our lives and in His Church, and that’s why it is called the Church of Jesus Christ.