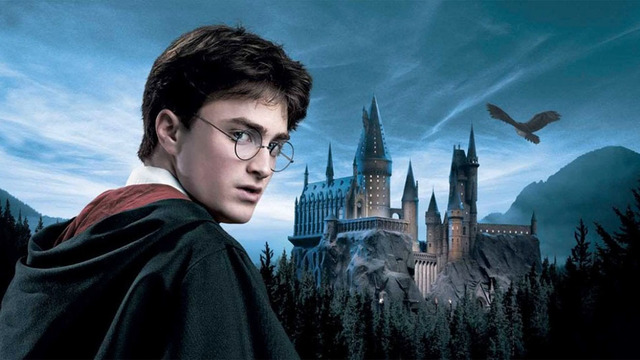 Like many Mormons out there, I'm a passionate Harry Potter fan, not to mention an ardent Lord of the Rings, Star Wars, Narnia, and Hero and the Crown supporter.

My fascination with fantasy isn't unique among the LDS community. As The Washington Post notes, quoting Mormon scholar Terryl Givens, "the particular content of Mormon belief lends itself to the genres of science fiction and fantasy especially well. [Givens] points to the notion that humans have divine potential and to passages in Mormon scripture that indicate the existence of life throughout the universe."

The Boston Globe spoke to this same idea when they quoted LDS author Shannon Hale as saying, "there's never been any fear of fantasy or science fiction among Mormons. I think Mormons believe a lot of things that are pretty fantastic—we believe in miracles and angels and ancient prophets and rediscovered scripture—so maybe it is almost natural for us to dive into these other stories."

I'd have to agree. I've found echoes of Latter-day Saint beliefs in nearly every fantasy book I've read—especially in Harry Potter.

And while some comparisons may seem bizarre at first—such as Harry Potter and LDS beliefs in the afterlife—they actually provide a lot of food for thought. So here are a few amusing but compelling ways Hogwarts is just like the celestial kingdom.

1. Both have four places you can be assigned.

When you arrive in the next life, you'll be sorted into one of four degrees of glory—if you count perdition.

When you arrive at Hogwarts, you're sorted into one of four houses—if you count Slytherin.

“It is not our abilities that show what we truly are. It is our choices.” -Albus Dumbledore

The more you think about it, the more the comparison makes sense. As Latter-day Saints, we believe we will play a key role in our final judgment, where we are measured not only our by deeds but by the desire of our hearts (D&C 137:8-9). Just as the Sorting Hat understood Harry's desire to not end up in Slytherin, our Heavenly Father will take our thoughts and intentions into account.

2. Both are about discovering our potential.

Imagine the unthinkable just happened to you. A mysterious person just tracked you down and told you that you have unbelievably powerful parents and that you, too, possess a power beyond imagining—one that could tip the forces between good and evil. You just learned you are essential in an ongoing war you did not even know was raging around you and that you are needed to defeat an unspeakable enemy.

If this just happened, there are only two explanations.

A) You are Harry Potter and Hagrid just hunted you down and told you that you have been accepted to Hogwarts . . .

Or B) the missionaries found you and told you about your potential as a daughter or son of God.

Just as Hogwarts helps wizards and witches discover the power within them, the celestial kingdom and next life helps us realize the divinity within us and reveals more clearly to us our potential to become sons and daughters of God.

3. Both teach you how to defend against and defeat the "dark arts."

“It is important to fight, and fight again, and keep fighting, for only then could evil be kept at bay, though never quite eradicated.” –Albus Dumbledore

Another profound Dumbledoreism—one that captures so much of our struggle in this life and in the one to come. Just as our Savior came to this world to experience temptation, pain, and death so that He might overcome them, all of us will be exposed to evil and painful influences in order that we might overcome them with his help. And like Harry, Ron, and Hermoine, who grow in skill with each challenge they face, we too can become stronger as we endure and overcome challenges.

As President Russell M. Nelson notes, however, perfection can only be obtained in the next life: "We need not be dismayed if our earnest efforts toward perfection now seem so arduous and endless. Perfection is pending. It can come in full only after the Resurrection and only through the Lord."

But, when those moments of struggle get us down, it's helpful to remember these encouraging words:

“There’s a bigger cause out there. It’s bigger than any of us here. But we stick together, all right? We stick together and look out for each other." -Sirius Black

"Happiness can be found, even in the darkest of times, if only one remembers to turn on the light." -Albus Dumbledore

4. In both, modes of transportation are much more awesome.

Remember the part in "If You Could Hie to Kolob" when it talks about traveling "in the twinkling of an eye"? Does it remind you of anything in Harry Potter—like floo powder or apparition maybe?

While enviable, these types of magical transportation in the wizarding world are not completely fantastical.

Brigham Young taught that in the next life, all of us will be “free to travel with lightning speed.” In an article written by Dr. Brent L. Top, dean of religious education at BYU, he writes, "[Brigham Young] compared this spiritual movement, including what we today call “time travel,” to lightning or electricity (or perhaps we could add fiber optics, satellites, and internet). These, Brigham said, 'furnish a fine illustration of the ability and power of the Almighty. . . . When we pass into the spirit world we shall possess a measure of this power.'"

5. Both teach you how to "divine" the future.

Albus Dumbledore recognized that “the consequences of our actions are always so complicated, so diverse, that predicting the future is a very difficult business indeed.” Yet that's exactly what Hogwarts students try to tackle as they take lessons from the erratic Professor Trelawney and later from the centaur Firenze.

Outside of fantasy, we know there is one Being who "knoweth all things" (2 Nephi 9:20) and "knoweth all things which are to come" (Words of Mormon 1:7). In the celestial kingdom, each of us will learn how to become like God, and with that learning will come His understanding of time and His knowledge of "all things," even those that are yet to come.

6. Robes play an important part in both.

Though Hogwarts has an explicit dress code, I'm not so sure there will be the same restrictions in the celestial kingdom. In fact, I'm not aware of any revelations regarding the matter. However, it's clear that the symbolism of robes plays an important part in church worship. In fact, many faiths see robes as a symbol of power and authority, much like the "robe of righteousness" Isaiah mentions in chapter 61.

Even angelic messengers like Moroni who visited Joseph Smith wore "a loose robe of most exquisite whiteness" (Joseph Smith History 1:31). So, just as Harry, Ron, and Hermoine had to live up to Hogwarts rules and dress standards to attend, we too (at least symbolically) need to put on the "robes of righteousness" to obtain the power that comes with celestial glory.

7. Both teach you about the power of love and family.

I think one of the most beautiful and powerful teachings of our Church—and of the Harry Potter books—is the power of love and the idea of eternal families.

When you think about it, one of Harry's main purposes for attending Hogwarts is to follow the example of his parents and learn from them and grow closer to them. In many ways, he rediscovers his family and finds new family throughout his adventures.

That's how I imagine the celestial kingdom—a rediscovery of our eternal family.

But I'll leave it up to Church leaders and J.K. Rowling to explain these truths with an eloquence and insight that is unparalleled:

"Feeling the security and constancy of love from a spouse, a parent, or a child is a rich blessing. Such love nurtures and sustains faith in God. Such love is a source of strength and casts out fear. Such love is the desire of every human soul.” -Elder David A. Bednar

"You are protected, in short, by your ability to love!" -Albus Dumbledore

"The ones that love us never really leave us. You can always find them, in here." -Sirius Black