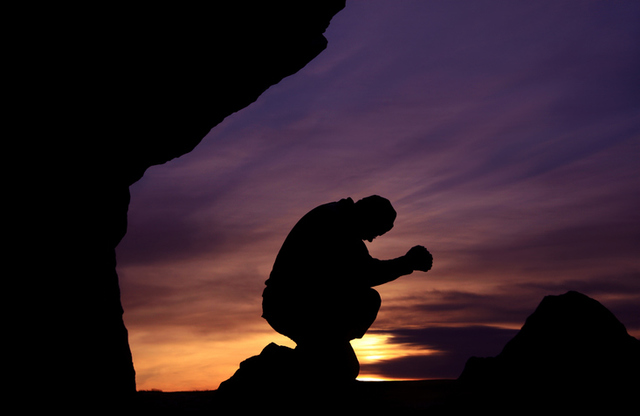 The following is an excerpt from Elder John H. Groberg’s book Fire of Faith, which details his experiences with his family as he served as a mission president in Tonga. During his service, Elder Groberg helped plan a jubilee celebration for the Saints in Tonga and promised the missionaries that, leading up to the jubilee, 500 people would be baptized into the Church in one month. The number seemed impossible. In 1966 the total number of members baptized into the Church for the entire year was 604. In 1967, the number rose to 833, but Elder Groberg understood the Lord was working miracles to move His work forward in Tonga. Below are some of those miracles that helped bring 507 people into the Church in one month in Tonga.

The Conversion of a Punaki

While the Ha’apai Saints were preparing their songs and dances for the jubilee, very unexpectedly the town’s best punaki (combined poet and choreographer), who was not a member of the Church, asked if he could help them prepare their lakalaka. “Sure,” they said, thrilled with the prospects of getting the best talent available to help in their preparations. “Our theme is: The Nauvoo period, the martyrdom of Joseph and Hyrum, and the trek across the plains.”

“Well, you will have to change that, as I know nothing about Church history,” he said. To make a long story short, the Saints said they wouldn’t change and sent books on the Nauvoo period for the poet to study. Incensed, the poet turned his back on the group. Then, not knowing why, he asked to see the books. Soon he was engrossed, and before long he had composed a poetic story to be danced and sung, telling of those important events of Church history. Week in and week out they practiced. The poet’s minister became alarmed at the sudden interest the poet was showing in our church. But the practices went on. “Don’t worry,” the poet told the minister, “as soon as the conference is over I’ll be back. We’re determined to have the group from our village win first place.”

But the message of the truth touched his heart. As the poet stood with his group on the night they won first place, tears filled his eyes. The inspired group acted out in dance and song those moving episodes of Church history. When they drew the parallels with the early history of the Church in Tonga, he could take no more. Soberly he acknowledged the hand of the Lord in bringing light to his mind. After receiving the missionary lessons, made easy by an open heart, he and his whole family were baptized at the conference.

Elder Paula and his companion couldn’t understand what had happened. Mrs. Hopoate had committed to be baptized, but now she wasn’t home. They inquired and found that her husband had suddenly been taken ill and the couple had made an emergency trip to the hospital on another island. How the elders had counted on her being baptized! But Elder Paula was transferred the next day, so that was that.

Weeks later Elder Paula was so busy teaching and baptizing people in his new area that he had all but forgotten about Mrs. Hopoate. Then came November 30. Oh how he, like all the missionaries, wanted five hundred baptisms! Elder Paula worked hard all day and into the evening.

As he and his new companion returned to the home of the Church members with whom they lived, he was surprised to find Mrs. Hopoate waiting for him. “Oh, Elder Paula,” she exclaimed, “I’ve been looking all over for you. My husband has been ill and we didn’t know whether he would live or not. Finally, just this evening the doctors told us that he would be OK. We are so happy. I have been by his bedside ever since I left our island. I told him that I wanted to show the Lord, in the best way possible, our appreciation for his getting well. We talked about the missionaries, and suddenly the most burning desire to be baptized filled my heart. I told my husband I must go and find the elders and be baptized. That is how we are to show our appreciation to the Lord.

“My husband said, ‘Then go, if you believe it that strongly. I’ll probably be baptized soon. Go find the elders. After they baptize you, bring them to me.’ I was so excited when I found out you were in this town and I didn’t have to go back to my island. I have been waiting so long, I can’t wait any longer. Please baptize me now.”

Here is a sample letter from a typical missionary during this period.

“I feel very humble because of the numerous blessings the Lord has bestowed upon my companion and me. Our plan for this week was to baptize four people, and I am happy to report that we accomplished it and even more. In fact, this week has been a landmark for us because we had three baptisms by Tuesday; then on Wednesday we had another baptism, one more on Thursday, with three more on Friday and another one this morning, which makes a total of nine baptisms for the week. I’m writing this letter in the morning and so we still have the rest of the afternoon in which to work and I think that before the sun sets tonight we’ll have another one or two baptisms. One of the best things about the fifteen people we’ve baptized during the past two weeks is that they are all about twenty years old or over, and I think they will be good Church members. Most of them are young men.

“Next week we will work with our investigators and plan to baptize four of them. I’m certain that through our fasting and praying we’ll be able to achieve our goal, and I know that only through the help of the Lord will our work be effective. My companion and I love the work and really feel the spirit of the work. We’re at a point now where we don’t feel like eating and find it difficult to sleep, just because we’re continually thinking of the work and ways to make it progress. When I wake up in the morning I have a warm feeling in my heart and a great desire to preach the gospel and testify of Jesus Christ to the people. I truly love the work and the people and continually thank the Lord for the choice opportunity I’ve had in being a missionary in Tonga.

“P.S. We have been able to baptize three more (Saturday evening), which gives us a total of twelve for the week.”