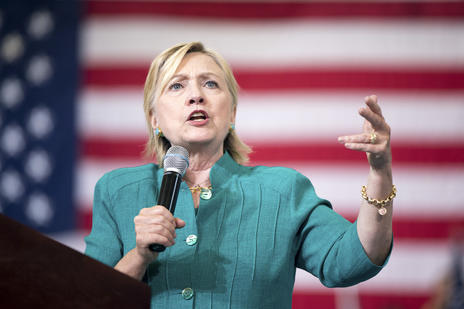 After Hillary Clinton's recent article where she quoted LDS Church leader Sister Rosemary M. Wixom and made reference to many prophets, some have questioned her motives. But Clinton's admiration for Mormons spanned before the election. Here's a snippet of what the Deseret News found out.

Clearly, this is a big moment for Clinton and the Mormon church. The Democratic nominee hopes to swing Mormon voters—who generally have disdain for Donald Trump and his anti-Muslim policies and rhetoric—in her direction. Her appeal may in fact make Utah turn blue for the first time since Lyndon B. Johnson was elected in 1964.

That’s why some say Clinton’s latest column is actually a way for her to “pander” to the Mormon crowd.

But this is far from the first time Clinton has made reference to Mormons. In fact, she wrote about the LDS Church in her 1996 book, It Takes a Village, which she mentioned in her op-ed piece this week when she wrote, “When it comes to religion, we strive to be accepting of everyone around us. That’s because we need each other. And we know that it so often takes a village—or a ward—working together to build the change we hope to see.”

This is not unlike the title of her book. In fact, Clinton directly referenced the LDS faith in the text, too, as she discussed how much she appreciates Mormon family values, like family dinners and activities.