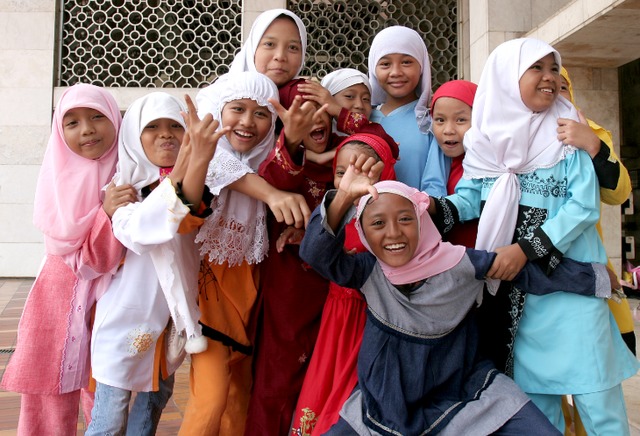 What Is It Like to Be a Mormon in the Largest Muslim Nation? Members Share Their Insights

In Indonesia, Mormons are outnumbered 35,000 to one by their Muslim neighbors. Find out what it's like living in a country where Latter-day Saints are such a minority.

Mormonism is barely a speck of paint on the tableau of faith in Indonesia, the most populous Muslim nation on the planet.

The LDS Church has about 7,300 members in a population that tops 260 million and includes small minorities of Hindus, Buddhists and Christians.

But for second-generation Mormon Jemmy Mongan, an LDS public affairs official in Jakarta, that minuscule presence is his whole world — one that fits comfortably within an overwhelmingly Islamic nation that he sees as a model of religious tolerance.

In fact, Jakarta’s biggest mosque was designed by a Christian and sits across the street from a Catholic cathedral, where the two share parking spaces. Headscarves on Muslim women are optional so many, but not all, wear them. Few don full-body burqas.

More than 100 ethnic groups coexist, mostly in peace, in a diverse land of rainforests, volcanoes, rice paddies and unceasing traffic jams. Conversion from one faith to another is allowed.

The Utah-based LDS Church has partnered with some of Indonesia’s largest Muslim organizations to provide humanitarian relief — from renovating public restrooms and showers in Islamic schools to repainting mosques.

The gregarious Mormon spokesman relishes his lifelong LDS faith (his parents joined the church in 1978 when Mongan was a teenager). He served a two-year mission for it and eventually baptized his Muslim wife.

Mormon Life Muslim IndonesiaMuslim,Indonesia,Mormon Life
Comments and feedback can be sent to feedback@ldsliving.com