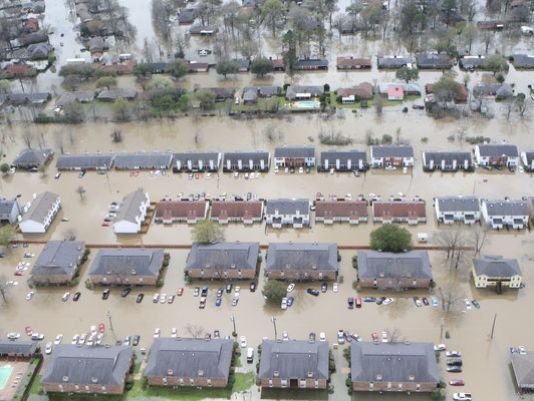 What One Louisiana Flood Survivor Had to Say About Mormons

Church humanitarian response teams and local priesthood leaders are working together with disaster relief organizations to help the over 30,000 people rescued and displaced by the flooding.

With relief supply trucks on the road and members preparing to help clean up neighbors homes, these Latter-day Saints have made an impression on flood survivors.

Rod Dreher, a writer whose home was flooded, recently wrote an article for The American Conservative. After going into an Apple store to see if his computer, which contained his next book, could be salvaged, he recognized the store's manager, Brent Mangum, who he had seen Sunday morning volunteering at the Celtic Media Center shelter.

That night, when Dreher left at 7 p.m., Mangum was still directing traffic and doing what he could to help out.

Later, before he left for the day, Brent came over to the Genius Bar to talk. Turns out his family is now hosting their second displaced flood victim family. “We’re pretty much at capacity now,” he said.

I asked him what made him go out to the shelter on Sunday to work.

“Well, I’m part of the LDS Church, and that’s what we do,” he said. “Some of us guys from the church figured we needed to be there.”

Mormons. I should have known. That is what they do.

“You’re going to laugh at this,” I said, “but a couple of weeks ago, the editor of my book and I were talking about this thing I’m working on, which I call the Benedict Option, and we agreed that the LDS folks are in so many ways a great example of what I think all Christians should be doing. I ended up working with LDS headquarters, and they put me in touch with a Mormon theologian who gave me some great background on why y’all do what you do regarding community. And here you are, a Mormon, a perfect example of what I’m talking about. Unbelievable. I hope you don’t mind, but I’m going to put you in the book. People need to know this.”

He shook his head and smiled. “Yeah, that’s fine with me. It’s no coincidence that we met.”