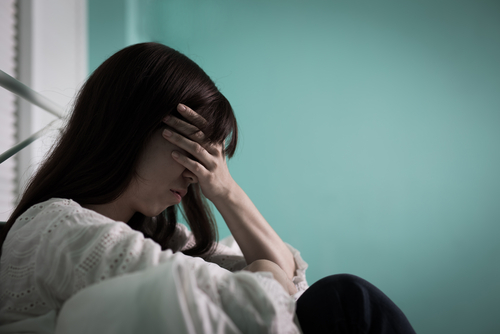 What We Learn About Loneliness and Despair from Moroni

Moroni’s father, Mormon, was the major abridger of the Book of Mormon, which is why the book appropriately bears his name. One wonders if Moroni had any idea that he would suddenly be called upon to finish his father’s work. Given the circumstances, he was in fact the only one who could finish the record. The events that overtook him and left his family dead seemed to have come as a surprise. Mormon did not die of natural causes. He was killed in battle at age 73, and so he was not around to finish his book. This is why Mormon chapter 8 begins with these words:

Behold I, Moroni, do finish the record of my father, Mormon. Behold, I have but few things to write, which things I have been commanded by my father.

We are left to wonder if this father and son were together at the moment Mormon died, or when exactly Moroni received these last instructions. We don’t know. Regardless, Moroni knows he must finish the work his father began.

These first few verses in Mormon 8 contain no doctrine to speak of, just an outpouring of emotion and grief. Moroni talks to future generations, using those yet unborn as a sounding board, it seems, as he assesses his own situation with this sobering list of facts (Mormon 8:3–5):

- My father also was killed by them
- I even remain alone
- Whether they will slay me, I know not
- Whither I go it mattereth not
- [I have no] room upon the plates
- Ore I have none
- I am alone
- My father hath been slain in battle, and all my kinsfolk
- I have not friends nor whither to go
- How long the Lord will suffer that I may live I know not

A pretty bleak picture. With these realities in mind and now engraved upon plates, we know that Moroni is fully aware of his situation. He knows he is totally alone and without resources. He knows he has nowhere to go, and he is unsure about what to do.

Mormon and Moroni had a close and wonderful relationship, as evidenced by the tender words shared in letters preserved for us in Moroni 8–9. It would be difficult enough to experience the death of your father from old age or even an accident, but to have him killed in battle, along with “all [your] kinsfolk,” is a situation I suspect very, very few will ever experience. But perhaps it was even worse. Was Moroni married? Did he have children? We don’t know; it just doesn’t say. If he was, then perhaps his wife and children were among those “kinsfolk” also killed in battle. Most of us can only imagine this kind of grief and loneliness. With God as his only friend, somehow Moroni finds the strength to press forward.

A phrase that has come into vogue in the last dozen or so years—a cold but clarifying phrase many of us have used when trying to move beyond our past, assess our present situation, and form a plan for the future—is this:

IT IS WHAT IT IS

Other attitudes we might be tempted to adopt during difficult times might be: “It shouldn’t be what it is,” “It’s not fair that it is what it is,” or “I’m bitter about what it is.” Each of these attitudes expends valuable energy but leads us nowhere.

Eventually, we are confronted with the fruitlessness of dwelling on the past, and we must straighten our back, fix our gaze, and acknowledge our current circumstances because there is no other alternative—it is what it is.

Having acknowledged all that has transpired, Moroni puts it behind him and looks ahead with these powerful, affirming words:

Behold, I am Moroni; and were it possible, I would make all things known unto you. Behold, I make an end of speaking concerning this people. I am the son of Mormon, and my father was a descendant of Nephi. And I am the same who hideth up this record unto the Lord. (Mormon 8:12–14)

These powerful verses indicate a turning point and chart a new course for Moroni. Don’t read them too fast! I have probably read these verses dozens of times in my lifetime, but now I see them as a powerful new start for Moroni as he faces a future he likely never imagined. Moroni bravely recognizes the facts and resolutely moves on into that new future. Author Marilynne Todd Linford observed three deliberate steps Moroni takes to plot his new direction:

Yes, “it is what it is.” So what do we do with “what is”? There is little use in explaining over and over again to anyone who will listen how bad things are for us. There is little benefit in looping an endless pity playlist of “why me, why this, why now?” Some have taken complaining to an art form. But complaining doesn’t do anyone any good unless there is a desire to move on and look to the future. Dr. Laura Schlessinger observed:

There is effective complaining and ineffective complaining. Ineffective complaining has an intent other than solving the problem. . . . Trying to make things be different by going over them again and again only fixates you in the past. Letting go of that rotting rope with your hand firmly gripping a better philosophy, a wise counselor, or a loving friend or relative as a cheering squad gives you the possibility of greater peace and happiness (Stop Whining, Start Living [2008], 42, 48).

Moroni, by saying “I make an end of speaking concerning this,” teaches us that eventually we too must consciously and deliberately “make an end” of that kind of talk. Of course there is a time to mourn, to grieve, to process what has happened—but eventually, that time expires. Then we gird up our loins, fresh courage take, and we “take up our bed and walk.” Our questions look forward instead of backward, and we ask, “How do I move on? What can I learn? What do I do? Can I find a way to be useful in these difficult circumstances?” A beautiful lesson in surviving our own times of personal turbulence.

I think it is incumbent upon us to rejoice a little more and despair a little less, to give thanks for what we have and for the magnitude of  God’s blessings to us, and to talk a little less about what we may not have or what anxiety may accompany difficult times in this or any generation (That We Might Have Joy [1994], 92–93).

Thankfully for his own sake, and for all of us, Moroni finds his voice, discovers his purpose, and speaks powerfully and prophetically to future generations. 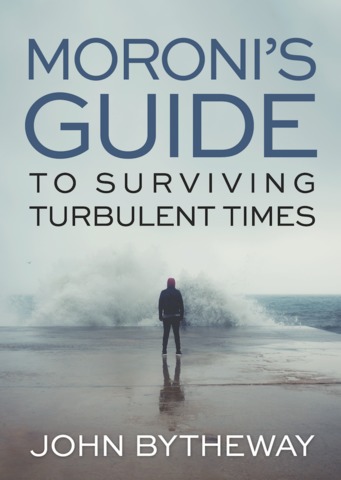 Learn more about Moroni and the lessons we can learn from him in John Bytheway's new book, Moroni's Guide to Surviving Turbulent Times, available at Deseret Book stores and on deseretbook.com.