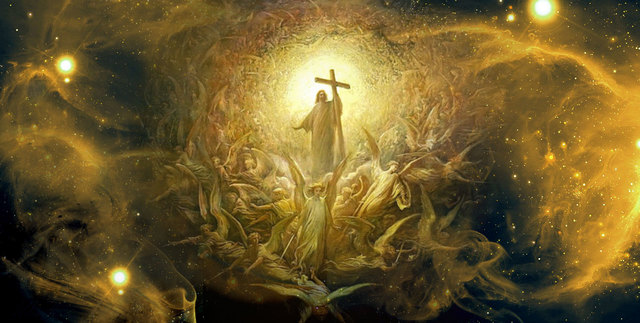 What Is It to Speak with the Tongue of Angels?

As Nephi laid out the key elements in the “doctrine of Christ [1]," he mentioned being able to:

“speak with the tongue of angels, and shout praises unto the Holy One of Israel” (2 Nephi 31:13–14). This perplexing phrase must have been confusing for his people, because Nephi then added, “I suppose that ye ponder somewhat in your hearts concerning that which ye should do after ye have entered in by the way” (2 Nephi 32:1).

Joseph M. Spencer, a student of philosophy and theology, recently suggested that Lehi’s interaction with angelic beings in 1 Nephi 1 may shed some light on what it means to “speak with the tongue of angels.” Specifically, Spencer noticed the similarity of language in 1 Nephi 1:8, where Lehi saw “God sitting upon his throne, surrounded with numberless concourses of angels in the attitude of singing and praising their God,” and 2 Nephi 31:13, where Nephi says “ye speak with the tongue of angels, and shout praises unto the Holy One of Israel [2]."

The act of singing and praising God is one of the functions of the heavenly hosts in ancient Israelite belief (see Psalm 103:20–22) [3]. After noting that Lehi joined in singing praises to God (1 Nephi 1:14), Spencer pointed out, “Lehi at first sees this whole scene from a distance, but one of the angelic figures brings him a book, and then, it seems, inducts him into the chorus of angels around the throne [4]." LDS scholar John W. Welch also made this connection. “[Lehi] spontaneously and eloquently joined the heavenly host in praising God. By so doing, he functionally, if not constitutionally, joined the council as one of its members [5]." 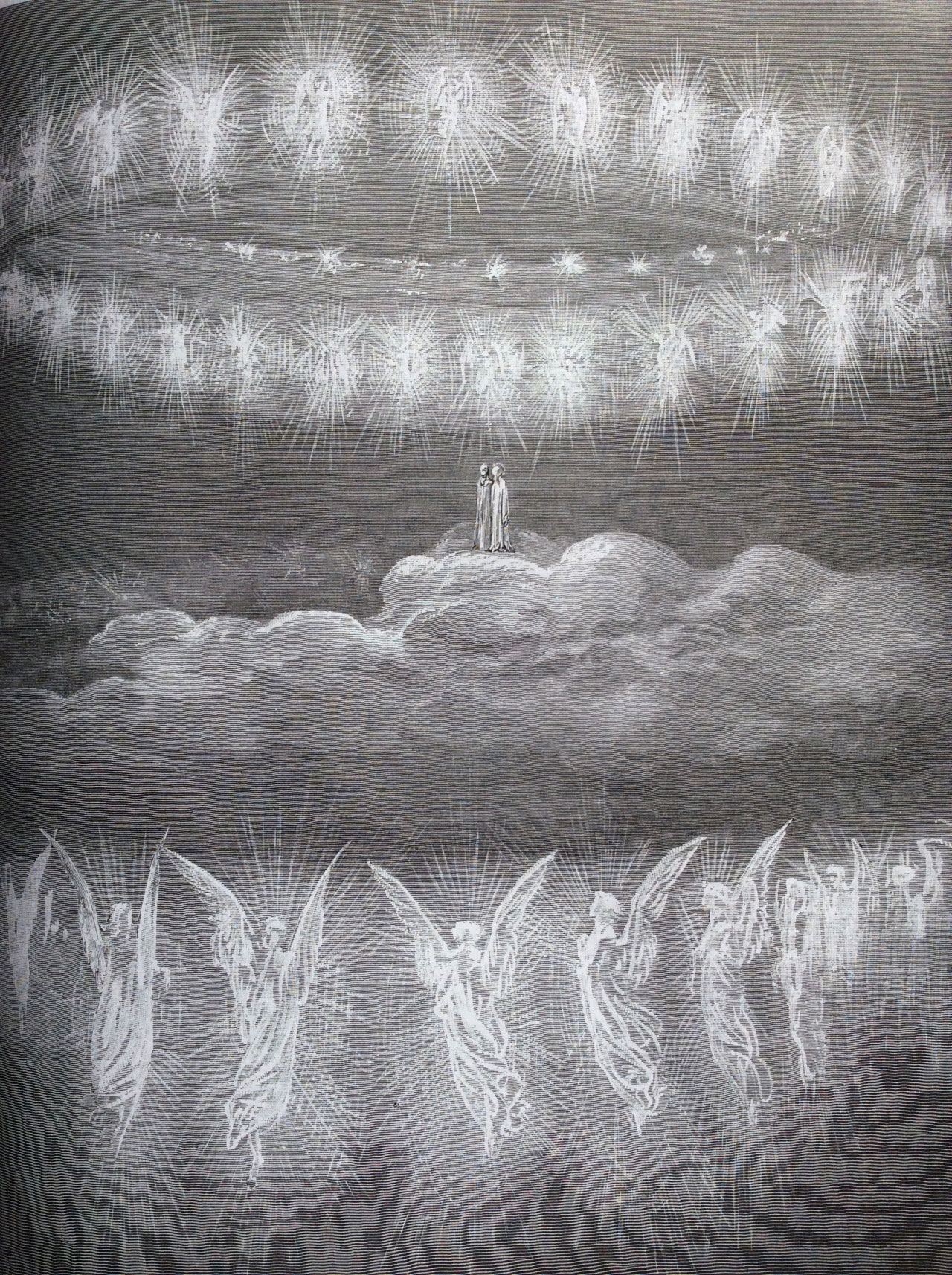 Spencer proposed, “Nephi offers in 2 Nephi 31 a promise that the obedient can, as Lehi had done, join the angelic council to sing and shout praises [6]." Comparing 2 Nephi 32:2–3 to Nephi’s experience speaking with an angel (1 Nephi 11) and Isaiah’s heavenly vision (Isaiah 6; quoted by Nephi, 2 Nephi 16) strengthens Spencer's suggestion.

An angel guided Nephi through his sweeping vision in 1 Nephi 11–14. Before he speaks with the angel, however, Nephi is interviewed by “the Spirit of the Lord” (1 Nephi 11:1–6). LDS Biblical scholar David Bokovoy has argued that the Spirit was functioning as a “council witness” proving Nephi’s worthiness to receive higher knowledge from the divine assembly [7]. In Nephi’s experience, it was through the Holy Ghost’s witnessing power that he was able to speak with angels (2 Nephi 32:2–3).

In 2 Nephi 31:13–14, first Nephi, then the Son, makes receiving the Holy Ghost a prerequisite to speaking with the tongue of angels. In each case, the Holy Ghost is dubbed the “baptism of fire,” and Nephi stresses that “a remission of your sins” comes “by fire and by the Holy Ghost,” after water baptism (2 Nephi 31:17) [8].

This shares the similar imagery with Isaiah’s vision, quoted by Nephi, where a seraph (sārāp)—meaning “fiery one”—purges Isaiah of his sins by placing a hot coal to his mouth (2 Nephi 16:6–7; Isaiah 6:6–7). Isaiah then becomes a member of the heavenly hosts and speaks/participates in the council (2 Nephi 16:8; Isaiah 6:8) [9]. In other words, after being cleansed from sin by fire, Isaiah spoke “with the tongue of angels.”

These sacred expressions, in the ancient mind, connected the angels of heaven with the white-robed priests of the temple. Isaiah was in the temple when he saw a “fiery one” (Isaiah 6:6); and Nephi was on a high mountain—a symbolic temple—when he was escorted by an angel, even the holy Spirit of the Lord (1 Nephi 11:11) [10]. 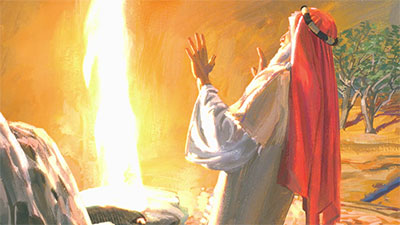 Lehi’s seeing the pillar of fire coming down upon “a rock” (1 Nephi 1:6) may well have signaled for him the arrival of God at His temple built upon a rock (Psalms 27:5). Those who ministered in the House of the Lord were spoken of as angels, for example in the Thanksgiving Hymns of the Dead Sea Scrolls, all the members of the Lord’s council are spoken of as “those who share a common lot with the Angels of the Face” (1QH 6) [11].

In early Christian writings, this long-standing imagery was also perpetuated: “Christian teachers said that the Church on earth was like angels, both in respect of worship and of unity,” and thus Clement of Rome admonished Christians to “think of the vast company of angels who all wait on [God] to serve his wishes . . . . In the same way we ought ourselves in a conscious unity, to cry to him as it were with one voice, if we are to obtain a share of his glorious great promises [12]."

Having only recently completed the construction and dedication of a temple in his land of promise, Nephi’s thoughts and expressions draw heavily upon the House of the Lord. In that holy context, those officers were received as ones speaking with power and authority, as “angels” or messengers or ministers, of the Lord.

Today, worthy Latter-day Saints ritually ascend into the presence of God in temples across the world [13]. For Lehi, Nephi, and Isaiah that ritual experience symbolized a literal ascent into the Lord's presence. And that invitation for all who are worthy to come into the Lord’s presence and be exalted as a member of the heavenly assembly—one of the sons of God—has been extended in these last days (see Doctrine and Covenants 76:50–62).

In 2 Nephi 31–33, Nephi invites all his people to “speak with the tongue of angels, and shout praises unto the Holy One of Israel” (31:13), to renew their willingness to covenant with the Father (31:14), to “know the gate by which ye should enter” (31:17), and having “entered in” (31:18) to hear the Father say, “Ye shall have eternal life” (31:20). Nephi promises that God “will consecrate thy performance . . . for the welfare of thy soul” (32:9), and he prays continually for his people “that the Lord God will consecrate my prayers for the gain of [the] people” (33:3–4).  These and other temple terms here befit the voice and tongues of angelic priests—mere mortals, yes, but sanctified and made holy as saints of God. 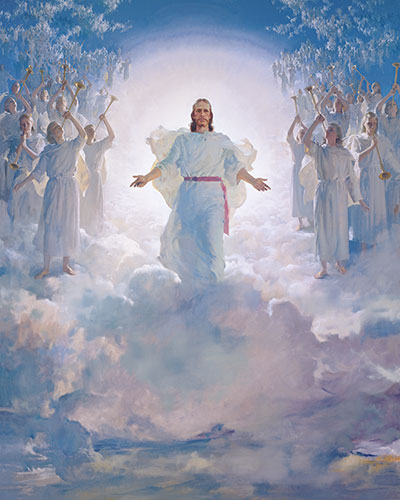 Ultimately Nephi invites all his readers to find the way to enter into the presence of the Lord and to participate in the divine council as one of the “angels.” Joseph Spencer refers to this as “angelicization [14]" but since the “angels” or the hosts are divinities sometimes called “gods” and “sons of God” in the Old Testament [15], the common scholarly term “deification” could apply [16].  Latter-day Saints typically call this exaltation.

Anyone speaking under the inspiration of the Holy Ghost is, in one important sense, “speaking with the tongue of angels.” But we have explored another exalted meaning which enriches Nephi's specific language. In addition to demonstrating the beauty, sophistication, and complexity of the Book of Mormon, this new interpretation brings clarity to an unusual phrase in Nephi’s writing. It also inspires sacred worship today and serves to show that a significant Restoration doctrine (exaltation) often thought to be absent in the Book of Mormon is taught by one of the earliest prophet-writers in the book. 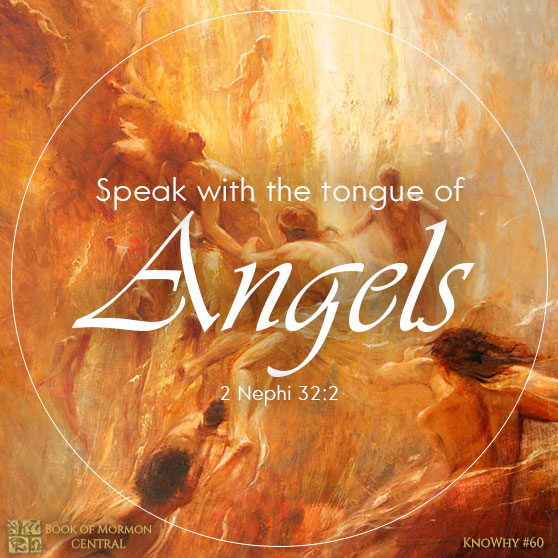 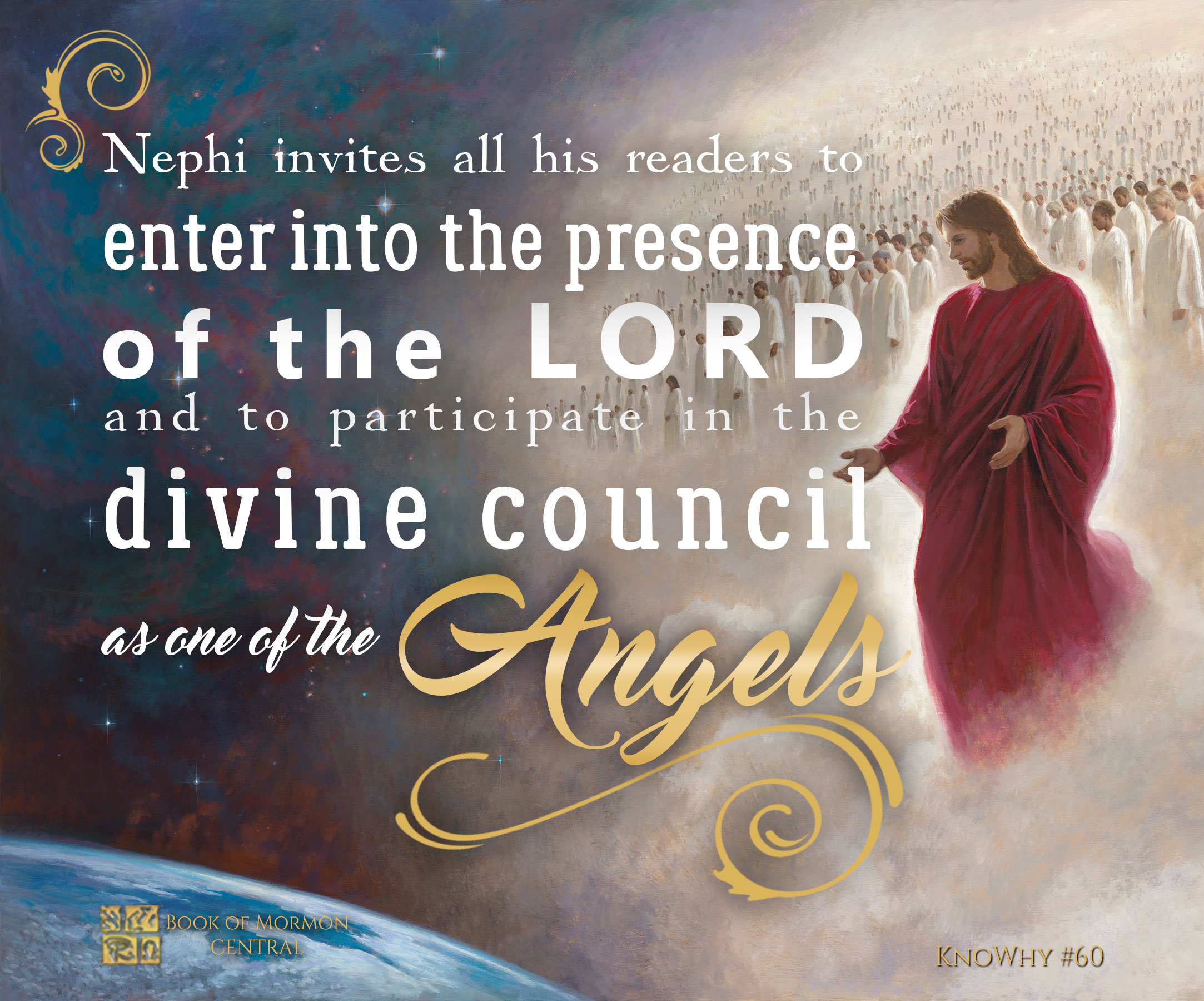 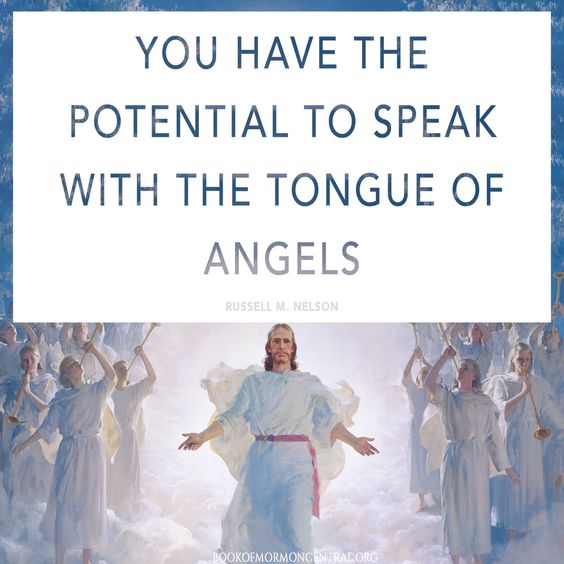