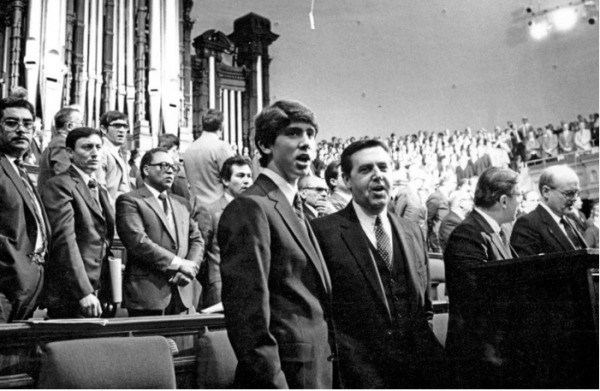 What the Apostles’ Children Have Said About Their Dads

Fathers hold a valuable place in homes around the world. Especially in The Church of Jesus Christ of Latter-day Saints, the role of father is held in high, sacred regard.

In last April’s general conference, Elder D. Todd Christofferson of the Quorum of the Twelve Apostles called the role of husband and father “the highest of masculine roles.”

“(He) always made time for his children, and he continues to do so today. I never felt deprived of time with Dad. When he was home, he would play games with us and take us out to get ice cream. In the summer, he would have more free time, and we would spend this time together in Provo Canyon at the family cabin. I spent a lot of time as a boy fishing with my father. I can’t think of a better way for a father to spend time with a son.” (Liahona, June 2008)

“Something that we all feel about Dad is that he has the ability to make us feel that we are valuable people. He always makes me want to try harder. My father has told us that there are two things that he prays for every night. The first is, ‘What blessings do I have that I am not aware of?’ and the second is, ‘Whom can I help?’ And Dad says there has never been a day that his prayers haven’t been answered.” (Ensign, Sept. 1995)

“We are blessed to have such wonderful parents. When we were younger, I didn’t realize how busy my father was because he always had time for us. We were never a second priority. When we have a problem, we seek his advice. And our children feel that Opa will know the answer, whatever the question may be. Now that he is in the First Presidency, we feel an even greater responsibility to do our very best.” (Ensign, July 2008)