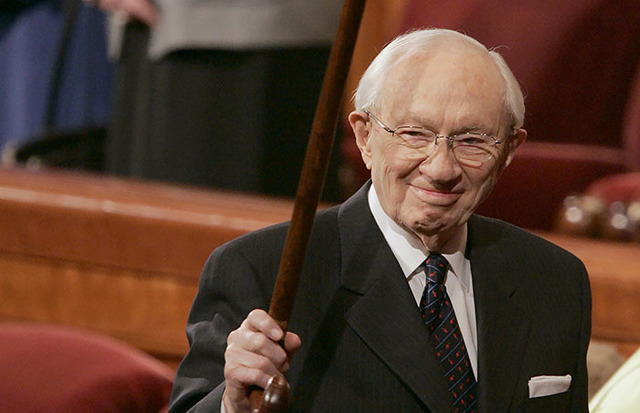 So much content on social media and in person-to-person interaction is filled with hate. Black vs. white, democrat vs. republican, straight vs. LGBT, anti-Trump vs. Trump, conservative vs. liberal, religious vs. non-religious. I haven't even mentioned the "movements" that preponderates current news. I find the yelling matches of typing fingers to be an exhausting, venomous rhetoric. How can such conflict be resolved?

President Gordon B. Hinckely, a former President of the Mormon Church, shared the following:

I had a long-remembered meeting with Mr. Shimon Peres of Israel. He was a former prime minister. He had seen much of conflict and trouble in his time.

I asked him whether there was any solution to the great problems that constantly seem to divide the people of Israel and the Palestinians. He replied, “Of course there is.”

As I recall, he said, “When we were Adam and Eve, we were all one. Is there any need for us now to be divided into segments with hatred for one another?”

He told a very interesting story that he said he had heard from a Muslim. The Muslim told of a Jewish rabbi who was conversing with two of his friends. The rabbi asked one of the men, “How do you know when the night is over and a new day has begun?”

His friend replied, “When you look into the east and can distinguish a sheep from a goat, then you know the night is over and the day has begun.”

The second was asked the same question. He replied, “When you look into the distance and can distinguish an olive tree from a fig tree, then you know morning has come.”

My friends. My brothers and sisters. The choices lie with all of us in how we will act and react to both the agreeable and disagreeable.