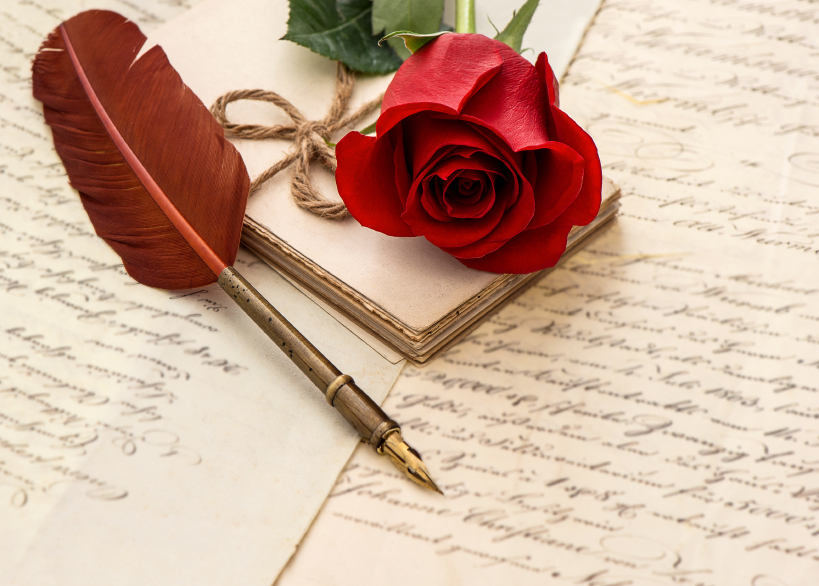 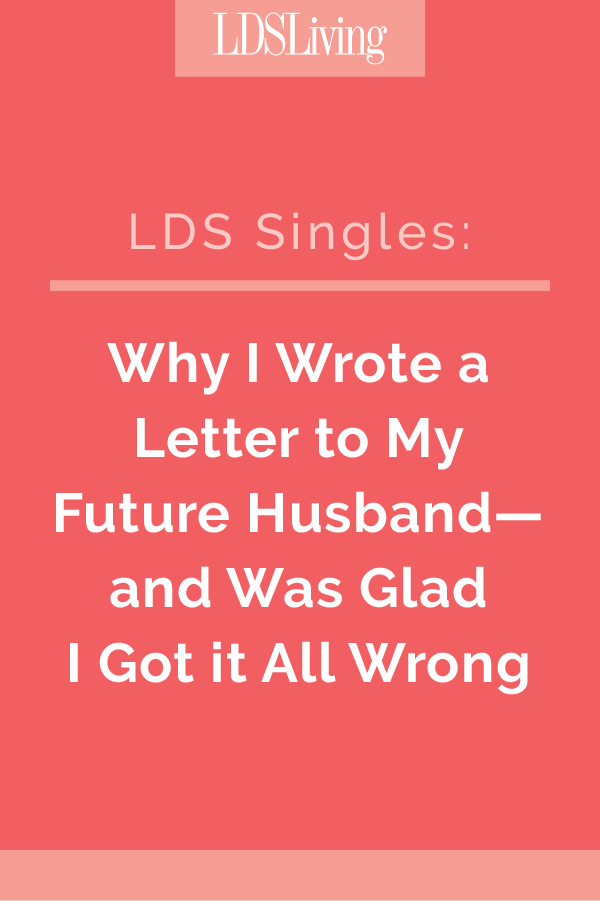 Growing up, I was a girl on the go. If I wasn’t playing outside, I was looking for ways to not do homework, which, word to the wise, takes infinitely longer than doing homework. I barely had time to catch my breath, let alone think about what lay ahead. Still, once in while I’d stop my bike, lean back on my banana seat, look up at a cloudless Phoenix sky and wonder about my future, particularly my future husband. He was out there somewhere. What was he like?

Maybe that’s why, years later, when my Young Women leaders asked us to write our future husbands a letter, I actually did it. With other assignments they’d given, I’d sometimes lacked follow-through. “Be a peacemaker for a week” hadn’t lasted the drive home from church, but writing my future husband intrigued me, and so I grabbed a piece of college-rule notebook paper (the height of romance) and wrote the man I would one day marry. I started with a brief introduction, Hi, I’m Lisa, your future wife, and then wrote down all the things I hoped he would be, stopping short at bionic, because when it came right down to it, I didn’t “need” my husband to run 60 mph.

Sure, I knew to some, my letter might have seemed far-fetched, but I looked at it as aiming high. You’ve got to marry somebody, so why not marry somebody with an Australian accent who can speak four languages? I reasoned that since I never tire of hearing that particular accent, even arguing with my future spouse would be a pleasant experience. And as for wanting him to speak four languages, well, that was mostly just for showing off at dinner parties. “Hey, honey, say something in German! Now Portuguese! Now Chinese!” I could already hear the genteel applause.

Though well-intended, the letter, in retrospect, read like a list of demands from student protesters. But at the time, I tucked it in my journal, convinced it was a template for the man of my dreams.

Two years later while attending BYU, I met a guy named Richard McKendrick. Richard did not have an Australian accent (hmm), and spoke no other language than English (double hmm). But I liked the way his blue eyes crinkled when he smiled. There was a friendliness in them that put me at ease.

There was never a shortage of things to say between us, so much so, that our conversations continued after the school year was over, in the form of letters. We were just friends, so our letters were more silly than sweet, but in them we still shared what was important to us. When Rich got his call to serve in the Santiago Chile mission, he sent me a copy of the call, and later, when I received my mission call I sent him an inflatable globe with a star Sharpie-d on Sicily to let him know where I’d be serving.

Sophie doesn't know what kind of man she's looking for, so her father suggests she write letters to her future husband--and come to know him in the process. But Sophie soon learns her letters aren't the most reliable key to her heart. This hilarious coming-of-age novel is a guaranteed laugh-out-loud read you'll want to share with all your friends.

-->See if Sophie can find her future husband

For four and a half years we wrote letters, not one of them even slightly lovey-dovey. They were fun, mostly silly, and through them we got to know each other. It was in a letter I never sent that I first admitted I loved him. And it was after reading a letter of mine that Rich told his best friend that he could marry me.

When we celebrated our marriage at our reception, our letters were there, bound in an album for friends and family to look through. That first letter I wrote about Rich, the one that requested/insisted he take weight lifting as seriously as a Mr. Universe contestant, wasn’t in the stack. Not that I had forgotten about it. It was still wedged between the pages of my journal, but when I thought about Rich—thought about us—it didn’t factor in.

Rich was perfect for me in ways that letter hadn’t considered. He was kind and funny, and he thought I was more beautiful than any reasonable person should have. And what’s more, he loved his Heavenly Father. There would be no dragging my husband to church; he was spiritually strong. Sure, he didn’t garner lots of oohs and ahhs at dinner parties, but if I wanted that I could still train a poodle. What mattered was that I loved Rich, he loved me, and together we’d write the rest of our story.

So was that first letter to my future husband just a silly exercise? I don’t think so. Marriage today, like the Roman ruins I saw on my mission, is in jeopardy of crumbling.

The world would have us think that marriage isn’t necessary, or that, as an institution, it is in need of being seriously overhauled. Parents and youth leaders need to help act as the scaffolding that surrounds, strengthens, and restores marriage, using every teaching tool at their disposal, including, perhaps, the assignment of writing a certain letter.

Writing my future husband did more than prove I’m terrible at predictions, it helped me to begin to see myself as someone’s future wife and to consider that if I wanted my husband to be awesome, I should be working on developing more than my tennis game. I know that we have a loving Heavenly Father, and that marriage was ordained by Him for our happiness. It doesn’t require tweaking, just preparation, determination, and, among other things, two hearts filled with love.