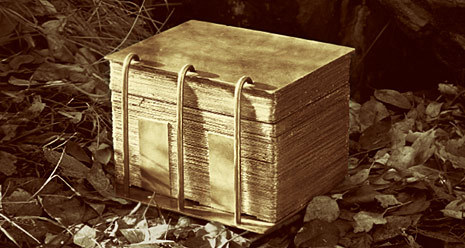 Why Was a Stone Used as an Aid in Translating the Book of Mormon?

“And the Lord said: I will prepare unto my servant Gazelem, a stone, which shall shine forth in darkness unto light”
Alma 37:23

Alma’s words to his son Helaman, as recorded in Alma 37, contain the somewhat perplexing reference to Gazelem [1], apparently an unspecified servant who should perform a special work for God. Alma prophesied, “And the Lord said: I will prepare unto my servant Gazelem, a stone, which shall shine forth in darkness unto light, that I may discover unto my people who serve me, that I may discover unto them the works of their brethren, yea, their secret works, their works of darkness, and their wickedness and abominations” (Alma 37:23).

As this is the only reference to Gazelem in the Book of Mormon, readers are somewhat at a loss as to who or what this passage is talking about. Joseph Fielding McConkie and Robert L. Millet have asked, “Is Gazelem the seer stone or the servant? It is difficult to tell from the passage and depends very much on the placement of a comma in the sentence. Perhaps it could refer to both. . . . Though this name or title of Gazelem may be used in regard to any seer who utilizes seer stones, it seems in this instance to be a direct reference to Joseph Smith the Prophet [2]."

While Gazelem is perhaps the name of the individual using the stone prepared by God, the issue is far from settled. Royal Skousen has traced Mormon interpretations of this passage to the lifetime of Joseph Smith himself, where both the Prophet Joseph Smith and the stone were variously identified as Gazelem [3]. 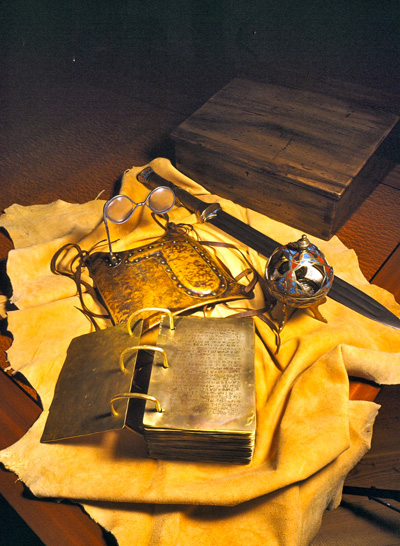 Joseph Smith would easily fit the identity of Gazelem. As several historians and scholars have discussed, Joseph used both the Nephite Interpreters (later called the “Urim and Thummim”) that were discovered with the plates and his individual seer stone in the translation of the Book of Mormon [4]. Even some General Authorities have written on this topic [5], and future work that is sure to illuminate this subject is forthcoming [6].

Unfortunately, the historical sources on Joseph’s use of these instruments during the translation are sometimes contradictory or ambiguous. For example, even eyewitness participants in the translation of the Book of Mormon sometimes confused the terminology in their descriptions of the event. “These two instruments—the interpreters and the seer stone—were apparently interchangeable and worked in much the same way such that, in the course of time, Joseph Smith and his associates often used the term ‘Urim and Thummim’ to refer to the single stone as well as the interpreters [7]."

Despite these ambiguities, it is clear that Joseph utilized sacred instruments—in this case seer stones that he found or the interpreters, which Moroni gave him—that had been prepared by the Lord for the purpose of translating the Book of Mormon. Questions remain as to how Joseph used these instruments, such as when precisely he used which devices during the translation process. That the Prophet did in fact utilize divinely-prepared instruments as mediums for inspiration in the translation of the Book of Mormon and some early revelations (e.g. Doctrine and Covenants 3, 6, 7, 11, 14, 17), however, is beyond dispute.

Many people today have come to outright dismiss the existence of miracles or supernatural forces. Claims that cannot be explained scientifically or rationally are often treated as mere superstition, especially in the secular West. It’s therefore understandable why many have a hard time accepting that the Lord would prepare seemingly “magical” or wondrous stones for Joseph Smith to use in translating the Book of Mormon. 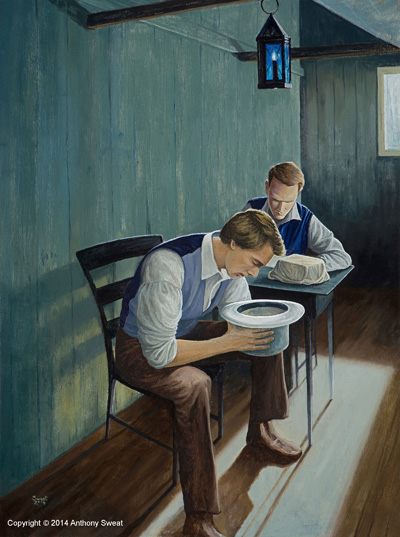 Joseph Smith’s use of such stones needs to be situated in its historical and theological context. The practice of using stones or glass as media to receive divine revelation is a documented practice in many modern and ancient cultures, including among the ancient Israelites and the ancient (as well as modern) Maya [8]. In Joseph Smith’s own day so-called “folk magic” was practiced in rural parts of the United States. This included the use of stones, rods, and other instruments to communicate with spirits, find hidden treasures protected by supernatural guardians, look for lost objects, or even discover sources of water [9]. The Smith family participated in this culture, and Joseph himself had a reputation as a village seer even before he retrieved and translated the plates [10].

It is crucial to keep in mind, however, that there still exists much debate among anthropologists and historians how to properly define “magic” (as opposed to the more conventional “religion”) as practiced by both ancient and modern people. The men and women who participated in these supernatural practices typically did not find them to be in conflict with their own Christian faith. After all, prophets in both the Old and New Testament, including Moses and Elijah, Peter and Paul, and of course Jesus Himself, possessed powers or instruments that were used to perform great wonders [11]. Well-known is the biblical practice of casting lots, which had a clear supernatural dimension (cf. 1 Nephi 3:11) [12].

Claims of "a magic world view" having heavily influenced Joseph Smith should therefore be approached very cautiously [13]. Legitimate questions still remain as to just how involved Joseph actually was in this type of folk culture and how much it actually impacted him [14]. Nevertheless, Mormon theology allows for the Lord to communicate to His children through culturally embedded methods (2 Nephi 31:3; D&C 1:14) [15]. Furthermore, the Book of Mormon itself speaks specifically about the Lord preparing “means” (physical instruments) through which He would channel His power, including sacred stones that would aid seers in translating ancient records by the gift and power of God (Mosiah 8) [16].

We may ultimately never fully understand the nature or process of the Book of Mormon’s translation, including why the Lord prepared sacred stones for Joseph the Seer to utilize. Nevertheless, the fact remains that Joseph consistently and repeatedly testified, and many witnesses close to the process confirmed, that he translated the plates by the gift and power of God, not through any kind of trickery or hocus-pocus conjuring. A sound understanding of the history behind the translation of the Book of Mormon can answer some questions or otherwise be faith-promoting in some regards [17]. A spiritual testimony of Joseph Smith’s calling as a seer, including a burning testimony of the divine nature of the Book of Mormon, however, comes only from God, through the power of the Holy Ghost.

Roger Nicholson, “The Spectacles, the Stone, the Hat, and the Book: A Twenty-first Century Believer’s View of the Book of Mormon Translation,” Interpreter: A Journal of Mormon Scripture 5 (2013): 121–190.

Lead image from lds.org, other images from Wikimedia Commons and Anthony Sweat via Book of Mormon Central