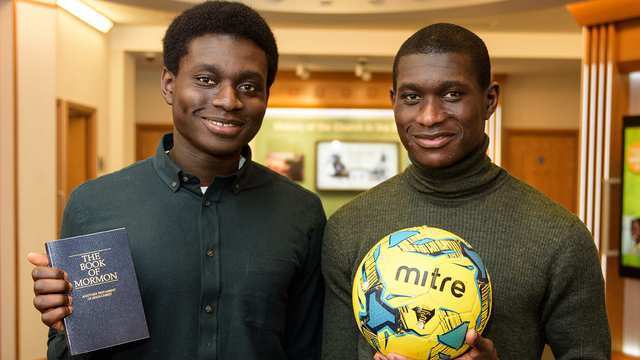 Many make great personal sacrifices to serve a full-time mission for The Church of Jesus Christ of Latter-day Saints.

And Daniel Sintim-Aboagye is no exception.

The 25-year-old professional soccer player left behind his career to serve for two years as a missionary after receiving a prompting to do so.

According to Mormon Newsroom, Sintim-Aboagy was baptized at 9 years old but later became inactive.

Though he enjoyed a successful career as a professional soccer player and played on teams in and around London, according to Mormon Newsroom, Sintim-Aboagyeand remained inactive until his younger brother began serving a mission.

Coupled with visits from missionaries, Sintim-Aboagye felt a strong prompting to serve a two-year mission for the Church.

Placing his career aside, Sintim-Aboagye became an active member in the Church, and in November 2015, he received a call to the same mission his younger brother served in—the England Manchester Mission.