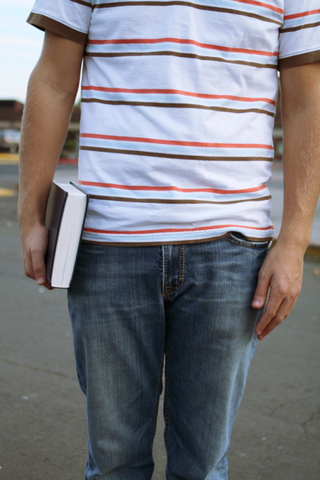 Young Men Lesson 39: Feasting on the Words of Christ

Supplement from the talk "The Blessing of Scripture," by Elder D. Todd Christofferson, April 2010 General Conference:

On October 6, in the year 1536, a pitiful figure was led from a dungeon in Vilvorde Castle near Brussels, Belgium. For nearly a year and a half, the man had suffered isolation in a dark, damp cell. Now outside the castle wall, the prisoner was fastened to a post. He had time to utter aloud his final prayer, “Lord! open the king of England’s eyes,” and then he was strangled. Immediately, his body was burned at the stake. Who was this man, and what was the offense for which both political and ecclesiastical authorities had condemned him? His name was William Tyndale, and his crime was to have translated and published the Bible in English.

Tyndale, born in England about the time Columbus sailed to the new world, was educated at Oxford and Cambridge and then became a member of the Catholic clergy. He was fluent in eight languages, including Greek, Hebrew, and Latin. Tyndale was a devoted student of the Bible, and the pervasive ignorance of the scriptures that he observed in both priests and lay people troubled him deeply. In a heated exchange with a cleric who argued against putting scripture in the hands of the common man, Tyndale vowed, “If God spare my life, ere many years I will cause a boy that driveth the plough, shall know more of the Scripture than thou dost!”

He sought the approval of church authorities to prepare a translation of the Bible in English so that all could read and apply the word of God. It was denied—the prevailing view being that direct access to the scriptures by any but the clergy threatened the authority of the church and was tantamount to casting “pearls before swine” (Matthew 7:6).

Tyndale nevertheless undertook the challenging work of translation. In 1524 he traveled to Germany, under an assumed name, where he lived much of the time in hiding, under constant threat of arrest. With the help of committed friends, Tyndale was able to publish English translations of the New Testament and later the Old Testament. The Bibles were smuggled into England, where they were in great demand and much prized by those who could get them. They were shared widely but in secret. The authorities burned all the copies they could find. Nevertheless, within three years of Tyndale’s death, God did indeed open King Henry VIII’s eyes, and with publication of what was called the “Great Bible,” the scriptures in English began to be publicly available. Tyndale’s work became the foundation for almost all future English translations of the Bible, most notably the King James Version.

To read the rest of the talk, click here.

Additional idea: Use a video representation of Elder Christofferson's story of William Tyndale, as seen here.