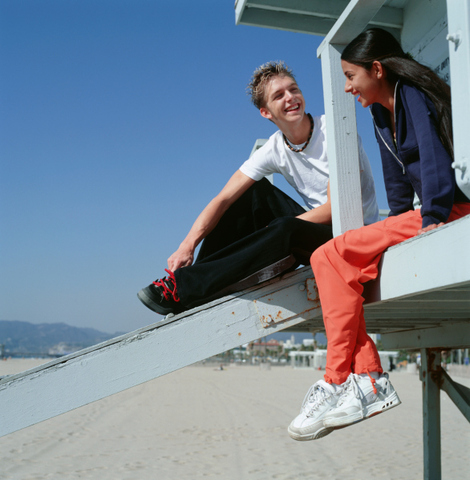 Discussion Questions
• How can your example of living the gospel be a tool in doing missionary work?
• What keeps us from sharing the gospel? How can we overcome this reluctance?
• Who do you know that you could invite to learn about the gospel? How might you approach this individual?

Excerpt from "A Call to the Rising Generation," by Elder Brent H. Nielson, from October 2009 General Conference:

As the Savior’s earthly ministry drew to a close, He appeared as a resurrected being to His Apostles. His charge to them is the same call He extends to you of the rising generation today: “Go ye therefore, and teach all nations, baptizing them in the name of the Father, and of the Son, and of the Holy Ghost” (Matthew 28:19).

On April 6, 1974, the Church sustained a new prophet, President Spencer W. Kimball. That same day I received my call to serve as a full-time missionary in Finland. I wasn’t aware at the time that President Kimball had just delivered a landmark address that week to the General Authorities and regional representatives of the Church. Later I learned that in that address President Kimball prophetically outlined his vision as to how we as a church would accomplish the Savior’s charge to “teach all nations.” In his address, President Kimball invited the members of the Church to lengthen their stride and enlarge their vision. He asked that every worthy young man prepare to serve an honorable full-time mission. He encouraged the members in each country to prepare to supply their own missionaries, and he called upon “able men to assist the Twelve [Apostles] to move out into the world and to open the doors of every nation” (“When the World Will Be Converted,” Ensign, Oct. 1974, 10).

President Kimball also said in his 1974 address that there were 3.3 million members of the Church, 18,600 full-time missionaries, and 633 stakes. He challenged us to do better and asked us to change our sights and raise our vision (see Ensign, Oct. 1974, 7–8).

In response, we as members of the Church began to pray regularly in our families, in our sacrament meetings, and in our stake conferences that the hearts of the leaders of nations would be softened and the doors opened to our missionaries. The members began to see more clearly their responsibility to share the gospel. Our young men stepped up, and a great army of missionaries was gathered. We witnessed President Kimball’s vision begin to unfold.

Additional idea:﻿ ﻿Watch clips of the October 2011 General Conference priesthood session, as well as Elder Kazuhiko Yamashita's talk from Sunday afternoon, for inspiration on how to teach the young men about getting involved with and preparing for full-time missionary work. Click here to see links to all sessions.