This Latter-day Saint runs in Crocs—and now a former Russian Olympian might too. Here’s how it could help spread the gospel

He arrived home to Utah after serving in Kiev, Ukraine on a Tuesday, and by Saturday morning he was competing in a half marathon. Other recently returned missionaries might balk at the idea of participating in an endurance sport so soon, but for Pachev, it comes with the family name.

Before Pachev left on his mission in 2017, he and his 10 siblings gained national attention for their unique family pastime: long-distance running—while wearing Crocs. Of the Crocs, Pachev’s father, Sasha, told LDS Living in 2017, “The economy is really not structured toward large families, [so] you have to think of creative solutions to problems.”

But it turns out that Crocs don’t just ease financial burdens, they also work—and people across the world are noticing. In June of 2021, Pachev ran the Utah Valley Half Marathon with a time of 1:06:33, which is a pace of 5:04 per mile. The family posted a video of Pachev running the race, in Crocs, of course.

To their surprise, just a few weeks later a popular Russian sports commentator, Alexandar Skryvlya, was talking about them online. Pachev's father is from Russia, but the family has no connection to sports community there.

Skryvlya posted a video on YouTube in which he said he had been inspired by the Pachev family to invite 2012 Olympian Nikolai Chavkin, who also took third place in the 2021 Russian marathon championship, to come out for a test run. Chavkin wore three pairs of shoes—Nike, Adidas, and Crocs—to see which shoe would produce the fastest time in a workout. The results? Chavkin’s time was the same while wearing Nike and Adidas, but two seconds faster while wearing Crocs.

Now, if the video detailing Chavkin’s test reaches 42,000 likes (a marathon is about 42 kilometers) and 195 comments, Chavkin has committed to running a marathon in Crocs. Pachev hopes this new development, as well as other previous media attention the family has received, serves a missionary purpose.

“I think the point is just to show that families produce great results. The media attention, for me, gets people to know about a family from Utah who are members of the Church, and it helps break down negative stereotypes. Having a family with 11 children is not common in Russia, and so that’s something that they [will] notice,” Pachev says.

While Pachev has lofty running goals of his own—he’d like to qualify for the Olympic trials one day—he has viewed his passion through a gospel perspective. When it came time to serve a mission, Pachev was nervous about what two years with limited time for exercise would do for his fitness, but he knew he was called to a higher cause.

“I knew [going on a mission] was the right thing to do because, at the end of the day, running isn’t why I’m here; It’s not the purpose of life,” he says.

The Saturday before his mission, Pachev completed a half marathon with a time of 1:11:53. On the Saturday after he came home, his time was about three minutes slower at 1:15:26. And while his pace may have slowed a bit, he picked up skills as a missionary that have since proven useful in races. 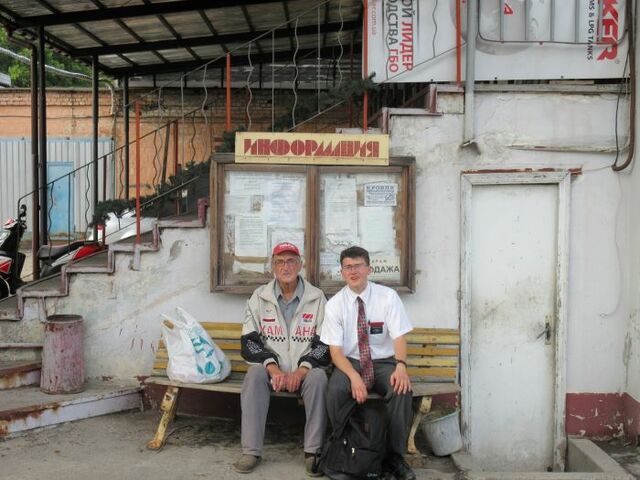 ►  You may also like: ‘We are here to endure’: How the Iron Cowboy plans to conquer 100 full-distance triathlons in 100 consecutive days

Pachev returned home in 2019 and has stuck to an intense training schedule ever since, despite not being able to compete in races during the pandemic. He runs every day of the week except Sundays, running 12 miles a day on weekdays and between 16 to 18 miles on Saturdays. He still has some work to do before he can qualify for the Olympic trials, but in the meantime, the short-term goal is to get his half marathon time under 1:06:00—and he still does it all in Crocs.

And evidently, running isn’t the only thing Pachev does fast. He was homeschooled before starting at Brigham Young University at age 14 and earned a bachelor’s degree in mathematics prior to his mission. Upon returning home, he completed a master’s degree, also in mathematics. He is now 22 years old and a Ph.D. student at the University of Texas at Austin studying computational science for the next four years.

“Running makes the rest of [my] life better. It has a huge stabilizing effect on my emotions,” Pachev says. “During COVID-19 I didn’t get to race as much, and you’d think, ‘Oh, your life’s better because you’re not doing all these miserable races.’ But that’s not true. You don’t have that sense of accomplishment and the thrill that comes from finishing it. . . . Challenges are good for life; a little bit of pain and suffering for a cause makes your life sweeter.”

About the Author
Emily Abel
Emily first found her love for storytelling as an editorial intern with LDS Living. Before returning to work full time as a writer and editor, she graduated from Utah State University with a degree in English and worked for the Liahona magazine. Hiking trails, dance studios, and behind the cover of a good book are some of her favorite places to be.
Feature Stories
Called to paint: This Latter-day Saint veteran is on a mission to create portraits of deceased missionaries
By  Jake Frandsen
As this wounded Vietnam vet answered a call to create portraits of missionaries who died during their service, he’s brought healing to grieving families—and to himself.
8 Min Read
More
Feature Stories
Gold, silver, and bronze—Latter-day Saints have taken home all three so far in Tokyo
By  Haley Lundberg
So far in Tokyo, four Latter-day Saints have each won a medal: one gold, one silver, and two bronze. Learn more about them and their stories below.
2 Min Read
More
Feature Stories
Shrimp, onions, and mayo in Jell-O? One Latter-day Saint turns it into art
By  Haley Lundberg
Stereotypical Latter-day Saint foods like Jell-O and funeral potatoes have become somewhat of a cliché, but photographic artist Daniel George has turned these traditional dishes into amazing works of art.
2 Min Read
More