Whenever I’ve heard my mom or other women from earlier generations claim they couldn’t wear pants to school, I’ve treated their words as myths—kind of like the classic dad story about walking two miles to school in the snow and uphill both ways. But when I traipsed over to the Church History Library and looked through the For the Strength of Youth pamphlets from the past, I found hard evidence that it was, in fact, considered inappropriate for young women to wear pants to school and several other places.

Deep down, I always knew it was true, but I was still surprised when I saw that the first edition of the pamphlet, published in 1965, advised young women not to wear pants “for shopping, at school, in the library, in cafeterias or restaurants.”

Can you imagine this kind of guidance for young women today? It was no doubt the right guidance for the youth to whom it spoke, but as things have changed, so has the pamphlet. Seeing these changes to the For the Strength of Youth pamphlet has opened my eyes to the Church's awareness of the needs of youth at all times, whether it be the 60s and 70s or the late 90s and early 2000s. Here are some of the highlights from the different editions: 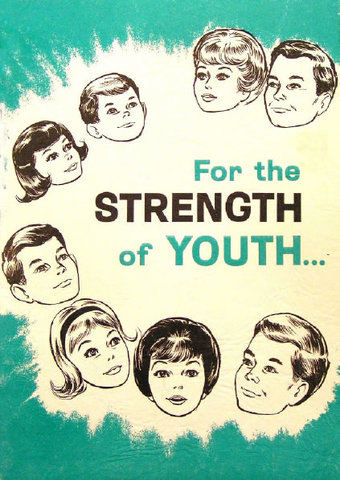 Image of the 1965 For the Strength of Youth from byu.edu.

Between 1965 and 1972, seven editions of the pamphlet were published, including the very first edition. A lot of the guidance in these early editions of FSOY was geared towards propriety and acceptable behaviors. Under the section “Good Grooming,” it reads, “Not only should clothes be clean, but nails, skin, and hair should have the glow of health that bespeaks meticulous care in grooming.” Youth were also reminded that “it is not polite to run in and out of motel or hotel rooms late at night, making a disturbance which keeps other guests awake.” 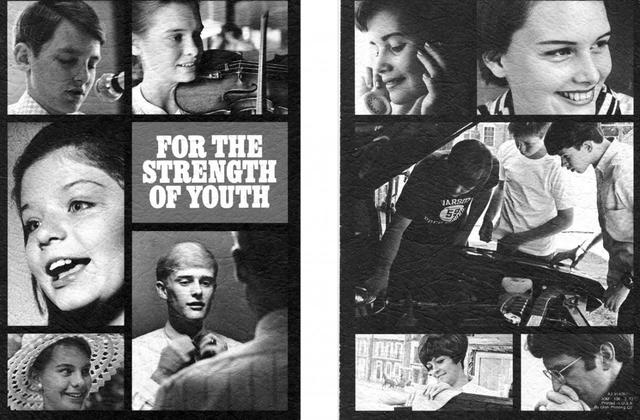 Image of the 1972 For the Strength of Youth from byu.edu.

Some of the directions in these earlier pamphlets are more detailed than the FSOY pamphlets we know today. For example, in the section titled “‘Grubbies,’ Curlers, Hair Fashions,” girls were counseled not to leave the house in their “grubbies.” The next sentence states: “A ‘real lady’ does not go out in public, to the market, or to shops with her hair curlers.” (Most of today’s young women probably don’t even know how to use hair curlers.)

Young women were not only to avoid backless and strapless dresses because of immodesty, but also because, according to these early pamphlets, “few girls or women ever look well in backless or strapless dresses. Such styles often make the figure look ungainly and large, or they show the bony structures of the body.”