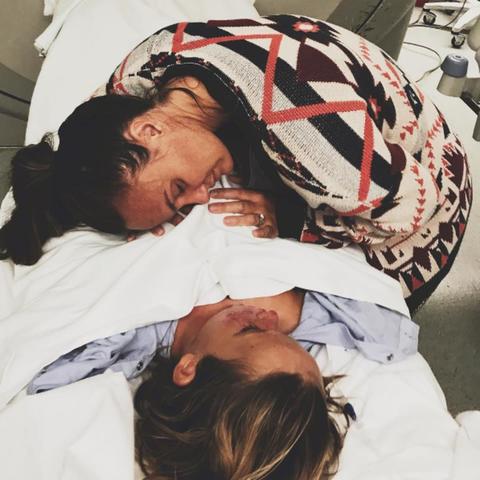 "God Did Not Do This to Us": LDS Couple Shares Messages of Hope After Terrible Accident

After an SUV hit and critically injured their 10-year-old son, the Nortons have shared their testimonies and messages of hope on social media as they face this new trial.

Trial and sorrow are nothing new to the Norton family. Within the past 10 years, Natalie Norton lost her 21-year-old brother, Natalie and Richie Norton lost their fourth son at 4-months-old to whopping cough and recently the couple lost three foster children they cared for for two years.

That's why when Richie Norton received a phone call from a family friend telling him that his 10-year-old son Lincoln had been hit by an SUV while crossing the road, he immediately knew he would once again be entirely dependent on God.

"We’re not so strong, God is strong," Richie Norton said. "We’re weak. It’s not necessarily that God won’t give you more than you can handle. You can handle the things that happen to you if you rely on God and the Savior."