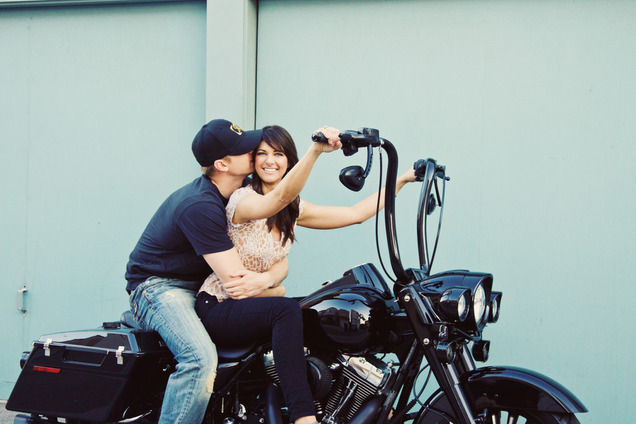 One Mormon girl is about to go on the ultimate blind date—22 times. On May 30, The Mormon Bachelorette will announce the lucky girl who will be set up with 22 eligible Mormon bachelors in hopes that she will find “true Mormon love” with one of them.

Founded last summer, The Mormon Bachelorette takes the spirit of ABC’s The Bachelorette—a reality series where a woman is set up on a series of elaborate dates—and gives it a unique Mormon spin. Done the Mormon way, the bachelors each plan and pay for their own date with the selected bachelorette. The bachelorette still gives roses to those guys who impress her enough to merit a second date, but at a “mocktail” party instead of a cocktail party. And a marriage proposal is not expected at the end of the month-long show.

The first Mormon bachelorette, Aubrey Messick Laidlaw, and her group of friends started the online reality series in August 2010. “My best friend Erin Elton and I have been loyal fans of ABC's Bachelorette for years and had always joked about starting a Mormon version for the fun of it,” Aubrey said. “Because of my love for The Bachelorette, and my dire need of a boyfriend, I was volunteered by everyone to be the first Mormon bachelorette, and within days we had ourselves a reality series!”

Whoever is selected to be the new Mormon bachelorette will follow in the footsteps of Aubrey and the more recent first Mormon bachelor, Rick Buck, who started out as one of Aubrey’s dates. For the second go around, Rick impressed the producers with his video showcasing himself in classic Hollywood films and landed a season of his own. Rick and his chosen bachelorette, Melanie Carney, are still dating, according to an April 14 post on the site. And Aubrey married her chosen bachelor on March 19, 2011, in the Los Angeles California Temple. That’s another place where the Mormon factor comes in—these bachelors and bachelorettes aren’t just looking for a good date; they are serious about finding a committed relationship for eternity.

Did Aubrey really think she would find true Mormon love? Absolutely. “My friends and I felt that we were inspired to begin The Mormon Bachelorette, and because of that, I put my trust in the process and knew that somehow it would lead me to my happy ending.”

Although candidates for the bachelor and bachelorette come from all over the country, Aubrey’s happy ending came from her own backyard. Both she and now-husband Matt Laidlaw lived in Southern California. In fact, Aubrey and Matt had been in the same ward before The Mormon Bachelorette, which gave them a chance to get to know each other better. Snippets of their courtship can still be viewed online, from the first date where Matt showed up on his motorcycle to show Aubrey the town, to the second date where they tested their skills at riding man-made waves, to Matt’s sweet surprise proposal and clips from their wedding reception.

April 15 was the deadline for applying to be this season’s Mormon bachelorette, but on May 23, online voting begins for who should be selected for this ultimate Mormon-matchmaking experience. Producers still have the final say about which girl is chosen, but fan favorites will be a major factor in the selection process. That girl will then go on 22 first dates and select her top seven for second dates, plus one bachelor chosen by internet viewers. After those eight dates, she will give out one final rose to the guy she most wants to continue dating.

Whoever becomes the next Mormon bachelorette, she will never forget her month filled with dates. As the only one to have done this before, Aubrey can testify. “Some of my dates were incredibly fun and creative and I knew that regardless of the outcome of The Mormon Bachelorette, I could look back on the experience and say, ‘That was one of the most amazing experiences of my entire life.’  And it was!”

Clips from each of the bachelorette’s dates will be posted to the website, along with her summary of each date, so anyone can follow along.

Of course, all that adventure in such a short time could have its challenges, too, so what advice does Aubrey offer the next bachelorette? “Keep a positive attitude and never talk negatively about the guys who take you out.  Each and every one has probably gone to a lot of trouble to make the date extra special for you so smile, laugh, and enjoy yourself so you can look back at your experience without any regrets!”

With Aubrey married to Matt and Rick and Melanie still having fun dating, the next Mormon bachelorette may be only weeks away from “true Mormon love.”