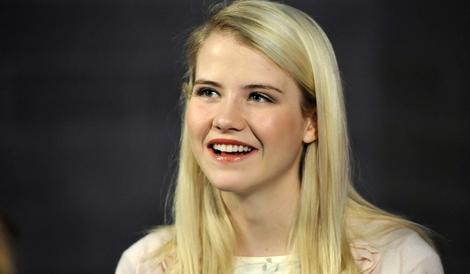 It’s been said that our trials can either make us bitter or better—and few people know about trials quite like Elizabeth Smart. As a 14-year-old, Elizabeth was abducted from her home by a man who verbally, physically, and sexually abused her for nine agonizing months. Local and national media outlets frantically covered both the heartbreak of her disappearance and the relief of her unexpected return. Many among us might allow such an event to hinder our development, but since her escape, Elizabeth has taken every opportunity to raise awareness, serve, and spread the light of the gospel.

“The gospel has the answer to any and every problem in life,” Elizabeth told the Salt Lake Tribune in 2011, shortly after returning from her mission to Paris. “We can overcome anything with it.” Putting her life of inspiration and activism on hold, Elizabeth spent 18 months of her life as Sister Smart—serving and teaching about the restored gospel.

“A mission is an incredible experience,” she said. “I feel so lucky . . . . Every day, I was going out and sharing with people what is most important to me. Being able to do that and . . . see how their lives changed, that made everything worth it.”