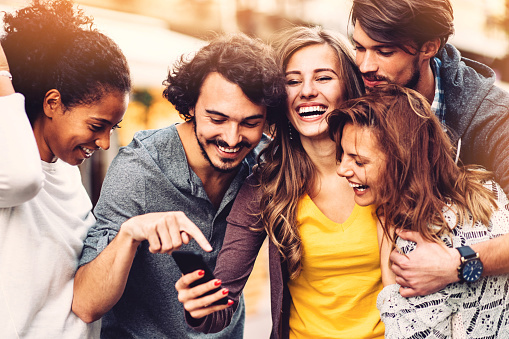 Are your friends off of social media this week? Did your FHE about the Holy Ghost not go quite as planned? You're not alone.

As Mormons, we have a few particular things surrounding our culture others might not understand. And sometimes, these things make for some pretty good memes and social media posts members totally get, like these ones.

#FHE Object Lesson: This is what happens when you don’t follow the promptings of the Holy Ghost. @ByCommonConsent@Ldsstakeclerkpic.twitter.com/v6gnYI3kUt — Branden Allen (@brandengallen2) May 21, 2018

Retweet if you always thought this kid was holding a giant piece of white bread. pic.twitter.com/XmtrxRLe0I — Textures of Mormonism (@Txtofmormonism) May 13, 2018

► You'll also like: A Dead Body at Our Reception + 13 Other Unbelievable Mormon Wedding Fiascoes

A Poor Wayfaring Man of Grief is the Bohemian Rhapsody of hymns — Things Mormons Like (@TheMormonLikes) June 4, 2018

Talking about some symbolism in Sunday school and the teacher asked “who is the rock?” And without skipping a beat my mom and I whispered in unison “Dwayne the Rock Johnson” 💛

► You'll also like: How a Dream About Dwayne "the Rock" Johnson Taught Me I Shouldn't Take the Book of Mormon for Granted

"We'd like to thank the Priesthood for administering the sacrament and dismiss them to sit with their families" pic.twitter.com/f7sK6o5cef — rad Mormon dad Mormon (@ARadicalMormon) April 30, 2018