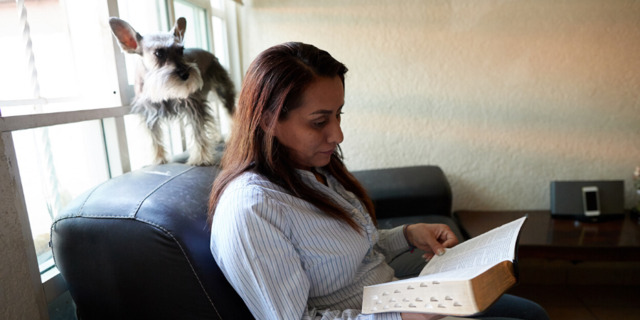 19 Ways the Church Is Prepared for the COVID-19 Pandemic

Two weeks ago I walked out of a temple session and powered on my phone to a smattering of notifications: a Utah Jazz player had tested positive for COVID-19, large gatherings at CES institutions including graduations had been canceled, and it looked like I was going to be working remotely for some time.

That was just one night. Over the next several days, Church meetings would be suspended worldwide, missionaries would return to their home nations, and temple worship would be temporarily suspended.

Life looks more different now than it ever has looked, but I find comfort as I see ways the Lord prepared us for the COVID-19 pandemic. In no way is this list entirely inclusive, but here are 19 ways I believe the Church is ready for this unique time:

Since the start of 2019, individuals and families have brought gospel teaching into the home. When the program was first introduced,  Elder Quentin L. Cook said, "We know the spiritual impact and the deep and lasting conversion that can be achieved in the home setting." Thankfully, we have had a year to get used to home-centered worship before we went to worshipping exclusively from home and the blessings of home worship have already been felt by many.

► Related Content: Ready or Not, Here Comes Home-Centered Church! 9 Resources to Help You Teach Your Family

When Church meetings were temporarily suspended, bishops were given the charge to counsel with their stake president to make the sacrament available to members at least once a month. Many bishops have given authorization for priesthood holders to administer the sacrament at home. One of the new updated chapters in the handbook, released in February 2020, contains directions for how to administer the sacrament. I find it to be no coincidence that “the First Presidency and [Quorum of the] Twelve felt that the [handbook] updates were important enough to release as soon as possible,” according to Elder Anthony D. Perkins.

► Related Content: From Adam and Eve to Nontraditional Families: 6 Takeaways from the New Church Handbook

When ministering was announced in April 2018, Elder Jeffrey R. Holland said, “Much of our ministering effort will be in settings other than the home.” Now some people can't visit others in the home. Ministering took away the protocol for how to reach out to others and made way for ministering via technology or in other ways.

In April 2018, President Nelson announced a restructuring of the Melchizedek Priesthood quorums which combined the elders quorum and the high priests group. Elder Ronald A. Rasband said, “These adjustments will help elders quorums and Relief Societies harmonize their work. They will also simplify the quorum’s coordination with the bishopric and ward council.” Surely this harmony and coordination are coming into play now as wards account for their members during the pandemic.

When was the last time you picked up an envelope and a tithing slip from outside your bishop’s office to pay tithing? Starting in 2015, the Church implemented a way for tithing and other donations to be done virtually instead of needing to hand the envelope to your bishop.

It used to be that when couples elected to be married civilly, they had to wait a year prior to being sealed in the temple. In May 2019, the First Presidency announced the discontinuation of that practice saying that “couples who have been married civilly may be sealed in the temple when they receive their temple recommends.” With all temples temporarily closed worldwide, many couples may elect to have a civil marriage until temples resume normal operations.

In a worldwide broadcast in June 2013, Elder L. Tom Perry announced missionaries would use the internet and digital devices in their work. Now, seven years later, “missionaries who remain in regions where COVID-19 is of particular concern are taking precautions to stay healthy, including staying in their apartments as much as possible, avoiding personal interaction with other people and teaching through phone calls or other technology,” according to Church Newsroom. The process for online teaching had been developed for seven years and now, many are utilizing technology to maintain contact with those they have been teaching in person.

8. Missionaries Given More Options to Communicate with Families

In February 2019, the Church gave missionaries more options to communicate with their families on preparation day including text messages, online messaging, phone calls, and video chats in addition to letters and emails. I can only imagine how helpful these calls have become as missionaries have been thrown into uncertain times with pending reassignments and shifting travel plans.

In a rare interview with Deseret News earlier this year, the Presiding Bishopric discussed the Church’s financial reserves. “There will come a time when all of these resources, reserves, will be necessary,” Bishop W. Christopher Waddell said. “We don’t know when, we don’t know exactly in what form . . . . We want to be ready for any contingency.” While it is not known if the Church is currently using its financial reserves during the pandemic, I find it comforting to know that the Church likely won’t need to go into debt to support members through the pandemic or return tens of thousands of missionaries to their home countries.

► Related Content: When General Conference Was Canceled and Other Conference Firsts

As the Church has released new information about COVID-19, many members have received word of the updates from emailed Church newsletters. The first newsletter was sent by the First Presidency in 2014, using emails listed in members' Church accounts. These email lists also provide local leaders an easy way to send out messages to their wards and stakes.

The Church has long taught the importance of emergency preparedness, from food storage to 72-hour-kits to avoiding debt. In October 1995, Elder L. Tom Perry taught, “The need for preparation is abundantly clear. The great blessing of being prepared gives us freedom from fear.” As grocery stores have empty shelves, I think about how the Church has over 100 Bishop's Storehouses and how they are stocked for emergencies just like this. Latter-day Saint Charities has even increased production at its canneries and food processing plants during the COVID-19 crisis, according to Deseret News.

The videos many families are enjoying in their homes as they do their Come, Follow Me studies started filming three years ago. By May, over 20 episodes will tell stories ranging from Nephi’s family in Jerusalem to Alma counseling his sons.

► Related Content: Watch: New Trailer for Season 3 of the Book of Mormon Videos

And then I can't forget some of the apps the Church has made available:

Released earlier this year, the Gospel Living App allows youth classes and quorums to connect in a safe way during this period of social distancing. The Circles feature allows the youth to share their goals and uplifting content with each other.

► Related Content: How the New Gospel Living App Is Changing My Young Women and Changing Me

Growing up, our family’s paper ward directory was taped inside multiple kitchen cabinets so we could look up phone numbers of those we needed to call. I love that now if I want to find the number for my ministering brothers, it takes me three clicks in the app. At the end of 2012, wards and stakes were strongly encouraged to start hosting stake and ward tools through the Church’s homepage, according to Church News. In 2018, Church News reported a major update to the app that has allowed contact information to remain current.

The Gospel Library app was first released in 2009, according to ChurchofJesusChrist.org. In 2013, major updates were announced to the app and it became the Gospel Library as we know it today. Now, families and individuals can find all kinds of talks, videos, and lessons in the app.

In 2019, FamilySearch celebrated 20 years of being online. Its initial 1999 release was ahead of the rest of the genealogical world at the time offering free access to hundreds of millions of genealogical records, according to FamilySearch.org.  Now, FamilySearch has over 7 billion searchable names.

In 2011, the Church released LDS Music 1.0 for iOS which granted access to the sheet music, text, and instrumental music of the songs in the hymnbook and the Children’s Songbook. The app, now called Sacred Music, has continued to be updated over the years. One feature allows users to play words and music so they can sing along as they do hymns in their homes.

While the pandemic can be unsettling at times, I find comfort as I see the preparatory presence of the Lord's hand. As the Lord has said, “If ye are prepared ye shall not fear” (D&C 38:30).