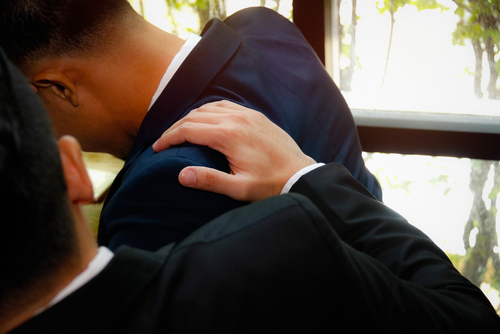 4 Ways You Can Help a Struggling Missionary

Missionaries can deal with a slew of issues, and as a parent, sibling, or friend reading and writing letters from afar, you may feel helpless. But you’re not. Check out some ways you can help them with some of these most common struggles, and some prophetic counsel that may help as well.

When missionaries are new to the MTC or mission field, it’s easy for them to become discouraged, feeling as if everyone ahead of them knows so much more. Missionaries around them seem to have all the lessons and accompanying scriptures memorized, not to mention the fact that they can recite them all in a foreign language! Remind your missionary that everyone has to start at the beginning. The best way to overcome these feelings of inadequacy is to dive into gospel and language study and prayer. Help him realize that he may not have all the answers to difficult questions, but he still has his testimony.

Nearly 40 years ago as I contemplated the challenge of a mission, I felt very inadequate and unprepared. I remember praying, "Heavenly Father, how can I serve a mission when I know so little?" I believed in the Church, but I felt my spiritual knowledge was very limited. As I prayed, the feeling came: "You don’t know everything, but you know enough!" That reassurance gave me the courage to take the next step into the mission field.  — Elder Neil L. Andersen: “You Know Enough”

Struggling with the Language

When a missionary first opens the Book of Mormon in the mission language, sometimes it appears as if it’s all in gibberish. She can quickly become discouraged, feeling that mastering the mission language is impossible. But the gift of tongues can and does happen, and you can assure her that it only takes time, perseverance, and faith. Even Elder Uchtdorf was able to learn English when it seemed impossible at first:

“When I turned 11 we had to leave East Germany overnight because of the political orientation of my father. Now I was going to school in West Germany, which was American-occupied at that time. There in school all children were required to learn English and not Russian. To learn Russian had been difficult, but English was impossible for me. I thought my mouth was not made for speaking English. My teachers struggled. My parents suffered. And I knew English was definitely not my language. . . . Then I learned that to become a pilot I needed to speak English. Overnight, to the total surprise of everybody, it appeared as if my mouth had changed. I was able to learn English. It still took a lot of work, persistence, and patience, but I was able to learn English!

“Why? Because of a righteous and strong motive!” — Dieter F. Uchtdorf: “The Power of a Personal Testimony”

► You'll also like: "3 Things No One Tells You About Serving a Mission"

Here is one missionary's testimony of the role of the Book of Mormon in overcoming this particular struggle:

“My mission president promised us missionaries that if we read the Book of Mormon and asked for a specific blessing, it would be granted to us by the time we finished the book. One elder asked to be able to speak French when he finished the Book of Mormon. He finished it two weeks later and could speak French nearly fluently. Just two weeks before, he was struggling a lot with it. We couldn’t believe how fast he picked it up. I think that when you show Heavenly Father that you have a real desire to learn, and you put your trust in the counsel of the scriptures and church leaders, Heavenly Father can help you do anything. And I still believe in that promise of reading the Book of Mormon.”

Working with a Difficult Companion

Sometimes missionaries may think that they are given a difficult companion as a punishment, but often, mission presidents are inspired to place struggling companions with stronger missionaries. The companion may be struggling with any sort of matter, but it is important for your missionary to remember that the Lord has placed them together for a reason. There is always something to learn from one another.

► You'll also like: "The Parts of Missionary Work We Don't Talk About and Why We Need To"

And if any man among you be strong in the Spirit, let him take with him him that is weak, that he may be edified in all meekness, that he may become strong also.

Remind your missionary that this transfer, companionship, area, and mission will not last forever. Sometimes depressed missionaries cannot even understand their own feelings, let alone explain them to their companions. Encourage him to confide in the mission president. Some missionaries feel embarrassed by their negative feelings, but they may not realize that the mission president is always on their side—and that you are, too. Bear your testimony to your missionary, share with him similar experiences you’ve had, and perhaps send him these uplifting quotes from the prophets and scriptures:

No matter how bleak the chapter of our lives may look today, because of the life and sacrifice of Jesus Christ, we may hope and be assured that the ending of the book of our lives will exceed our grandest expectations.

And to all who suffer—to all who feel discouraged, worried, or lonely—I say with love and deep concern for you, never give in. Never surrender. Never allow despair to overcome your spirit. Embrace and rely upon the Hope of Israel, for the love of the Son of God pierces all darkness, softens all sorrow, and gladdens every heart.” —Elder Uchtdorf: “The Infinite Power of Hope”

Now when our hearts were depressed, and we were about to turn back, behold, the Lord comforted us, and said: Go amongst thy brethren, the Lamanites, and bear with patience thine afflictions, and I will give unto you success. —Alma 26:27

No matter what issues your missionary faces, you can lend an understanding ear and constantly reaffirm your support of what he is doing—placing the Lord before himself. And if difficulties continue to persist, you can share this loving but firm admonition from President Monson:

Regardless of our fears or anxieties, let us pray and then go and do.

For ideas on how to help returned missionaries transition back to everyday life, read "Especially for Latter-day Saint Missionaries: How to Transition to Post-mission Life."

Mormon Life Missionaries Family Relationships Depression Trials Blogs How To Lds How To ParentingMissionaries,Family,Relationships,Depression,Trials,Blogs,How To,Lds How To,Parenting,Mormon Life
Comments and feedback can be sent to feedback@ldsliving.com