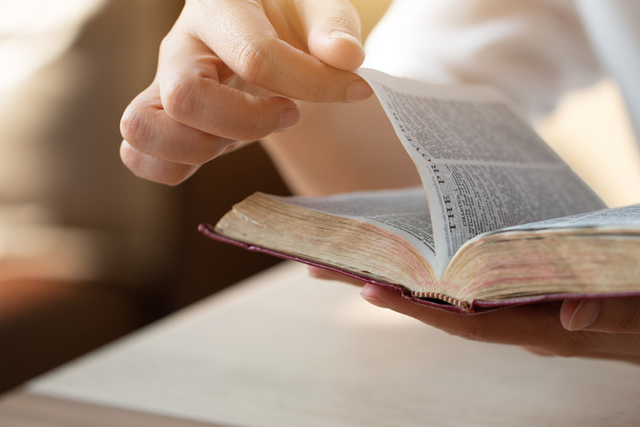 7 Ways the Bible Prophesies of the Book of Mormon

I replied, “If Jesus Christ is our Savior—the very foundation of Christianity—I assume He would be prophesied of in the Old Testament.”

I then asked, “Can you find the name of Jesus Christ specifically mentioned anywhere in the Old Testament?”

He replied, in essence, “Well, the Old Testament does not mention the name of Jesus Christ—I admit that—but it does prophesy of Him in such a way that any reasonable person should know that it’s referring to Jesus Christ.”

He was right—the Old Testament does not mention Jesus Christ by name, but it does prophesy of Him with such specificity that we ought to recognize those prophecies as speaking of Him. For example, it prophesies that He would be born in Bethlehem (see Micah 5:2) of a virgin (see Isaiah 7:14), that He would suffer the sins of the world (see Isaiah 53:3–5), and that He would be crucified (see Psalm 22:15–18). But even with all these specific references, many, if not most, of the people in the meridian of time could not accept that Jesus Christ was the literal fulfillment of those prophecies. Nonetheless, the prophecies were there to be discerned by the spiritually enlightened.

►You'll also like: 5 Compelling Archaeological Evidences for the Book of Mormon

And so it is with the Book of Mormon. The Bible prophesies of its coming forth and its purpose not by name but by events and descriptions that are sufficiently clear that honest seekers of the truth who are familiar with the Book of Mormon can discern their fulfillment. What, then, are some of these prophecies?

1. “Branches Run Over the Wall”

Jacob, also known as Israel, had 12 sons, whose descendants are collectively known as the house of Israel. One of those sons, Joseph, who inherited the birthright (see 1 Chronicles 5:1–2), had two sons, Ephraim and Manasseh. Lehi was a descendant of Manasseh (see Alma 10:3), and Ishmael (who accompanied Lehi to the Americas) was a descendent of Ephraim.1 Thus, these two families that composed the first generation of the Nephite-Lamanite civilization were direct descendants of Joseph (see 1 Nephi 6:2; 3 Nephi 10:17). Why is this important? Because the Bible prophesies that descendants of Joseph—referring to Lehi, Ishmael, and perhaps others (see 3 Nephi 10:17)—would leave their homeland of Jerusalem, cross the ocean, come to a blessed land, have a great posterity, and record their history into a book that would be given to one who is unlearned. This book would come forth in our day and be another witness of Jesus Christ.

2. “This Precious Land of Promise”

Genesis 49:22–26 speaks of Joseph as a “fruitful bough” and states that certain “branches” or descendants of Joseph, referring at least to Lehi and Ishmael (see 1 Nephi 15:12; 2 Nephi 10:22), would cross the “wall”—likely meaning the ocean (which was a wall to the people), and that they would find their way to a blessed land (see Deuteronomy 33:13), which would be the land of their inheritance (see 3 Nephi 15:12–13; 3 Nephi 16:16). These descendants of Joseph were further promised “blessings of the breasts, and of the womb” (Genesis 49:25), meaning they would have a great posterity, as evidenced by the populous Nephite and Lamanite civilizations.

►You'll also like: Tad Callister Explains Why He Included Opposing Arguments in His "Case for the Book of Mormon"

But there is more. Isaiah spoke of a people who, like the people of Jerusalem (see Isaiah 29:2), would have an enemy “camp against” them, “lay siege against [them] with a mount” and “raise forts against [them]” (Isaiah 29:3). Who are those other people that are likened to those destroyed in Jerusalem?2

Nephi gave the answer. He used phrases similar to Isaiah’s to describe the destruction of his own people: “The Lord God shall have camped against them . . . and shall have laid siege against them with a mount, and raised forts against them; and after they shall have been brought down low in the dust, . . . the words of the righteous shall be written” (2 Nephi 26:15). In addition, Isaiah told us that these people would “speak out of the ground,” meaning their records would be brought forth out of the earth. Isaiah then referred to these records as a “book,” which is delivered to someone who is unlearned (see Isaiah 29:1–12). What an appropriate description of the Book of Mormon.3 The Nephites were destroyed, as prophesied, and their people did speak out of the ground through the golden plates that had been buried in the earth (see 2 Nephi 26:16; Mormon 8:26). And these plates were delivered to someone who was unlearned: namely, Joseph Smith.

Isaiah also prophesied of a book that would come forth when “Lebanon shall be turned into a fruitful field, and the fruitful field shall be esteemed as a forest” (Isaiah 29:17). What is Lebanon, and has it yet become a fruitful field and esteemed as a forest? And what is the book that is to come forth in that time period? Lebanon is a mountain range; as explained by one Bible scholar, it is “mentioned nine times in the Bible as either part of the Promised Land [Israel] or the northern boundary of the Promised Land.”4

Some years ago, I traveled to the Holy Land. Knowing of the devastation that had taken place during the Ottoman rule, I was surprised to see the number of trees that forested the mountainsides. I asked our guide how this could possibly be. He said that commencing about 1900, the Israelis had planted more than 100 million trees in Israel. For years I thought that might be an overestimation, so I researched it, and to my further surprise I learned that more than 250 million trees have been planted since 1901.5 In this way, Israel (Lebanon) has become, and is currently becoming, a forest, as prophesied by Isaiah.

As Isaiah said, “in that day [when Lebanon is esteemed as a forest] shall the deaf hear the words of the book, and the eyes of the blind shall see out of obscurity, and out of darkness” (Isaiah 29:18). If any book meets the requirements of that prophecy, it is the Book of Mormon. It has restored many of the plain and precious truths lost from the Bible and thus helped the spiritually deaf and blind to hear and see once again.

No wonder Ezekiel prophesied that the stick of Judah (meaning the record of the Jews, known as the Bible) and the stick of Joseph (meaning the record of Joseph’s descendants, known as the Book of Mormon) shall be joined into one stick or book, “and they shall become one in thine hand” (see Ezekiel 37:17)—in essence, complementary witnesses of Jesus Christ. The Lord further tells us that these two books “shall grow together, unto the confounding of false doctrines . . . and also to the knowledge of my covenants” (2 Nephi 3:12).

The Book of Mormon is also consistent with the law of witnesses, as taught by Paul: “In the mouth of two or three witnesses shall every word be established” (2 Corinthians 13:1). The Bible is one witness of Jesus Christ, the Book of Mormon is a second witness, and the records of the lost 10 tribes, yet to be revealed, will be at least one more witness (see 2 Nephi 29:13).

In the New Testament, Christ referred to the Book of Mormon people when He spoke to His disciples in Jerusalem: “And other sheep I have, which are not of this fold: them also I must bring, and they shall hear my voice; and there shall be one fold, and one shepherd” (John 10:16). Who were these other sheep that Christ would visit? In at least partial fulfillment of that prophecy, the resurrected Savior appeared to the Nephites, who heard the voice and became a part of His fold, exactly as prophesied (see 3 Nephi 15:21–24).

►You'll also like: 5 Traces of the New Testament in the Book of Mormon and What They Teach Us

7. “The Birthright Was Joseph’s”

The foregoing prophecies of the Book of Mormon are further confirmed by the fact that Judah, a son of Jacob, received great blessings, “but the birthright was Joseph’s” (1 Chronicles 5:2). This becomes significant when one realizes that Judah received the following blessings:

· A promised land—the country of Israel

· The Savior—born through Judah’s lineage

· A book—the Bible, which is the record of God’s dealings with the house of Israel, particularly the Jews, and Christ’s ministry among them

Did Joseph, who received the birthright, receive blessings equal to or greater than Judah’s? He did. He received the following:

· A great posterity—including the Nephite and Lamanite civilizations

· A book—the Book of Mormon, which is the record of God’s dealings with Joseph’s descendants in the Americas and the resurrected Christ’s personal ministry among them

Some might claim that Joseph Smith wrote the Book of Mormon in such a way to make it look like it was a fulfillment of the foregoing scriptures. If that is the case, this “unlearned” boy seems to have become more savvy and brilliant all the time—not only having read the numerous books referred to in previous chapters but now also becoming a master scriptorian, all by the age of 23. But of greater consequence, if these biblical scriptures do not apply to the Book of Mormon, then to what people and what book are they referring?

2. Some believe that Isaiah 29:1–8 applies only to Jerusalem and not to the people of the Book of Mormon. However, the chapter heading to the Latter-day Saint edition of the scriptures, in referring to these same verses, reads, “Nephites shall speak as a voice from the dust.”

3. The Faithlife Study Bible, sponsored by Evangelical Christians, commented on Isaiah 29:11 as follows: “The prophet’s message is like a document sealed up for a future audience that will be able to understand it. A seal could only be broken by one with proper authority.” This is consistent with the fact that the words of the Book of Mormon were sealed for a future audience in our dispensation who would be able to understand them, and that the one with the proper authority who could break the seal, or translate it by the power of God, was Joseph Smith.

4. Horn, “Lebanon in the Holy Scriptures.” 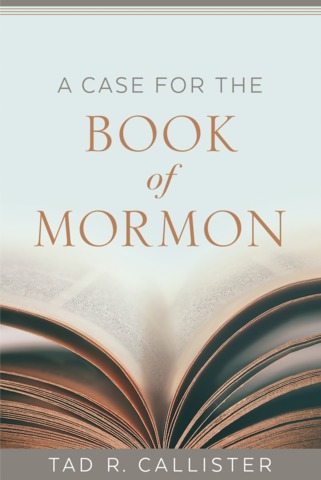 For more fascinating insights, reasoned explanations, and compelling physical and spiritual evidence for the authenticity of the Book of Mormon, check out Brother Tad R. Callister’s new book, A Case for the Book of Mormon, available at Deseret Book stores and on deseretbook.com.