8 LDS Women Who Made Their Mark in U.S. Politics

In this past general conference, President M. Russell Ballard encouraged that “Church members—both men and women—should not hesitate, if they desire, to run for public office at any level of government wherever they live.” He continued, “Our voices are essential today and important in our schools, our cities, and our countries” (“Precious Gifts from God,” general conference, April 2018). Here are eight LDS women in U.S. politics who have already dedicated their lives and their voices to making the world a better place.

Angela Bay Buchanan: Standing for Something 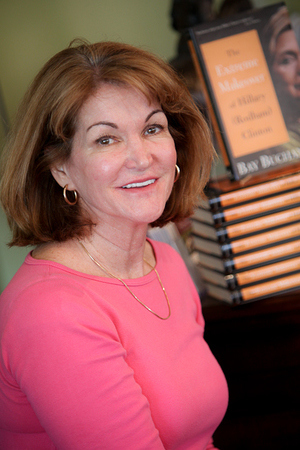 Angela Bay Buchanan served as the youngest U.S. Treasurer in the history of the United States.

The love of debate and commitment to her beliefs has sustained Bay in the national political arena and in her own home.

Bay went to work on former California Governor Ronald Reagan’s presidential campaign. After he lost that race, she moved to California and worked with him until he ran again in 1980, when she was named his national campaign treasurer. When Reagan won, Bay was determined to be appointed Treasurer of the United States—after all, she had been with Reagan for five years. After learning that Vice-president-elect George Bush had someone else in mind for the job, Bay met with Ed Meese, a respected appointee in the Reagan administration, to get his support for her appointment.

“This can’t happen,” Bay told Meese. “After years of working to elect Reagan, I’m not losing to a Bush person. Ed, I want to see the president.” It wasn’t going to be necessary. Ed told her the President was appointing her. At age 32, Bay was named U.S. Treasurer in 1981—the youngest treasurer to serve in the history of the United States. Under her leadership the Treasury Department was restructured to include the Department of the Mint and the Department of Engraving and Printing.

She tells Church members, “Work to be bold—spokespeople, spokesmen, for our beliefs.” Through Bay’s take-charge attitude, she has created a niche for herself in the conservative realm of national politics. 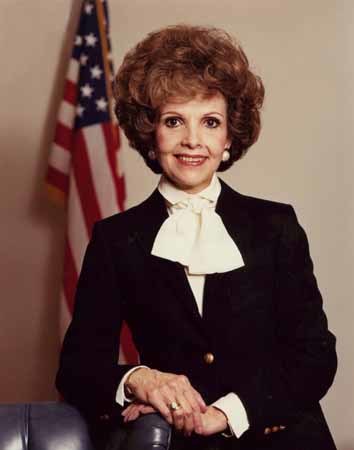 Paula Hawkins was the first woman elected to the U.S. Senate from the southern states.

A devoted Latter-day Saint and self-described “housewife” from Maitland, Florida, Paula Hawkins was the first woman elected to the U.S. Senate from the southern states. Florida Governor Charlie Crist praised her for being a pioneer in the political arena, saying, “Paula Hawkins’ pioneering spirit earned her the respect of Floridians, fellow senators and all who worked alongside her.” History books will record her many firsts—first female Florida Public Service Commissioner, first female U.S. Senator from Florida, and first female Senator from the entire South.

After 10 years of marriage and with the encouragement of her husband, Gene, Paula began her political career. In the late 1950s, she fought Maitland City Hall to get sewers put in her neighborhood. Her victory as a community activist had a lasting impact on Paula’s political aspirations. In 1972 she was the first woman elected to a statewide office in Florida when she won a seat on the Florida Public Service Commission. She ran for the U.S. Senate in 1974 and lost. She ran for Lieutenant Governor in 1978 and lost again. Believing the third time would be the charm, Paula again ran for the U.S. Senate in 1980. To the surprise of many constituents, she garnered 52 percent of the vote.

Washington, DC, was not prepared for a female senator from the South, let alone her husband. Paula was the first senator to bring her husband with her to Washington. This forced the exclusive Senate Wives’ Club to change its name to the Senate Spouses’ Club and embrace Gene as a member.

► You'll also like: Did You Know the First Woman Mayor with an All-Woman Town Council Was Mormon? 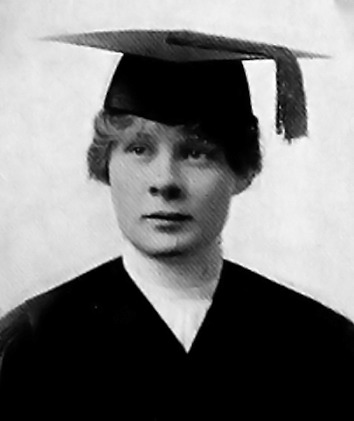 Daughter of Lars Echart Eggertsen and Ane (Annie) Grethe Nielson, Algie was born May 3, 1896, in Provo, Utah. Although Algie was reared in an era when educational opportunities for women were not equal to those of men, her mother was determined to see that her daughters had the same opportunities as her sons.

As one biographer noted, “[Algie] didn’t let things like child care, housework, and home management slow down her other interests.” In 1932 she became the membership chair of the American Legion Auxiliary.

In 1935 Algie was elected to the Provo School Board—very unusual for her era. Algie served from 1935 to 1958. In reflecting on her experience on the board, she said, “[It] gave me insight, far more than I had ever had into the problems of public education and I hope that I did some good.”

From 1959 to 1960 she served in the Utah House of Representatives with a focus on educational issues. At the request of Eleanor Roosevelt, she served on the National Education Subcommittee based in Washington, DC, and later as chair of the Education Committee. Service on the national committee required Algie to travel to the nation’s capital at least once a month to contribute to discussions on women’s education in America. Algie’s daughters claimed that their mother always felt inferior at the national meetings, never realizing how smart and talented she really was. “Sometimes I probably was over-awed with [other participants’] brilliance and their knowledge,” she admitted, “but I did the best I could and I think what I did was appreciated.” 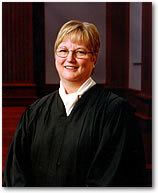 To those still holding a single-minded view of women in society, meet Utah Supreme Court Chief Justice Christine Durham. She not only fulfills her role as wife and mother but is making her mark in the professional world. As a Latter-day Saint, she “has always been aware of the Church’s emphasis on excellence, learning, and academic value,” using her quality education to make a difference in legal discussions and judgments in Utah.

In Utah, Christine struggled to find her niche in society because Utah’s legal profession was still viewed as a traditionally male-dominated field. Yet she pressed forward and found enjoyment in her career. “I was right all those years ago to fantasize about [being a judge] because it is the best job in the world,” Christine says. From 1973 to 1978 she worked as an adjunct professor at Brigham Young University, and from 1978 to 1982 she was a judge in the Third Judicial District Court. “If I had failed as a trial or an appellate judge,” says Christine, “it would have redounded not just to my detriment but also to that of women lawyers across the board.” As a result of her extraordinary legal skills, she was appointed an Associate Justice of the Utah Supreme Court in 1982 and was elected Chief Justice of Utah’s Supreme Court in 2002.

Christine has worked to successfully fuse her desire to develop professional skills and intelligence with her love of and responsibility to her family. Christine maintains that “the most significant role I have ever played in life—and the one that has been the most significant to my personal growth and development—has been my role as a wife and mother. On the other hand, I never saw any conflict in the performance of that role with also pursuing professional pursuits.”

► You'll also like: What Sister Julie B. Beck Wished Women in the Church Better Understood