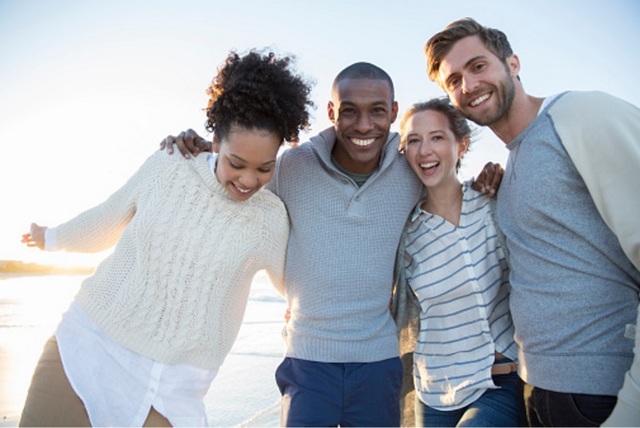 One memorable evening, after participating in a fireside in Tremonton, Utah, I strapped myself into my little Hyundai and set out for the drive home. As I proceeded southbound along the Wasatch Front, I marveled at the number of temples I passed along the way. . . .

The thought that wouldn’t leave me as I drove that evening was not so much about the buildings. It was about the man, the icon standing atop nearly all of our temples—that solitary figure, the angel Moroni. There he was, all alone, looking out over the valleys like the watchman on a tower that he was. It occurred to me that being alone was something with which Moroni was painfully familiar.

My mind began to race. This may be a family church, I thought, but it was restored through an unmarried teenager who was visited and tutored by an angel—who spent at least the last 20 years of his life as a single adult, alone and wandering for his own safety. Moroni is one of the symbols of our membership. He is on the cover of For the Strength of Youth, Personal Progress, and Duty to God. How much different would the Book of Mormon be without Moroni’s work? I had the thought, Moroni’s best work was done while he was a single adult—an affirming, comforting, and motivating fact for a large population within our Church. Marital status does not increase or diminish our ability to contribute, and it does not change what the Lord expects of us.

We know that there was limited space on the plates, so what Moroni shared was what was most important to him and what he felt inspired would be important to us. So what was on Moroni’s mind as he concluded the Book of Mormon?

I find it fascinating to consider Moroni’s unique perspective as I ponder what he wrote to us while in extremely difficult, lonely, and sorrowful circumstances. We might call it Moroni’s “last lecture,” his final, best advice he had to offer as a voice from the dust. . . .

Think about it: ours is a world not unlike Moroni’s, full of chaos and violence and seemingly teetering on the brink of destruction. If we can develop a Moroni mind-set, we will navigate those trials more effectively, as he did.

The prophet Moroni, who spent at least the last twenty years of his life alone and wandering to avoid being captured and killed, has in the latter days become one of the symbols of our religion. His statue watches over nearly every temple and has been depicted on the cover of millions of copies of the Book of Mormon in dozens of languages.

In this book, best-selling author John Bytheway suggests that Moroni's last words were both intensely personal and universally applicable. In the closing chapters of the Book of Mormon we discover a wonderful formula for surviving today's turbulent times. Moroni's topics, and even the sequence in which he shared them, become a strategy for remaining steadfast and true in our day. John suggests that whatever latter-day challenges we face, we can successfully navigate them by "likening Moroni."