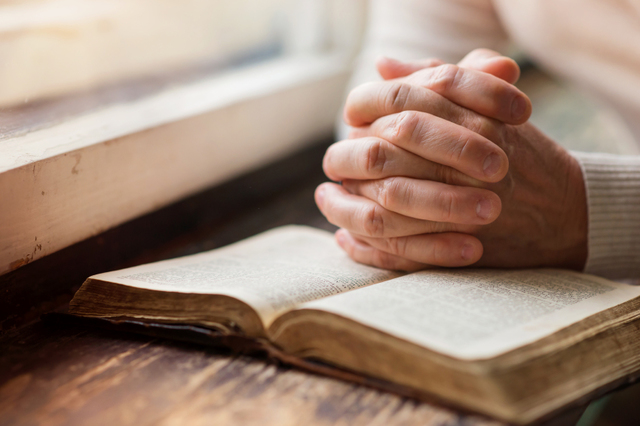 Catholic Professor: The Book of Mormon Is a Miraculous Text

Many might not know Catholic professor Dr. Stephen H. Webb, but he did much to champion LDS beliefs, values, and scriptures. When most of the world refused to view Mormons as Christians, he publicly defended them, saying, "Mormons are more Christian than many mainstream Christians who do not take seriously the astounding claim that Jesus is the Son of God."

When Webb passed away at the age of 54 on March 5, 2016, many, including Mormon scholars, mourned the loss of this incredible man.

He believed and demonstrated that Mormonism, particularly the Book of Mormon, was "obsessed with Christ."

"When I actually read this book, however, I was utterly surprised," he wrote. "Nobody stands out but him. 'And we talk of Christ, we rejoice in Christ, we preach of Christ, we prophesy of Christ, and we write according to our prophecies, that our children may know to what source they may look for a remission of their sins' (2 Nephi 25:26)."

And even though his initial writings quoted above show his respect for Mormon beliefs, he also withheld no criticism. However, shortly before his passing, Dr. Webb shared in an email to LDS Living that his views had "changed, grown, and deepened so much since then." He went on to say, "I wrote that piece when I was at the very beginning of my journey into the Restored Gospel, and I have learned so much about, and from the Saints since then."

Webb was adamant that studying Mormonism and meeting Mormons made him a better Christian.

This inspired Webb to write a new book, Mormon Christianity: What Non-Mormon Christians Can Learn from the Latter-day Saints,  and a follow-up titled Catholic and Mormon: A Theological Conversation.

In a Q&A with America Magazine, Webb gave more examples of how Mormonism had changed him and how it could benefit other Christians, particularly Catholics. Here are just a few highlights:

. . . For me, the Book of Mormon is an apparently miraculous text that addresses theological issues in a narrative form. Reading it religiously, rather than according to modern historical standards, suggests how it resolves many of the issues that were dividing Protestants in the nineteenth century and points the way toward a richer and broader Christianity than was then available. . . .

What can Catholics learn from Mormons?

. . . Mormons and Catholics both talk about works and holiness more than Protestants, and they can learn from each other on that score. Moreover, Mormons have a strong belief in the physical reality of heaven. Catholicism used to have a more graphic and detailed approach to heaven, but we have largely lost that, I am afraid. We have much to learn from Mormon confidence in a materially real afterlife.

Mormons also have a very strong sense of the connection between the living and the dead. . . .We Catholics can come to appreciate our own responsibility for the dead in news ways through studying Mormonism.

What can Mormons learn from Catholics?

Mormons believe that Christianity lost its way after the death of the original Apostles, so most Mormons do not read much traditional theology. Don’t get me wrong. I have found Mormons to be more theologically sophisticated and engaged than the members of any other church I know. They are incredibly literate about their own beliefs and, since they are a minority religion, they are very articulate in showing the relevance and coherence of those beliefs.

Mormons are theologically curious and intellectually bold in their faith. But Mormons often do not know how their beliefs fit into the rest of the Christian tradition. I try to show in my work that Mormonism is not an isolated and inaccessible form of Christianity. Mormon beliefs have many interesting parallels and precedents in other parts of Christian history and tradition. . . .

As you understand it, what is the essential message of Mormonism?

Their central message is no different from any other church. Every Mormon I have talked to and every Mormon book I have read promotes the Lordship of Jesus Christ as the Son of God and our one true Savior. . . .

If you could say one thing to Pope Francis about Mormons, what would it be?

The time is ripe for Catholics to take Mormons seriously. A good topic to begin with would be a reconsideration of the decision by then-Cardinal Joseph Ratzinger to deny the validity of baptisms by the Latter-day Saints. A good place to begin would be Rome, and a good time would be when the Mormons open their new Temple there!

So there you have it: the advice, the findings, and the incredible insights of a man who began with hostile views of the Church, but gradually learned to respect and love its theology and members by opening his mind and actually reading and researching the Book of Mormon.

We're grateful for Dr. Webb's kind heart, research, and efforts to spread positive messages about Mormonism throughout the world.