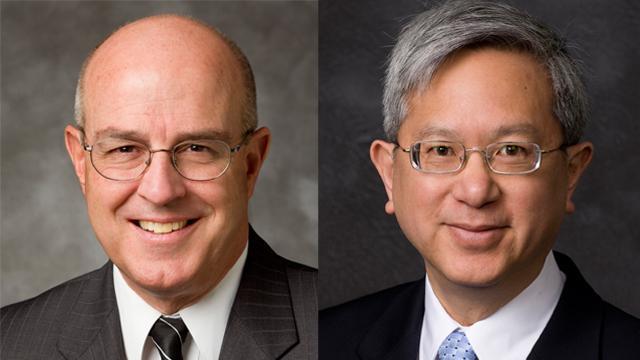 Church Announces Changes in the Presidency of the Seventy

Following a rather eventful conference weekend with three new apostles being called to the Quorum of the Twelve Apostles, leadership changes continue to occur within the Church.

On Tuesday, October 6, the Church announced that changes would be made to the Presidency of the Seventy. Elder L. Whitney Clayton will serve as the senior president of the Quorums of the Seventy, succeeding Elder Ronald A. Rasband who was called as an apostle to the Quorum of the Twelve.

The Church has seven presidents of the Seventy, and to fill the vacancy left by Elder Rasband and Elder Clayton's new callings, Elder Gerrit W. Gong was called to serve as a member of the Presidency of the Seventy.

Until the time of this call, Elder Gong served as president of the Church’s Asia Area. In terms of geography, population, languages spoken and religious diversity, the Asia Area is the largest in the Church.

Elder Gong will continue to serve in Asia for a short time as his responsibilities are transferred.

Lead image and above bios from Mormon Newsroom.

From The Church Mormon Life Presidency Of The Seventy L. Whitney Clayton Gerrit W. Gong Quorum Of The Twelve Church LeadershipPresidency Of The Seventy,L. Whitney Clayton,Gerrit W. Gong,Quorum Of The Twelve,Church Leadership,From The Church Mormon Life
Comments and feedback can be sent to feedback@ldsliving.com