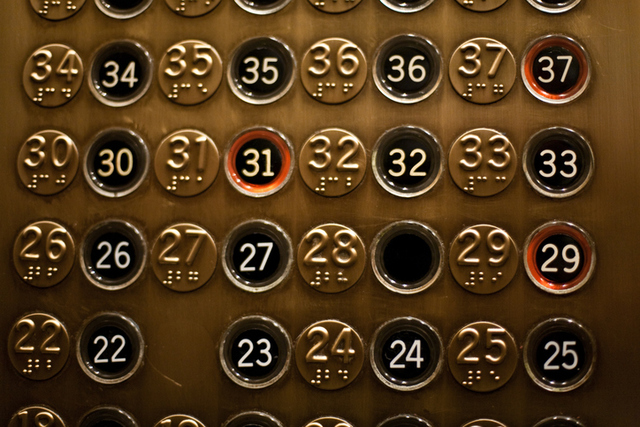 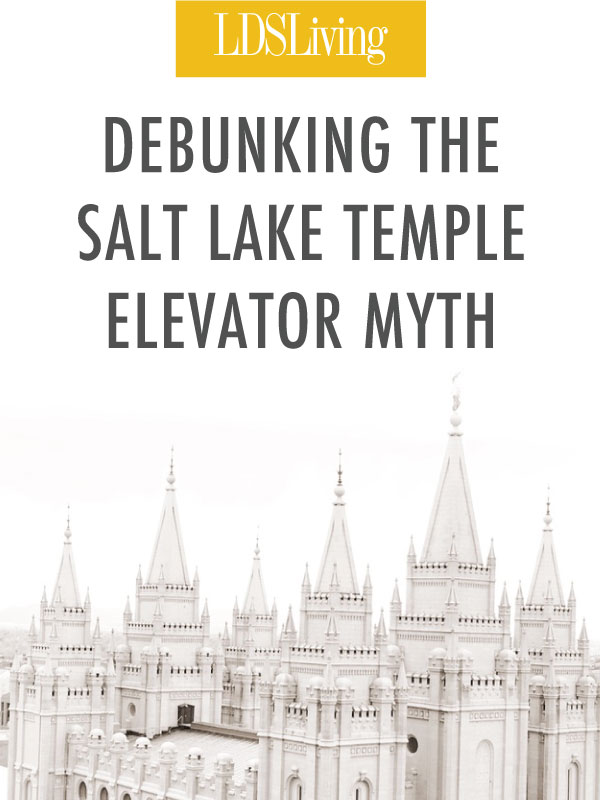 Latter-day Saint legends. We’ve all heard at least one of them in our life time—an incredible story that sounds almost too inspiring to be true because, well, it isn’t. One that I’ve heard multiple times over the years has to do with the iconic Salt Lake Temple. It goes something like this:

“When Brigham Young was designing the Salt Lake Temple, he felt inspired to leave empty shafts in several places in the temple. Nobody knew why they were put there originally, but years later temple engineers discovered that the shafts were exactly the size needed to install elevators in the temple.”

I’ve heard this story repeated by well-meaning Sunday School teachers, good friends, and a variety of others as a way to “prove” the sacredness of the temple and Brigham Young’s calling as a prophet. Whether or not this story is true, however, we can gain a testimony of both of these things. So before we jump on the bandwagon and start sharing this miraculous myth with all our Facebook friends, let’s take a look at a few facts:

1. Early forms of elevators have existed since the mid-1700s.

The first clue we have that this inspirational story is a myth is that it functions on the belief that elevators had not been invented at the time the temple was being designed, which isn’t true. While the familiar, modern version of the elevator was not yet developed, early elevator-type machines had been used as early as the 1700s—a type of “flying chair” installed at the palace of Versailles by King Louis XV.

The concept of an elevator grew and developed over the years, until 1853 when a major breakthrough was made. Latter-day Saint historian Jeffery Cannon explains, “The 1887 plans [for the Salt Lake Temple] are the first plans we see where there is even a shaft that could be considered an elevator shaft, and it’s very clearly labeled ‘elevator.’ The elevator company that installed it was the Otis Brothers and Company organization and they were founded in 1853, the same year that the temple began construction when Elijah Otis sold his first elevator.”

So, while the modern elevator was still a relatively new concept, it wasn’t unheard of at the time of the Salt Lake Temple construction, unlike the myth suggests.

2. Truman O. Angell visited and studied designs in Europe while working on plans for the Salt Lake Temple.

If elevators in some form did, in fact, exist while the Salt Lake Temple was being constructed, it makes sense that the temple architects would have known about them. An article on byu.edureminds us about how well-informed temple architect Truman O. Angell was: “Angell Sr., however, certainly would have learned about elevators, which were just coming into use at the time of his 1856 visit to Europe. By the early 1860s, electricity was already being used in Utah for the Deseret Telegraph system. Hence, most of the temple’s interior was designed and built long after these technologies emerged.” Elevators were still a relatively new idea, but they were not unheard of.

“The truth sheds some interesting light on the early Church,” Cannon explains. “Maybe this isn’t a great story of Brigham Young’s inspiration, but I think it’s a story of inspiration. It’s much more this idea of studying it out in your minds.”

3. The Salt Lake Temple took over 40 years to build.

Though the Salt Lake Temple was started first, it was the last of the pioneer temples to be finished. This meant that as time wore on and more knowledge was gained about temples and temple worship as well as modern technologies, adjustments could be made to the interior design. After Truman Angell Sr. passed away in 1887, Joseph Don Carlos Young became the Church architect. It was his plans that appear to be the accepted set of plans used to finish the temple. “It is evident, therefore, that most of the work on the temple’s interior must have been accomplished during only these last few years of construction,” the byu.edu article states.

Despite the fact that this beloved myth is indeed a myth, there is perhaps one element of truth remaining in it. Richard O. Cowan reveals: “Although the west center tower proved to be a convenient location for the two main elevators, there is no evidence to suggest that their shafts were planned when there was no knowledge of this technology.”

The next time you hear this story repeated in the circles of your ward, give a wise nod and share the real story with them!