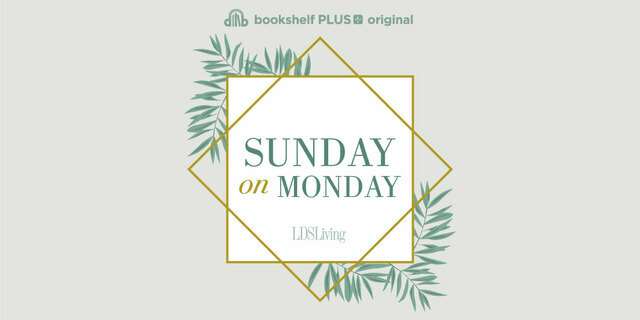 Does God Have Favorites? What We Learn From 1 Nephi 16–22

Editor’s Note: Tammy Uzelac Hall is the host of LDS Living’s newest podcast, “Sunday on Monday,” a weekly podcast focused on Come, Follow Me that dives into the hidden treasures of the gospel. Here are five questions readers might have in their studies of the Book of Mormon this week, accompanied by Hall's insights that add new meaning to the beloved verses.

Question: What do we know about the Liahona? (1 Nephi 16)

Question: What happened to the Liahona? And how can I get one? 😉

Answer: No one is sure what happened to the Liahona. There is no official documentation about what happened to it. However, something to consider is many prophets and apostles have told us that we have many “Liahonas” today, which will “point the way wither we should go” (1 Nephi 16:10). Here are the modern-day Liahonas we have been encouraged to use:

Answer: In short, the answer is, yes. Now, favor is not the same thing as love. According to Lectures on Faith, “God is love.” He love all of His children. He is not capable of hate. Galatians teaches us that hatred is a physical (natural man) attribute (Galatians 5:20).

Favor, however, is not the same thing as love. There are many scripture references that tell us God has favorites, or that He favors those who keep the commandments.

There is beauty found in the word “favor.” In both Greek and Hebrew, it is defined as grace with the idea being “disposed to, inclined or leaning towards to share benefit.” The Lord’s favor leans toward those who keep His commandments, to those who repent, and to those who are seeking Him.

He is always leaning toward us with the full intention of letting us benefit from His sacrifice and because of this, we are His favorites. When you trust in the Lord with all your heart and lean not unto your own understanding (Proverbs 3:5), you can see that you are His favorite. Does God have favorites? Yes, you. You’re God’s favorite.

Question: 1 Nephi 20 is our first introduction to a chapter from Isaiah. What should we know about Isaiah before we study his words?

Isaiah’s words are for everyone. The Savior said the words of Isaiah were for all the house of Israel as well as the Gentiles (see 3 Nephi 23:2).

You can gain greater faith in Jesus Christ. The prophet Nephi wrote that the words of Isaiah will “more fully persuade [you] to believe in the Lord [your] Redeemer” (1 Nephi 19:23).

You can gain greater hope. Nephi told his brothers to read Isaiah’s words “that [they] may have hope” (1 Nephi 19:24). In a world full of bad news and pessimism, this is a great promise.