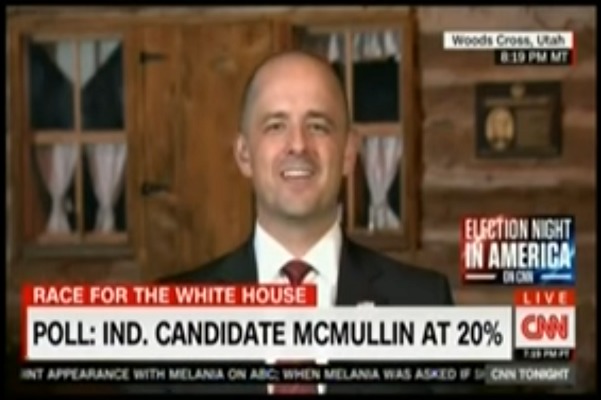 Twitter has been blowing up with a hashtag based on Fox Business host Lou Dobbs' attack on presidential candidate Evan McMullin and his religion.

Look Deeper, He's nothing but a Globalist, Romney and Mormon Mafia Tool #MAGA#AmericaFirst#TrumpPence16#TrumpTrain#Dobbshttps://t.co/WfjYzck2jt

When asked about this tweet, Evan McMullin told Don Lemon from CNN:

"Look, it's a sort of silly thing. We've been having a lot of fun with it, a lot of people across the country have been having fun it, but look, in a way it's not surprising."

But then McMullin, much like his Twitter response to this insult, reminded the audience that, "Look, the reality is this country's for everyone. This country is for people of all religions or no religion at all."

The strength of @TeamMcMullin is that we're the #MormonMafia...& the Jewish, Catholic, Evangelical, Hindu, Muslim, or no Mafia Mafias! 🇺🇸

For the best of #MormonMafia, check out "Fox Host Rants About "Mormon Mafia," Mormons Own It Like Nobody's Business."