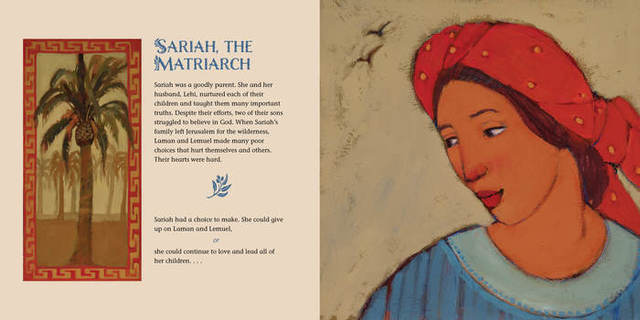 FHE: "Girls Who Choose God": The Sisters of Nephi

Purpose: To inspire children to respect and understand the role of women and girls in ancient days, and compare it to women today.

Lesson: “Strong women in the Book of Mormon show us many ways to boldly choose God. Learning from their examples, we can gain strength for our own lives. We can love those who are different than us, speak out against wrongs, defend those in trouble, break from false traditions, and choose God in all things. Be Strong.”

Relate the following story to your children from the Girls Who Choose God, by McArthur Krishna, Bethany Brady Spalding, and Kathleen Peterson:

“The sisters of Nephi, Laman, and Lemuel loved their family. But the fighting between their brothers was fierce. After arriving in the promised land, their mother and father died and no one could keep the peace. Their younger brother, Nephi, had been called by God as the prophet. Laman and Lemuel were angry because they followed the tradition that the oldest brother should be in charge. To protect Nephi, God warned him to flee into the wilderness with everyone who wanted to go. The sisters loved all their brothers, and it must have pained them to see their family torn apart.

The sisters had a choice to make. They could follow tradition and stay with their older brothers…

The sisters ‘believed in the warnings and the revelations of God’ and chose to unite with the prophet—their brother Nephi. Taking their tents and all they could carry, they journeyed in the wilderness for many days. The people created a new community where they strived to follow the teachings of God. They tended the land as they raised animals, planted seeds, and reaped rich harvests. Crafting gold, silver, and copper, they built an exceedingly fine temple to worship God. The sisters and their families grew and God blessed them abundantly.”

Discussion: Ask the following questions and discuss them with your children.

• When have you chosen to break from false tradition to follow God?

• What are some of the false traditions of our day?

• Why is it difficult to ignore culture and traditions?

• How can you build new traditions that bring you and your family closer to God?

Additional discussion questions and topics can be found after the conclusion of Girls Who Choose God.

Explain that Heavenly Father gives women a special role in this life. Our prophet, Thomas S. Monson once shared this story about the Relief Society (and how it affected his own mother):

“From the early days of the Restoration, the prophets of God have stressed the importance of your organization. President Brigham Young counseled: “Now, Bishops, you have smart women for wives. … Let them organize Female Relief Societies in the various wards. We have many talented women among us, and we wish their help in this matter. Some may think this is a trifling thing, but it is not; and you will find that the sisters will be the mainspring of the movement.”

President Lorenzo Snow taught that the Relief Society exemplifies pure religion. “The Apostle James said that ‘pure religion and undefiled before God … is this, to visit the fatherless and widows in their affliction, and to keep himself unspotted from the world.’… The members of the Relief Society have most surely exemplified in their lives pure and undefiled religion; for they have ministered to those in affliction, they have thrown their arms of love around the fatherless and the widows, and they have kept themselves unspotted from the world. I can testify that there are no purer and more God-fearing women in the world than are to be found within the ranks of the Relief Society.”

I can attest to the truth of President Snow’s statement. Relief Society has always been comprised of those who put others first and self last. I remember that when I was a small boy during the Depression, my mother was the secretary-treasurer of the ward Relief Society. Back then dues were paid to assist those in need. Mother was not really a bookkeeper, so Dad would help her. The individual contributions were never so much as a dollar, but rather would be a quarter, a dime, a nickel, a few pennies.

Since we lived just a block or two from the railroad tracks, frequently men, unemployed, without funds for food, would leave the train and come to our house for something to eat. Such men were always polite. They offered to do some work for the food. Indelibly imprinted on my mind is the picture of a gaunt and hungry man standing at our kitchen door, hat in hand, pleading for food. Mother would welcome such a visitor and would direct him to the kitchen sink to wash up while she prepared food for him to eat. She never skimped on quality or quantity; the visitor ate exactly the same lunch as did my father. As he wolfed down the food, Mother took the opportunity to counsel him to return to his home and his family. When he left the table, he had been nourished physically and spiritually. These men never failed to say thank you. Tears in their eyes revealed ever so silently the gratitude of their hearts.” 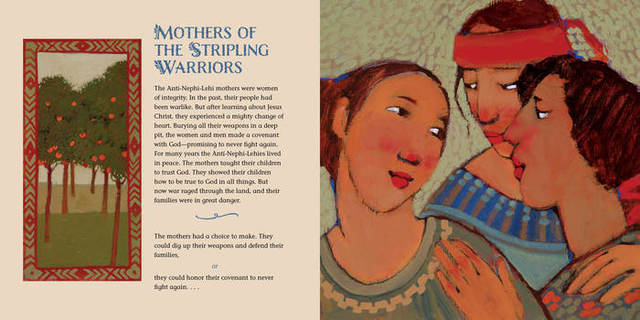 Now that you have discussed courageous women in the scriptures, ask your children to each share a story about a woman in their life who has had a significant impact on them, and why. You can share a story first to start things off. 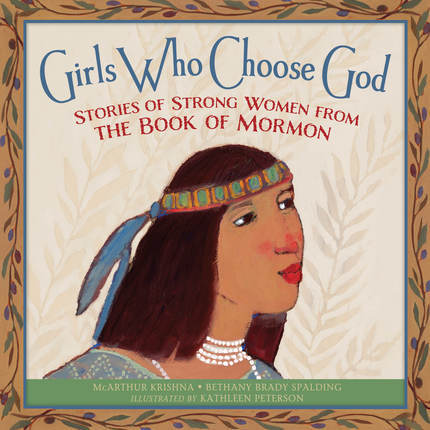