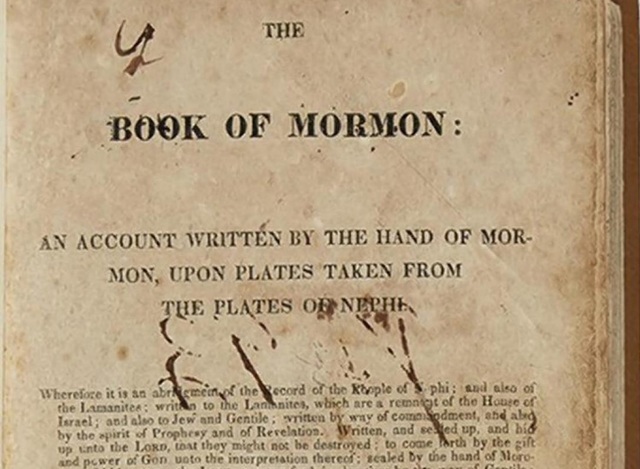 First Edition Book of Mormon Sells for Over $50k

Just days before the Church was organized on April 6, 1830, the first edition of Book of Mormon was published. One of those books now has new home in Draper, Utah, after being sold at a New York auction for $52,500.

“You should always invest in something you believe in,” said the buyer who went by Matthew K, according to New York Daily News.

“So why not invest in something you love?”

This book was published in Palmyra, New York, shortly after Joseph Smith translated the gold plates.

Though this historical treasure may rank high in selling value, the true worth of the book stems from what's inside its pages and all the sacrifice, revelation, and significance it represents.