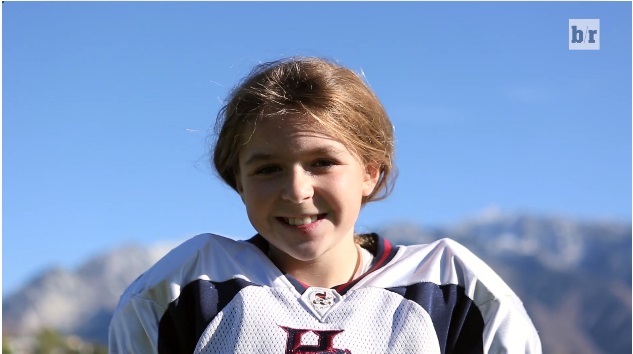 Sam Gordon was 8 years old when the video of her breaking tackles and running past boys in her tackle football league made her a football sensation. Five years later, the 13-year-old Latter-day Saint is yet again making waves in the football world.

"She's a perfect representation for the girls' football movement and she's a great person to help us get this started," USA Football Director of Football Development, Samantha Rapoport, says in the video.

The movement to start a national tackle football league was sparked by the Utah Girls Tackle Football League—the first of its kind in the nation.

The Utah league began in 2015 and the following year had more than 100 sign ups.

And the movement has not stopped there. Fifteen other states have shown interest in starting girls tackle football leagues, according to the video.

For now, Gordon, the first female tackle football player to be featured on a Wheaties box, continues to plays on both girls and boys tackle football leagues. But in the video, she says she hopes to grow girls' tackle football until it becomes a high school, collegiate, and professional league.