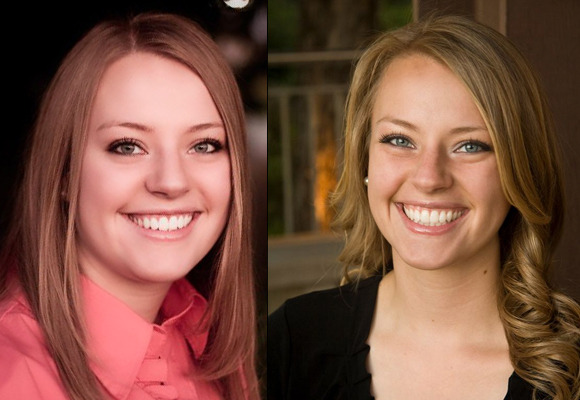 This story originally ran on LDS Living in August 2014.

Allow me to introduce myself. My name is Jenny. And I’m a choco-holic. I come from a very long line of Latter-day Saint choco-holics. What can I say? It’s in my blood. Ever since I was about 12 years old, I was overweight. Fatty food was always a vice for me. And I never really enjoyed exercise. Put those two facts together, and you’ve got a recipe for bad health.

I embarked on my mission as a fairly heavy-set sister missionary. And my three weeks in the MTC only made matters worse (thanks, MTC cafeteria!). But when I arrived on the tiny island of La Réunion, 400 miles off the coast of Madagascar, I quickly found that it would be all too easy to stay overweight. This beautiful French island is inundated with amazing French cuisine and chocolate, Indian food, and all sorts of other fatty goodness.

I’d been there for about 6 months when I was studying the Word of Wisdom to teach to an investigator. And it dawned on me: I didn’t live the Word of Wisdom very well. It was like a lightning bolt had hit me. I didn’t eat the healthiest food, I detested the half-hour between 6:30 and 7 a.m. when I was supposed to be exercising, and simply put—I felt weak.

I honestly felt like I didn’t have the Lord’s blessing to “run and not be weary, and walk and not faint” (which I actually did once—passed right out).

But luckily I had a companion who was completely different from me. She had to go running every morning or evening just to stay sane, so running we went. We decided to live the Word of Wisdom better. Our tropical island might have been full of rice and chocolate, but it was also overrun with tropical fruits and vegetables. And I fell in love with all of them! I even learned to like tomatoes—a miracle my parents never thought would happen. So we upped our intake of vegetables, protein, and fruit. We laid off the chocolate and baguettes.  And we went running every day in the church parking lot next door.

And since all of these healthy habits that the Word of Wisdom encourages were totally foreign to my body, the pounds just fell off. I was finally learning how to treat my body like the instrument and the temple that it is. I found that I had more energy from eating “every fruit in the season thereof” with “prudence and thanksgiving.”  Finally, I could hike up those dang hills without feeling like I was going to die at the top!

Now I’m not saying that just by living the Word of Wisdom, you’ll lose a ton of weight. Everyone is unique. All I know is that I seriously needed that lightning bolt to help me realize that my body could be more of a blessing than a burden. And that I could feel good about how I felt inside my own skin.

But I know that none of it would have been possible had I not studied and prayed about the Word of Wisdom—a lot. Most of the time we think of it as a list of don’t’s, but it’s also a great list of do’s!

I finally understood the vital connection of a strong body to a strong mind. Many people forget that one of the greatest blessings of living the Word of Wisdom isn’t just good health. It’s the ability to receive “wisdom and great treasures of knowledge, even hidden treasures”—spiritual gems of revelation, if you will.

By the end of my mission, I had found “hidden treasures” of spiritual goodness and revelation, partly, I know, on account of my dedication to living the Word of Wisdom more fully. Now I’m not saying that living the Word of Wisdom will instantly transform you into a body builder, but it will revitalize your body and your spirit. I can tell you that. And the 40 pounds that I don’t have to carry around anymore can tell you that too.