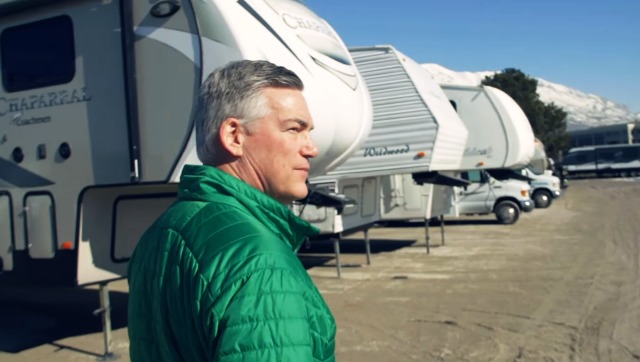 If you would like to help displaced members and residents of Paradise affected by the Camp Fire, donations of travel trailers (not motorhomes) are being collected at Stewart's RV in American Fork, Utah.

To donate money, the local Church stake is an active participant with the non-profit North State Relief:  https://www.northstaterelief.com/contribute.html.

Four months after the deadliest and most destructive fire in California history, members of The Church of Jesus Christ of Latter-day Saints continue to find ways to serve the displaced residents.

When the Camp Fire raced through Paradise the morning of November 8, 2018, it left 88 people dead and destroyed 18,804 structures in its wake. It burned more than 153,000 acres—an area roughly the size of Chicago, with most of the damage occurring in the first four hours.

► You'll also like: How the Spirit Led One Latter-day Saint to Save a Woman from the Camp Fire [VIDEO]

Tens of thousands of people were displaced from their homes—nestled in the Sierra Nevada foothills, 15 miles east of Chico—including 1,400 Latter-day Saints. In the Paradise 1st Ward alone, a staggering 95 percent of ward members lost their homes in the fire.

When one Latter-day Saint saw the destruction of his hometown of Paradise, he felt prompted to do something.

In a new video for LDS Living, Barry Rellaford talks about how he felt inspired to help, a feeling he can only describe as a prompting from heaven. 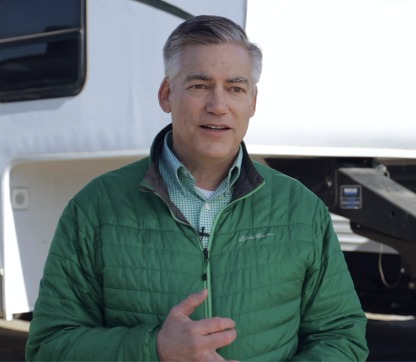 Rellaford knew countless families who lost everything in the fire. He had the idea to find RVs and trailers and other donations and turn them into temporary housing. Rellaford knew he had to do whatever it took to give residents in Paradise a place to live.

Unsure of what to look for specifically, Rellaford teamed up with his neighbor, Mark Black, who owns an RV dealership in American Fork, Utah. Black donated a motorhome recently traded in to Stewart’s RV while the dealership’s service employees volunteered to come in after hours to fix it up and service it for free.

“There is nothing special about it,” Black told KSL. “But it’s got everything the family needs for a few years: bunk beds, a couple of fold-down beds.”

Black said his team would gladly accept old trailers and fix them up to donate them to other families in need.

► You'll also like: "Beauty for Ashes" Shares the Inspiring Story of the Saints in Paradise, CA [VIDEO]

Since Rellaford and Black first began, they have had 20 motorhomes and trailers donated, each filled with supplies to help Paradise residents rebuild their lives. 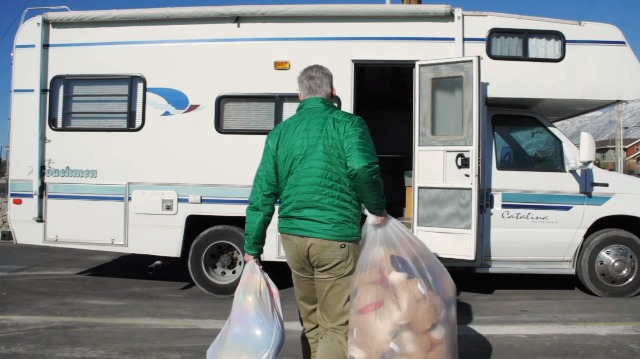 “This all started out as a thought and I believe the Spirit whispers to us," Rellaford said. "It’s just a really simple thing to act on the impression and it has just continued from there.”

Rellaford said that it’s so important to act on these impressions and feelings as they come to us and not just push them aside because, as a child of God, we each have things that we can offer each other.

In the case of Rellaford and Black, it is to lead a modern-day rescue of sorts.

Rellaford notes the parallel between their efforts and the rescue of the Martin and Willie Handcart Companies. Brigham Young sent men young and old, known as “The Valley Boys,” to rescue the Saints trapped in the snowy plains of Wyoming. The young men even carried the pioneers, one by one, through the freezing Sweetwater River.

In fact, Rellaford said, his partner in this modern-day rescue, Mark Black, is a direct descendant of David Kimball, one of the original "Valley Boys."

“In this effort to gather these trailers and donations we’ve been like those Valley Boys, heading out with provisions to assist Saints in need,” he said.

John R. Meyer, president of the Chico California Stake, thanked Rellaford in a Facebook comment for his ministering efforts, calling it "an absolutely inspired act of service.”

“We are so grateful to all those who have, and are, contributing RVs to help us house people very presently in need,” said Meyer.

► You'll also like: The Story of a Missionary and His Faith Facing the Paradise Fire

The Chico Stake functioned as both a temporal and spiritual anchor for the fire-affected members. For many Paradise residents, it was their initial destination after escaping the fire.

In the first five days after the disaster, volunteers working in the Chico Stake Center served 750 people a day with food and clothing.

President Russell M. Nelson visited Paradise in January with his wife, Sister Wendy Nelson. They held a special conference for members of the Chico California Stake, which includes the two wards in Paradise.

“We can hardly comprehend the tragic losses that you have sustained — loss of life, loss of homes, loss of jobs, work places, and much, much, more,” said President Nelson. “The accounts of your suffering are exceeded only by the accounts of your ministering.” 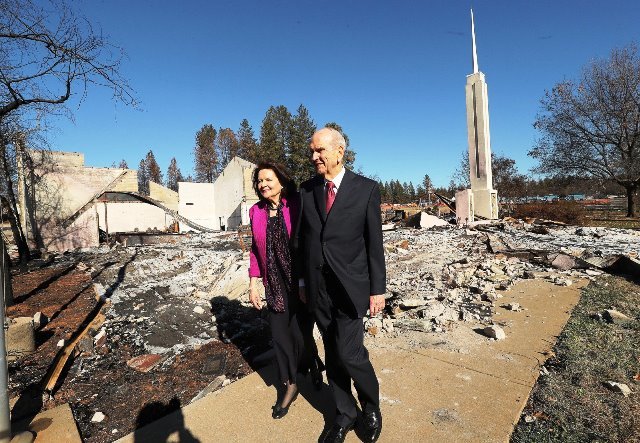 President Nelson ministered to the Paradise Saints, touring the destroyed homes and visiting affected members just two days after the death of his daughter Wendy Nelson Maxfield to cancer.

Latter-day Saints in Paradise and its surrounding communities did just that.

Following the disaster, more than 12,000 members of the Paradise community received service from members of the Chico California Stake. In many cases, the service was given by those who had also lost everything themselves.

“Our natural inclination is to love and to care, and to worry, and want to bless other people’s lives,” Meyer told the Church News. “I think that is our default character. I think that is what powered all the goodness that occurred.”

In a video by the Church News, President Nelson noted that it is interesting that the people who have lost the most also gave the most.

“They are still giving," said President Nelson. "People are really living as Christ would live. It’s one of the most amazing stories of ministering in a higher and holier way that I’ve ever seen.”

Hundreds of miles away, Rellaford has taken the call to minister to heart.

“I think [the Savior] is grateful, proud to have us be His hands,” he said. “Not only are we doing His work, but we experience the joy that comes from the privilege of being about His work. I think He loves that we want to be like Him.”

Rellaford says that, according to the Chico Stake, the greatest need currently is housing and financial contributions.

“Right now we’re helping by providing travel trailers (not motorhomes) because places to live are either distant or very hard to find," he said. "There are still many members living with other members for now—it’s been nearly four months.”

Donations are being accepted at Stewart's RV in American Fork, UT. You can also contact Barry Rellaford directly at barryrellaford@mac.com.

There is also an option to donate funds through North State Relief, a local non-profit with whom the local stake is actively participating: https://www.northstaterelief.com/contribute.html

Check out the LDS Living Video "RV Rescue: How Motorhomes Are Blessing Lives After the Paradise Fire" below: