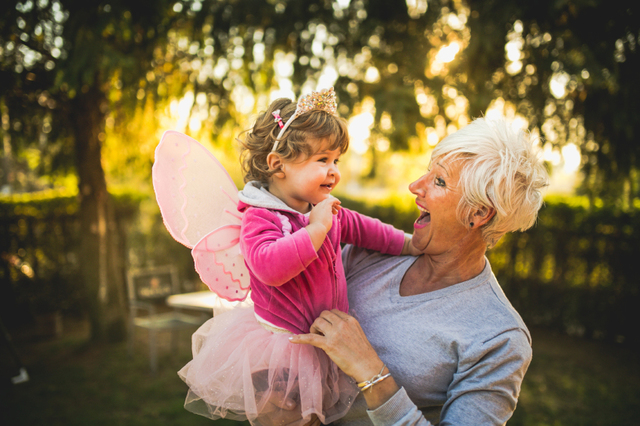 How the Gospel Is Like a Real-Life Fairy Tale

You already know the fairy tale. Though you’ve probably heard several different versions over the years, the core elements remain the same: "Once upon a time, there lived a beautiful princess."

Isn’t that always how it starts?

After meeting the heroine, the next character to make an entrance is the evil villain. As expected, he and his sneaky little sidekicks have hatched a plan to capture the princess, often with the help of some sort of gruesome, fire-breathing monster. The intensity builds and things begin to unravel until it seems like the princess is doomed and all is lost.

But then (and I’d love it if you hum some heroic music to set the tone), the handsome prince arrives just in time to save the day. With one hand he sweeps the princess into his arms and with the other he destroys the villain and his cronies in one fell swoop. He then carries the maiden off to his kingdom where they live—you knew it was coming—happily ever after.

It’s a storyline we first heard in childhood and one that has followed us until the moment we end up telling it again to our own bright-eyed children before tucking them in at night.

The question is—why are we so drawn to this particular fairy tale?

I’d like to suggest that we love this story not just because it’s packed with drama, adventure, and even a little romance, but because the storyline is actually real. No, I’m not saying the actual characters are real—I’m saying the pattern found in princess stories (meaning the princess and the prince, the villain, the monster, the heroic rescue, and the happily ever after) is real . . . and it’s happening to you.

I believe deep down you’ve sensed that, even if you didn’t recognize it at the time.

If that seems like a bit of a stretch, come with me back to the beginning of our real-life fairy tale. To find out who gets the role of the princess, check out President Dieter F. Uchtdorf’s words to the young women of the Church:

“You are truly royal spirit daughters of Almighty God. You are princesses, destined to become queens. Your own wondrous story has already begun. Your ‘once upon a time’ is now” (Ensign, May 2010).

Now, I know the idea of being a child of God isn’t new to us, but I think we sometimes forget that our Father in Heaven isn’t just a God—He’s a celestial King who “reigns upon his throne” (D&C 76:92). So that means, as His children, we really are the offspring of royalty. It’s not a make-believe fairy tale but a very real part of our own individual story.

However, we can’t get too content, because the scriptures actually throw a huge twist into the story.

But if we really are children of royalty like President Uchtdorf said, why would the scriptures say we need to “become” sons and daughters of God? Why the need to be transformed into something we already are?

The truth is, even though it’s good to understand our divine, premortal heritage, that’s only the beginning of our story. It’s just the first scene. To fully comprehend who we are and who we must become, we’ve got to move past that introductory scene and explore the rest of the tale. And just like the Disney movies we’ve watched since childhood, our story also includes an evil villain.

The Evil Villain in Our Tale

I bet you already know who plays the evil villain in our story. Here’s how Elder Jeffrey R. Holland describes this particular character:

“Satan, or Lucifer, or the father of lies—call him what you will—is real, the very personification of evil. His motives are in every case malicious, and he convulses at the appearance of redeeming light. . . . He knows he will be defeated and cast out in the end, but he is determined to take down with him as many others as he possibly can” (Ensign, November 2011).

To make matters worse, just like the movie villains, Lucifer also has a number of sidekicks who help him accomplish his cruel and devious purposes. The scriptures tell us that a “third part of the hosts of heaven turned he away . . . [a]nd they were thrust down, and thus came the devil and his angels” (D&C 29:36-37). Call them accomplices, henchmen, or even his posse, whatever their name, their goal is to do all they can to support and sustain their evil master.

Yes, the odds definitely seem to be stacked against us. But wait—there’s even more danger lurking in our real-life fairy tale. Believe it or not, a monster also plays a pivotal part in our story. If that sounds a little too far-fetched, take a peek at what the scriptures say:

“O how great the goodness of our God, who prepareth a way for our escape from the grasp of this awful monster; yea, that monster, death and hell, which I call the death of the body, and also the death of the spirit” (2 Nephi 9:10).

So how do we end up in “the grasp of this awful monster”? Well, just like Snow White took a bite of the poisoned apple, mankind partaken of our own "forbidden fruit," and this choice to sin caused us to die both temporally and spiritually (Helaman 14:16). As a result, we became “carnal, sensual, and devilish, by nature” (Alma 42:9-10), which simply means that our “natural man” often urges us to act less like Beauty and more like the Beast (Mosiah 3:19).

Worst of all, our fallen condition leaves us destined to become "angels to a devil, to be shut out from the presence of our God" (2 Nephi 9:9). Just like the princess in the fairy tale, we’re trapped. We need help to “become” a son or daughter of God once again. What we need, then, is a Rescuer—a hero with power of epic proportions. And thankfully, that’s exactly what we’ve got.

The Hero of Our Story

The Prince in our real-life fairy tale is a man of no small reputation. His bravery is so spectacular, endless books have been written about Him over the centuries. His love is so consuming, thousands of songs have been penned to praise His name. His power is so miraculous, he’s been called Savior, Deliverer, the Mighty One of Israel, and the Lion of the tribe of Judah (1 Nephi 22:12, D&C 138:23, Revelation 5:5).

That name, as I’m sure you’ve guessed, is Jesus Christ.

Next to His power, majesty, and glory, the heroes parading on the movie screen seem like nothing but small potatoes.

Jesus actually took His place in our story a long time ago in premortal life. When he assumed the role of the Prince of Peace, He inherited an incredibly difficult responsibility. To rescue us, He would have to leave His Father’s castle and venture straight into enemy territory. Notice that our Prince didn’t send His servants to try and save us—He came for us Himself.

His goal? To “redeem” us from the grasp of the awful monster. As Abinadi put it, “all mankind were lost; and . . . they would have been endlessly lost were it not that God redeemed his people from their lost and fallen state” (Mosiah 16:4).

What price did our hero pay to gain our freedom? The apostle Peter makes it excruciatingly clear: “[we] were not redeemed with . . . silver and gold . . . but with the precious blood of Christ” (2 Peter 1:18). In other words, Jesus “gave himself [as] a ransom for all” (1 Timothy 2:6). Tell me, could there be any greater love than that—for the Prince to give His life as a ransom so we could be released from captivity? It truly is the greatest love story that’s ever been told.

So there you have it: a glimpse into the stirring saga we continue to live every day of our lives. The good news is, if we’ll just open our eyes to see it, we can embrace the adventure with all the passion and enthusiasm we can possibly muster. Then, and only then, will we ultimately find our own happily-ever-after. 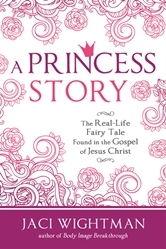 For more on this topic, check out Jaci Wightman's new book, A Princess Tale: The Real-Life Fairy Tale of the Gospel of Jesus Christ.