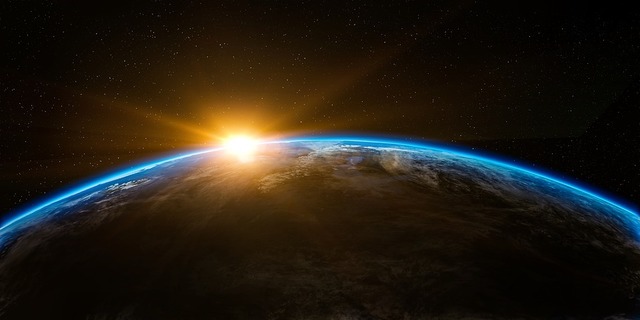 How will the kingdom of God be established? . . . We have portrayed the world broken, corrupted, fallen, degraded and ruined; and shown that nothing but a world's God can put it right. . . .

In making a brief summary of . . . the means to be employed for the establishment of the Kingdom of God, we find the following:

1st.—That it will be not only a spiritual kingdom but a temporal and literal one also.

2nd.—That if it is the Kingdom of Heaven, it must be revealed from the heavens.

3rd.—That a standard is to be lifted up, by the Lord, to the nations.

4th.—That an Angel is to come with the everlasting Gospel, which is to be proclaimed to every nation, kindred, people, and tongue; that it is to be the same as the ancient one, and that the same powers and blessings will attend it.

5th.—That not only will the Ancient Gospel be preached, but there will accompany it a declaration of judgment to the nations.

7th.—That when this has taken place, the Spirit of God will be withdrawn from the nations, and they will war with and destroy each other.

8th.—That judgments will also overtake them, from the Lord, plague, pestilence, famine, etc.

9th.—That the nations, having lost the Spirit of God, will assemble to fight against the Lord's people, being full of the spirit of unrighteousness, and opposed to the rule and government of God.

10th.—That when they do, the Lord will come and fight against them himself; overthrow their armies, assert his own right, rule the nations with a rod of iron, root the wicked out of the earth, and take possession of his own kingdom. I might here further state, that when the Lord does come to exercise judgment upon the ungodly, to make an end of sin, and bring in everlasting righteousness, he will establish his own laws, demand universal obedience, and cause wickedness and misrule to cease. He will issue his commands, and they must be obeyed; and if the nations of the earth observe not his laws, "they will have no rain." And they will be taught by more forcible means than moral suasion, that they are dependant upon God; for the Lord will demand obedience, and the Scriptures say, time and again, that the wicked shall be rooted out of the land, and the righteous and the meek shall inherit the earth. The Lord, after trying man's rule for thousands of years, now takes the reins of government into his own hands, and makes use of the only possible means of asserting his rights. For if the wicked never were cut off, the righteous never could rule; and if the Devil was still suffered to bear rule, God could not, at the same time; consequently after long delay, he whose right it is, takes possession of the kingdom; and the kingdom, and the greatness of the kingdom under the whole heavens, shall be given to the Saints of the Most High God; and the world will assume that position for which it was made. A King shall rule in righteousness, and Princes shall decree judgment. The knowledge of the Lord will spread, and extend under the auspices of this government. Guided by his counsels, and under his direction, all those purposes designed of Him, from the commencement, in relation to both living and dead, will be in a fair way for their accomplishment. 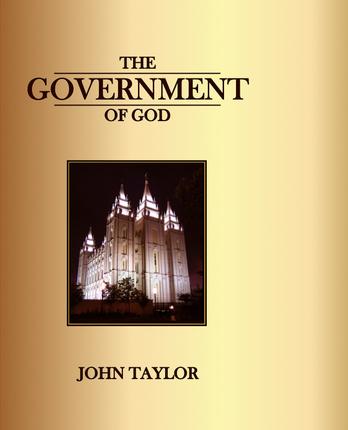 President John Taylor was both articulate and insightful in his writing. While close to Joseph Smith during the Prophet's lifetime as well as at his death, many of President Taylor's teachings were gleaned directly from him. In this classic work, the governments of the world are examined and compared to both Biblical and latter-day prophecies of an ideal Christ-centered government. His thesis was that once understanding the Lord's millennial government, we could better measure the governments and laws currently governing us. Accountability for governmental stewardships is emphasized, as is the role of the Church in laying the foundations for the eventual reign of Jesus Christ.