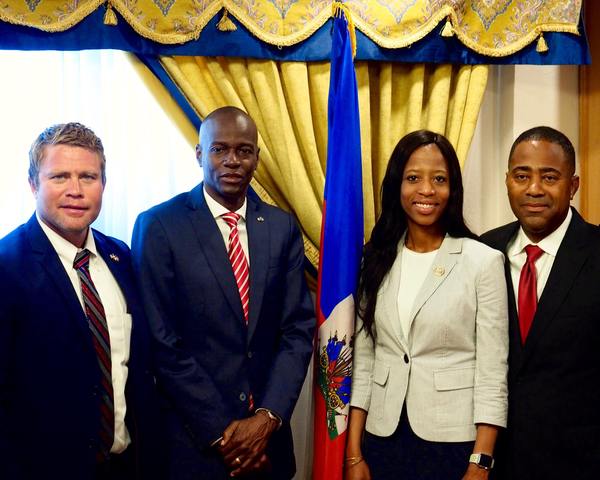 On Monday, May 29, LDS Congresswoman Mia Love (R-Utah) and Timothy Ballard, founder of Operation Underground Railroad, a nonprofit organization that rescues victims of sex slavery throughout the world, met with the newly elected President Jovenel Moïse of the Republic of Haiti to discuss solutions to the human trafficking crisis.

U.S. Representative Love, who is the first Haitian-American to serve in Congress, also serves on the Terrorism and Illicit Financing Subcommittee and is focusing her efforts on fighting human trafficking. She recently connected with Ballard, whose organization has performed multiple rescue operations in Haiti.

Throughout the meeting at the National Palace in Port-au-Prince, Love spoke to President Moïse in Haitian Creole. 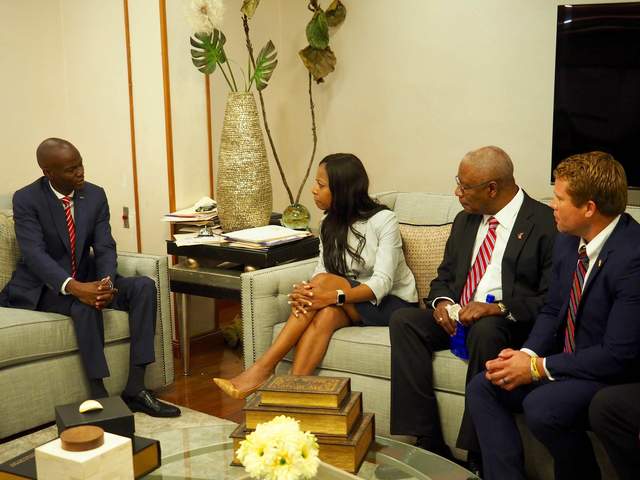 “At first, I just listened as he talked about what he was going to do for his country,” she said. “He talked about agriculture, and he talked about the conflicts he would like to have resolved. We then talked about Operation Underground Railroad, and I asked if he was aware that there are privately funded people here who help support the orphanages and safe homes in Haiti. He was aware and seemed incredibly receptive to working with us.”

Timothy Ballard was also pleased with the meeting and is optimistic about the growing relationship with the Haitian government.

“We didn’t know what to expect, but it played out exactly as we hoped it would,” he said. “The president had a lot to tell us about his plan to grow the country economically, which is perfect because that’s one of our goals as well. One of the major catalysts for trafficking is poverty and desperation.”

As a result of the meeting, President Moïse has authorized Operation Underground Railroad to be involved in coordinating and taking down trafficking operations in Haiti and to advise his existing officers in the border regions. He also pledged to ensure that traffickers who are arrested in Haiti are prosecuted appropriately.

Love and Ballard also extended an invitation to the president and his chief of staff to visit Washington D.C. and Utah.

“The president is passionate, and you can tell that he really loves his country. I think he will be an active participant in our efforts to stop sex trafficking,” Love said. “This is the very beginning of the relationship between Haiti and Operation Underground Railroad, and I was pleased that I could make that connection.”

Ballard added, “Haiti is the only country in the history of the world that gained its independence through a slave rebellion. They rose up and created an independent nation and became one of the first countries to eradicate slavery. With such an inspiring history, we are calling upon Haiti to again join the fight to help us end the sex slavery that plagues our world today."

Operation Underground Railroad has rescued more than 670 trafficking victims and assisted in the arrest of more than 280 traffickers around the world. Learn more at ourrescue.org.