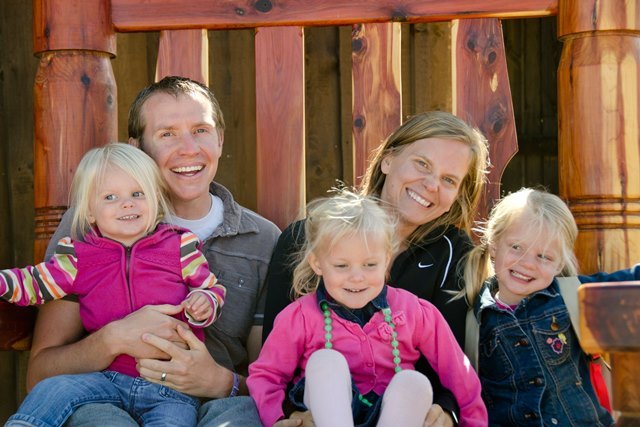 When Emilie Parker was killed in a school shooting in 2013, her parents had a hard time coming to grips with their new reality. Though Easter brought hope to Emilie's grieving mother, Alissa, an experience shared by one of Emilie's former playmates brought a changed perspective to Emilie's ongoing role after her death.

The blessings of Easter lingered, helping me to feel more and more like myself again. I was finally beginning to walk out of the haze that had enveloped me for months. I had more energy. I found I was able to play with the girls more. Robbie and I were making good progress in therapy, gaining understanding of our emotions and the importance of communication.

I also began to realize that, in my months of pain and preoccupation with seeing Emilie, God had truly carried me. In a favorite LDS scripture, God promises, “I will be on your right hand and on your left, and my Spirit shall be in your hearts, and mine angels round about you, to bear you up.” I thought with gratitude of all the “angels” who had borne me up, carrying me compassionately to this point: church members and family, my Sandy Hook friends, neighbors, strangers, counselors, Michele, Terri Turley, even my deceased father. God had indeed provided all He had promised, and now I found I was able to walk a bit more steadily on my own down the path of faith that God was showing me. I knew that if I walked faithfully, He would show me even more about Emilie’s new life.

Around this time, I received an unexpected letter from a friend in New Mexico. It was from Cici, the mother of Emilie’s friend Arianna from her Albuquerque school. Emilie adored quiet, shy little Arianna with her beautiful dark hair and her love of kittens. After we left New Mexico, Emilie spoke of Arianna often. In fact, only a few days before her death she had been drawing a picture of the two of them holding hands. I remember being surprised that she remembered how to spell Arianna’s name correctly.

With interest, I read Cici’s letter, which explained that Arianna had had an experience after Emilie’s passing that she wanted to share with me. I called her right away.

Cici began by telling me that Arianna had been devastated by the news of Emilie’s death. She was upset for days, and her parents were very concerned for her. One afternoon, Arianna’s father went to check on her as she was playing in the backyard. She was alone, but he heard her speaking. It didn’t sound like the normal prattle of imaginative play. It sounded like she was in animated conversation with someone. When her dad asked Arianna who she was talking to, she looked up and excitedly said, “It’s Emilie! She is here with me! She is okay!”

Cici and her husband were caught completely off guard, but Arianna spoke with such surety that their hearts were touched. In the following weeks, the same thing happened several more times. Once Cici came into the room where Arianna was playing and asked who she was talking with.

Amazed, Cici and her husband watched as Arianna’s spirits changed and she became her old self again. Cici confessed that she and her husband had been spiritually struggling in the last year, slowly slipping away from church. But after this astonishing experience with Emilie, their family had become much closer, and they decided to return to church and work on their faith again. She thanked me for having such a wonderful daughter and said she thought of our family every day.

I sat there frozen, the phone in my hand. Arianna was someone Emilie loved and cared for, someone Emilie would likely be watching from heaven. It made sense that she would be with her friend, comforting and helping her. Arianna was such a sweet, innocent girl, I couldn’t imagine anyone more prepared than she would have been to sense an angel’s presence.

I knew that Emilie had always cared about those around her more than herself, and I wondered what all this could mean. Was she still comforting others? Was this her purpose now? A clear impression entered my mind: This is her new life. I am answering your prayers.

Filled with gratitude for this insight—that Emilie’s mission was to act as an angel of comfort to others—I had an urgent need to understand more and more about Emilie’s new life. I began talking to friends and family, asking whether their understanding of angels was similar to mine. I recalled a sacred experience my aunt had shared with me shortly after Emilie’s death. At the time, my heart had been too battered to take in the story or understand its significance, but now it rang with truth and meaning for me.

My cousin Lora, a dear friend of mine from childhood, died from cancer at the age of twenty-seven after a two-year battle that included four surgeries, radiation therapy, and a great deal of pain. Several months after Lora’s death, my aunt had a dream in which she heard voices outside her living-room window late one night. Peeking through the blinds, she saw a group of ten or twelve young women lighted by the streetlamp. She recognized Lora in the group, and also a longtime friend who had just passed away. The women would break into smaller groups, entering different homes on the street, and then reconvene together. My aunt could hear them discussing how they had arrived just in time to help those who lived in the houses, naming different people whom my aunt knew as her neighbors.

Joy and peace filled my aunt’s heart as she realized that Lora was not just “up there” in heaven having a wonderful life, healthy and active. She was also “here” among us, helping people with needs, taking care of the people she loved and cared about. My aunt told me that the experience enlarged her vision of how our loved ones will continue to live, love, and even serve us when they move into the next life.

I also began studying and reading anything I could get my hands on. I came across a sermon given by a church leader, Jeffrey Holland, entitled “The Ministry of Angels.” It seemed to validate everything I was seeing on my own:

From the beginning . . . God has used angels as His emissaries in conveying love and concern for His children. . . . Usually such beings are not seen. Sometimes they are. But seen or unseen they are always near. Sometimes their assignments are very grand and have significance for the whole world. Sometimes the messages are more private. Occasionally the angelic purpose is to warn. But most often it is to comfort, to provide some form of merciful attention, guidance in difficult times.

I had always believed that angels were among us, but to understand their role in such a profound way left me breathless. It was beautiful to know that this was Emilie’s mission. She was always near. She was one of those unseen angels carrying private messages of God’s love for us. She was a comforter, a guide, a minister of “merciful attention” watching over our family and others. I was so proud of Emilie and the important work she was doing. I felt honored to be a part of this miracle.

One step brought her face to face with the shooter's father, where in a pivotal and poignant meeting, she was given an opportunity to forgive. Another step brought her into the sheltering compassion of her community as family, friends, and even strangers reached out to buoy her up with their shared faith. And several miraculous manifestations of Emilie's continued presence and influence lifted her heart and will validate the faith of every Christian.

The story of Alissa and Emilie reminds us that the bonds of love continue beyond this life and that despite tragedy and heartache, we can find strength in our family and our faith. An Unseen Angel is available at Deseret Book stores and on deseretbook.com.

Makes You Think Angels Hope Easter Tragedy FaithAngels,Hope,Easter,Tragedy,Faith,Makes You Think
Comments and feedback can be sent to feedback@ldsliving.com