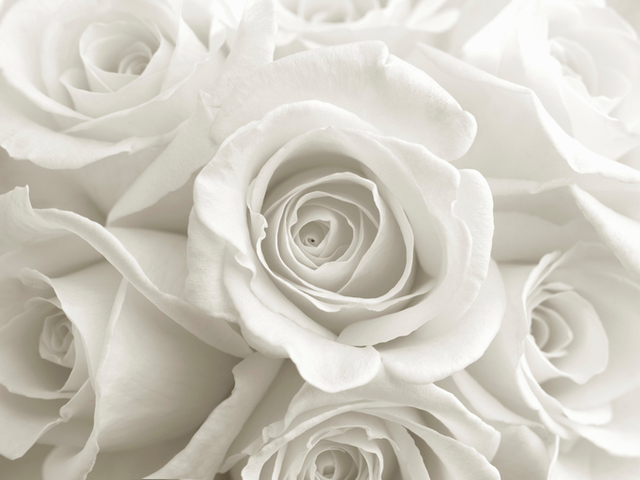 Sexuality and chastity are sensitive subjects, and the Book of Mormon gives very few hints about how Book of Mormon peoples understood them. You might recall Jacob’s sermon about how “many hearts died, pierced with deep wounds” due to whoredoms and wickedness (Jacob 2:35), or Alma’s talk with his son Corianton about forsaking a mission to pursue “the harlot Isabel” (Alma 39:3), or the terrible violence described in Moroni 9:9.

Because Moroni 9:9 talks about “chastity and virtue” as “that which was most dear and precious above all things,” it is often used to teach about chastity, understood as the choice to have sex only in the context of marriage. The verse’s use of chastity and virtue together creates the potential for confusion, however. Latter-day Saints often use the two words as synonyms: the Personal Progress manual defines virtue as “a pattern of thought and behavior based on high moral standards,” adding that it “includes chastity and purity.” The manual treats virtue as a larger category that includes chastity, and yet chastity is the only virtue it names specifically. Integrity, another virtue, has its own entry, as does Faith, which features alongside Hope, Charity, Prudence, Justice, Fortitude, and Temperance in traditional lists of virtues formulated by thoughtful Christians through the centuries.

While virtue in LDS speech tends to mean “chastity,” or, more specifically, “sexual purity,” the scriptures help us broaden our vision. In the Old Testament, virtue tends to mean “strength” or “power,” as in Proverbs 31:10: “Who can find a virtuous woman? for her price is far above rubies.” This verse is often used along with Moroni 9:9, but in Proverbs, virtuous comes from the Hebrew chayil, which indicates strength or ability rather than abstaining from unlawful sexual activity. Similarly, in the three passages from the New Testament Gospels where Jesus describes virtue going out of him (Mark 5:30; Luke 6:19; 8:46), virtue translates forms of the Greek dynamis, which denotes power or energy (as in the word dynamite) rather than anything to do with chastity or sexual purity.

Part of our confusion today arises because we tend think of sexual abstinence before marriage and purity in absolute terms: a person is either sexually abstinent or not, either pure or not. Unfortunately, this understanding does not adequately take key LDS teachings on agency fully into account (see 2 Nephi 2, for instance). People who suffer sexual violence or abuse have experienced sexuality in ways that people who are “abstinent” or “pure” have not, and yet because they have not chosen this experience they cannot justly be held accountable for it. Such cases show that the standard of purity is inadequate for understanding the relationship between chastity and agency.

The scriptural usages of virtue to mean “strength” suggest that we might use it to refer to the proper use of agency to govern our behavior rather than understanding it primarily as a reference to chastity—or, by way of purity, to virginity. In this light, using Moroni 9:9 to teach about chastity and virtue is a problem because the verse implies that they can be passively taken from a person, describing how the people of Moriantum, after taking “the daughters of the Lamanites” prisoner, “depriv[ed] them of that which was most dear and precious above all things, which is chastity and virtue.” These Lamanite women did not choose to participate in the depravities of their captors, which means that, in keeping with LDS teachings on agency, we should not understand them either as unchaste or unvirtuous. Violence can compromise agency, and with it the ability to become virtuous, but people can only become unvirtuous through their own choices.

An example from Roman history shows why understanding virtue as “strength” requires the additional emphasis on agency. The word “virtue” comes from the Latin word for “man” (in the male sense, not the generically human sense). This concept of virtue as strength meant that the Romans understood chastity as impenetrability: if someone made it through your defenses, you weren’t really virtuous, weren’t really a man.

So what does it mean for women, specifically, to have virtue? Consider the story of Lucretia, as told in Livy’s history of Rome. At the time of the story, Rome was ruled by King Tarquin. The king’s son, Sextus, saw Lucretia (who was married to his kinsman, Collatinus) and decided to rape her. He visited the house and then entered her chamber in the middle of the night. She resisted him until he, with sword drawn, threatened to kill both her and a slave and leave them in bed together, trying to frame them for “adultery of the lowest kind.” At this point Sextus's “lust prevailed as the victor over her resolute chastity.” By raping Lucretia, Sextus deprived her of her claim to virtue (understood as both strength and chastity) according to their cultural assumption. Consequently, the next morning she killed herself, even though her husband and kinsmen recognized that she was not at fault. Her suicide made her the paradigmatic example of the mindset that death is preferable to loss of chastity. This assumption is not unique to Roman culture: expressions of that idea lasted into late-twentieth-century LDS discourse, though thankfully they have become rare today.

Most people today recognize the injustice of Lucretia’s suicide. She was not to blame. But when we treat chastity and virtue as things that can be taken away, whether through guile or superior strength, we risk taking on the unjust mindset that led to her death. Latter-day Saint scripture speaks of “unrighteous dominion,” suggesting that people often use power in ways that compromise the agency of others (see Doctrine and Covenants 121), but the people whose agency is compromised do not lose virtue as a result. When Mormon wrote about the experience of the daughters of the Lamanites in Moroni 9, it seems he only meant to condemn the terrible things that happened. Writing with an ancient mindset, he focused on the negative effects of male agency, not on female agency. But when we interpret this verse today as an admonition to female chastity, we incorrectly blame women for male actions. We fail to recognize and honor women’s full access to the agency that is near the heart of LDS theology. We wrongly imply that assault victims, by the mere fact of having been assaulted, lose their chastity, and we risk denying them their virtue (understood as their agency) by implying that they must have consented in some way—whether by dressing a certain way, by staying out past curfew, or simply by having been assaulted in the first place.

This mindset can suggest to both victims and their church leaders a need for confession and repentance, when the situation more properly calls for reassurance that the victim has not sinned, together with the gentle work of finding healing through a loving Savior. If this work of healing is our aim, we would refrain from using Moroni 9:9 to discuss women’s chastity. Instead, we can use it to condemn the evils of sexual violence in any form while emphasizing that both chastity and virtue cannot be separated from LDS teachings about agency.

Jason A. Kerr is Assistant Professor of English at Brigham Young University, where he teaches British Literature and the Bible as Literature. The views expressed here do not necessarily represent The Church of Jesus Christ of Latter-day Saints, Brigham Young University, or the Neal A. Maxwell Institute for Religious Scholarship. A more detailed version of Dr. Kerr's discussion of chastity in Moroni 9:9 appears in the latest volume of the Journal of Book of Mormon Studies. You can read the full article free of charge at bit.ly/jbmskerr.