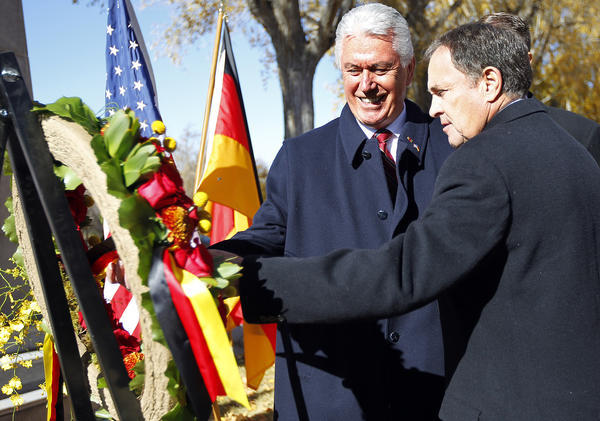 President Uchtdorf Calls for Peace, Recounts Life As a Refugee & Asks All to "Recognize the Humanity We All Have"

MR says: “It takes empathy and action to influence the future of mankind based on dignity, honesty and eternal values — regardless of differences in politics, religion, race or cultural traditions,” President Uchtdorf said, speaking out for peace at a "Volkstrauertag" gathering. After the event, he shared this touching message on Facebook.

Today is the German National Day of Remembrance (Volkstrauertag). I was privileged to speak at this yearly ceremony at...

President Dieter F. Uchtdorf knows first-hand what it means to be a refugee. Twice during his childhood — during World War II and, later, the Cold War — he experienced the fear and uncertainty of being displaced from his homeland.

Sadly, he said, the day of refugees did not end with either of those two historic and tragic events. Today there is a worldwide flow of refugees and emigrants. They need love, prayers, charity and compassion.

► You'll also like: 4 Simple Ways to Help Refugees in Your Community

That was the message President Uchtdorf, second counselor in the First Presidency, shared at the Nov. 15 "Volkstrauertag" gathering at the Fort Douglas Military Cemetery in Salt Lake City.