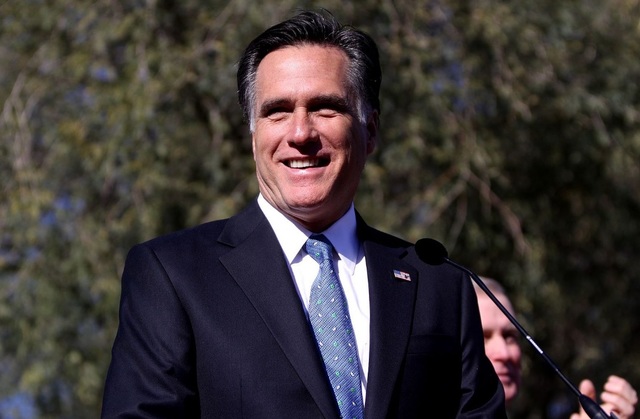 Steve Bannon Attacks Mitt Romney for Missionary Service: "You Hid Behind Your Religion"

On Tuesday night, Steve Bannon attacked Mitt Romney and his family for their lack of "integrity and honor" while stumping for Alabama Senate hopeful Roy Moore.

"By the way, Mitt, while we're on the subject of honor an integrity, you avoided service, brother," Bannon said, according to CNN. "Mitt, here's how it is, brother: The college deferments, we can debate that—but you hid behind your religion. You went to France to be a missionary while guys were dying in rice paddies in Vietnam."

Later on, Bannon added, "You had five sons, not one day of service in Afghanistan and Iraq. . . . Where were the Romneys during those wars? You want to talk about honor and integrity, brother, bring it. Bring it down here to Alabama."

Romney served a 30-month mission in France in the 1960s. About his mission, he said, “Being in a foreign place [preaching] in a foreign language [about] a foreign faith, you do a lot of soul-searching about what you really believe. . . . On a mission, your faith in Jesus Christ either evaporates or it becomes much deeper. For me, it became much deeper.”

A fellow missionary of then-Elder Romney told a French news service, “I’ve never known a harder worker than he.” Many politicians have jumped in to defend Romney, and even President Donald Trump called Mitt Romney "a good man" when he visited Utah Monday and met with Church leaders.

Mitt Romney is a good man. Whether you agree or disagree with him on any matter of public policy, you can’t credibly call into question his patriotism or moral character—especially on the basis of his religious beliefs or his outstanding service as a missionary.

.@MittRomney is right. A Roy Moore victory is no victory for the GOP and the nation. https://t.co/ZVSZTE4GFR— Jeff Flake (@JeffFlake) December 5, 2017

Bannon himself received deferments during the war but later served in the Navy after graduating college.

Matt Bowman, associate professor and author of The Mormon People: The Making of an American Faith, told the Salt Lake Tribune Bannon's comments don't capture the whole story. "Romney did receive a draft deferment while a missionary and student deferments before and after,” Bowman said. “In 1969, he was entered in the draft lottery and drew a very low number, making being drafted unlikely. . . . He in all likelihood would have become a missionary whether the war was on or not.”